This is a short photographic presentation of the impressive rock carved monuments from the Dazu region of Chongqing, China.

The Dazu Rock Carvings are a series of Chinese religious sculptures and carvings located in Dazu District, Chongqing, China. The carvings date back as far as the 7th century AD, depicting and influenced by Buddhist, Confucian and Taoist beliefs. Some are in rock-cut cave shrines, in the usual Chinese Buddhist style, but many others are rock reliefs carved into the open rock faces. 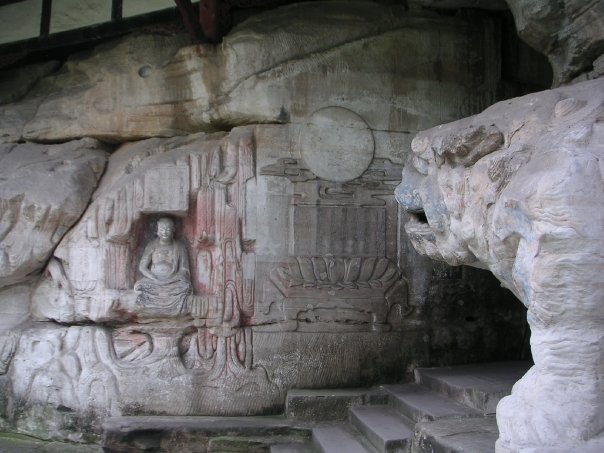 Listed as a World Heritage Site, the Dazu Rock Carvings are made up of 75 protected sites containing some 50,000 statues, with over 100,000 Chinese characters forming inscriptions and epigraphs.

The earliest carvings were begun in 650 AD during the early Tang dynasty, but the main period of their creation began in the late 9th century, when Wei Junjing, Prefect of Changzhou, pioneered the carvings on Mount Beishan, and his example was followed after the collapse of the Tang dynasty by local and gentry, monks and nuns, and ordinary people during the Five Dynasties and Ten Kingdoms period (907-65). In the 12th century, during the Song dynasty, a Buddhist monk named Zhao Zhifeng began work on the elaborate sculptures and carvings on Mount Baoding, dedicating 70 years of his life to the project.

One thought on “China – Chongqing – The impressive Dazu rock carvings”