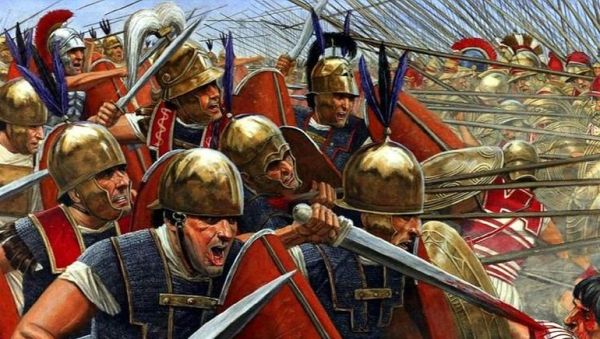 The configuration of an elite force directly attached to the imperial office had many implications. Given that this was initially an arithmetically rather small corps and, therefore, could not campaign individually against the enemies of the empire, its primary purpose was to circumscribe the loyalty of the provincial armies. END_OF_DOCUMENT_TOKEN_TO_BE_REPLACED

“Don’t allow your army to be broken up or to become poor, or you will become poor yourself, and consider yourself very wretched. The army is the glory of the Emperor, and the power of the palace. For, if there is no army, the state (Treasury) cannot stand firm, but anyone who wants to will by all means oppose you. Endeavour, at all times, (to see) that the fleet grows, and that you have it at full strength; for the fleet is the glory of the Roman realm”. (lines from the late 11th century so-called Strategikon of Kekaumenos) END_OF_DOCUMENT_TOKEN_TO_BE_REPLACED