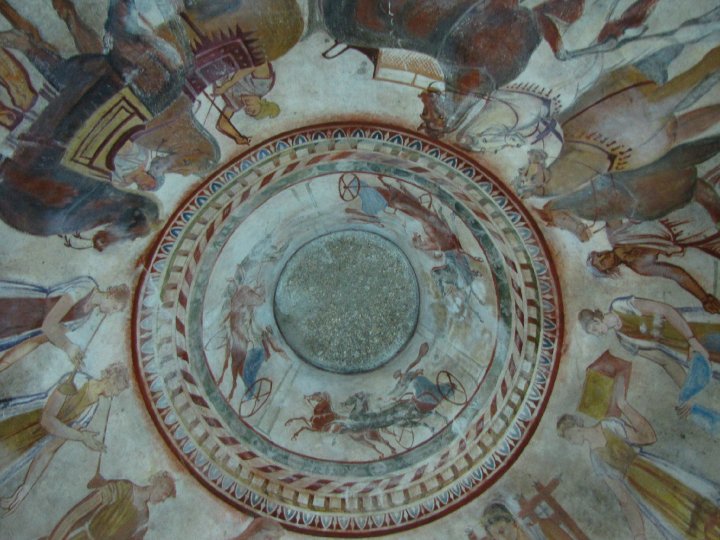 In this article we present five Thracian funerary sites that were found in today’s Bulgaria.

Discovered in 1944, this tomb dates from the Hellenistic period, around the end of the 4th century BC. It is located near Seutopolis, the capital city of the Thracian king Seutes III, and is part of a large Thracian necropolis. The tholos has a narrow corridor and a round burial chamber, both decorated with murals representing Thracian burial rituals and culture. These paintings are Bulgaria’s best-preserved artistic masterpieces from the Hellenistic period. 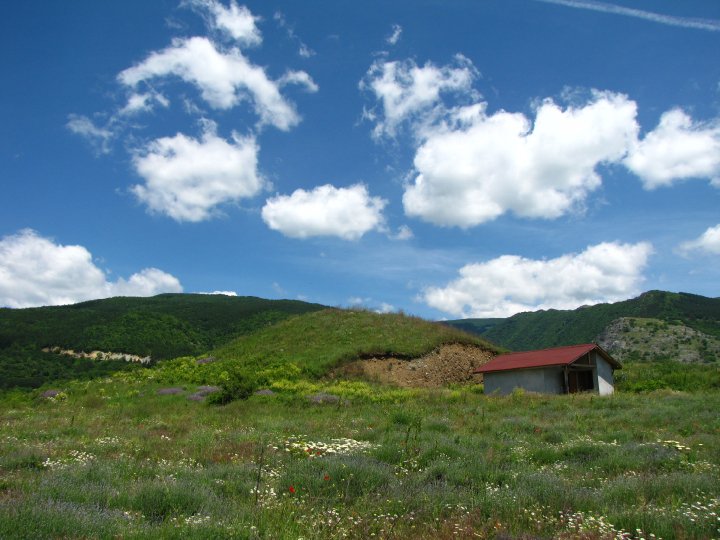 The Thracian tomb of Kazanlak is a unique aesthetic and artistic work. This monument is the only one of its kind anywhere in the world. The exceptionally well preserved frescos and the original condition of the structure reveal the remarkable evolution and high level of culture and pictorial art in Hellenistic Thrace. 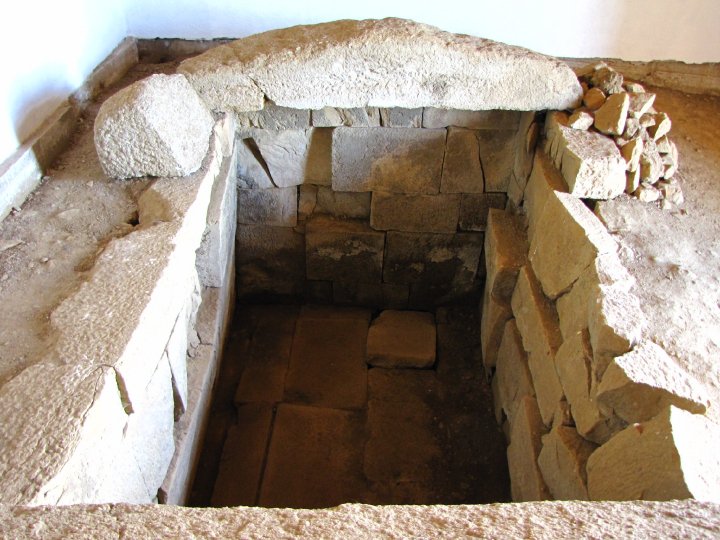 The tomb is part of a large royal Thracian necropolis in the Valley of the Thracian Rulers near their ancient capital of Seuthopolis in a region where more than a thousand tombs of kings and members of the Thracian aristocracy can be found.

It comprises a narrow corridor and a round burial chamber, both decorated with murals representing a Thracian couple at a ritual funeral feast.[1] The monument dates back to the 4th century BCE and has been on the UNESCO protected World Heritage Site list since 1979.

The Thracian temple in mound “Shoushmanets” is located in the region called “Valley of the Thracian Kings”, south of the town of Shipka, about 200 meters northeast of the other Thracian Tomb – Helvetia.

The site was discovered by the archaeologist Georgi Kitov in 1996.

The ritual complex dates back ІVc.BC and is used also as necropolis. The temple is architecturally unique and is one of the most representative works of the Thracian architecture. 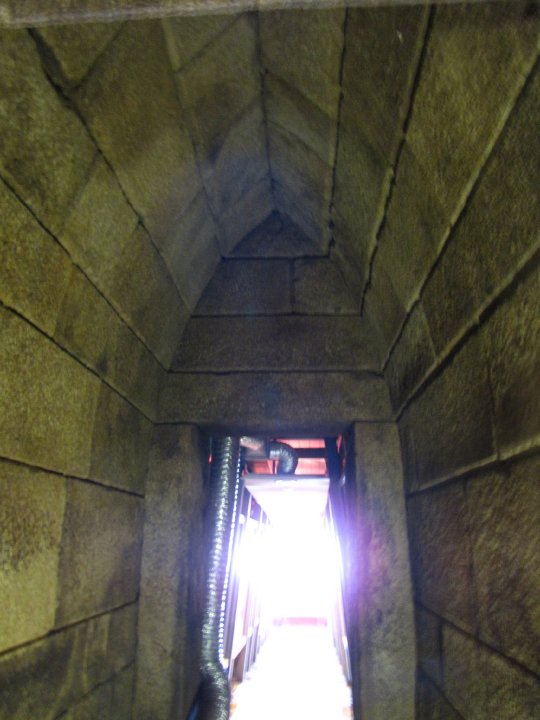 This is the only Thracian temple with columns into both: the porch and the camera.

The tomb is built of large, well-formed stone blocks and the floors and the walls are processed with plaster. It consists of a wide, yard-like corridor, a prominent facade, lobby with a semi-cylindrical vault, supported by Doric column with Ionic capital and a circular chamber with other column. 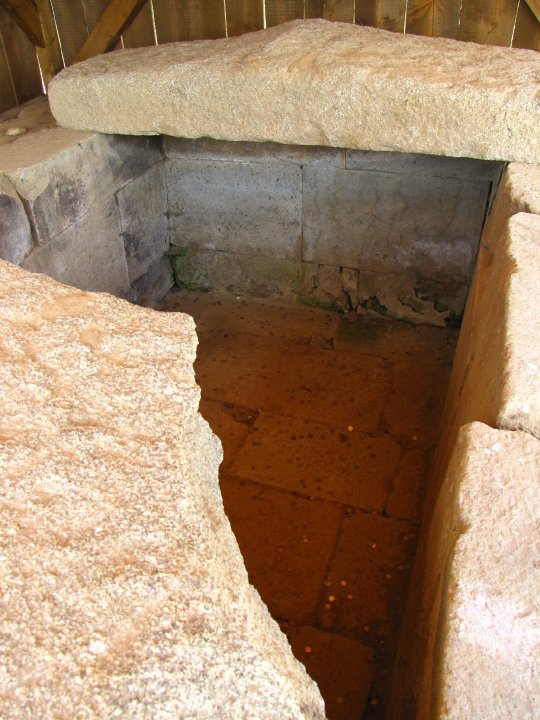 The Thracian cult complex in Chetinyova mound near village of Starosel was discovered and excavated by Georgi Kitov (1943-2008) in 2000. 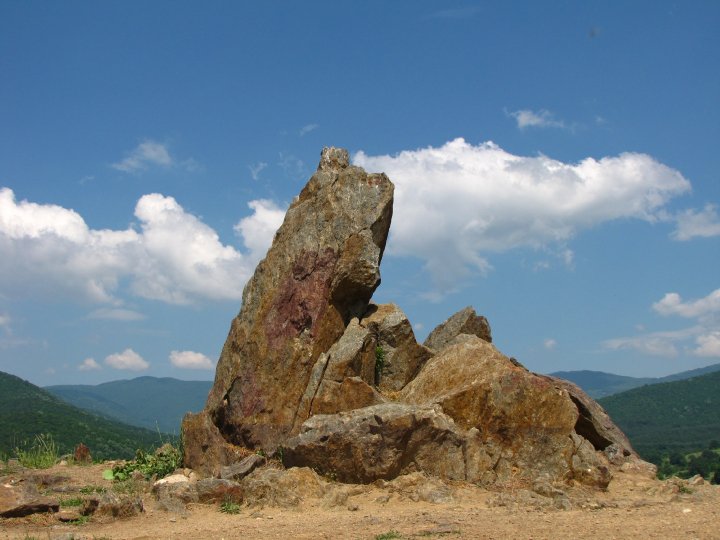 It is the largest ever found Thracian royal mausoleum complex. 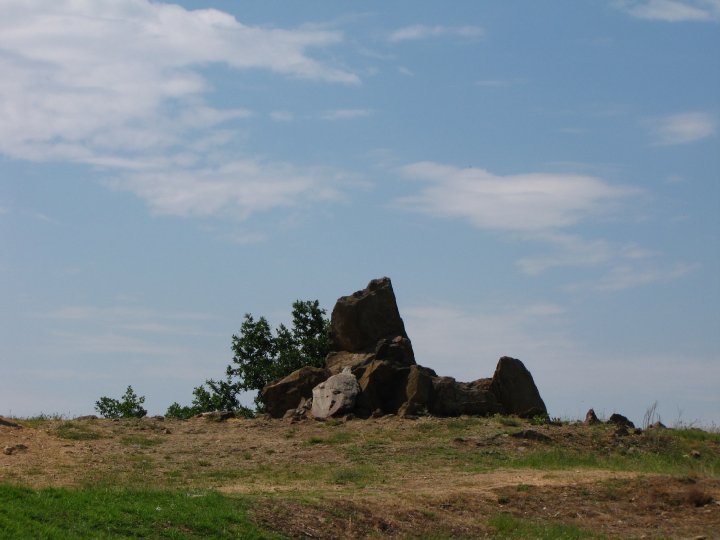 The complex dates back to the V – IV century BC. 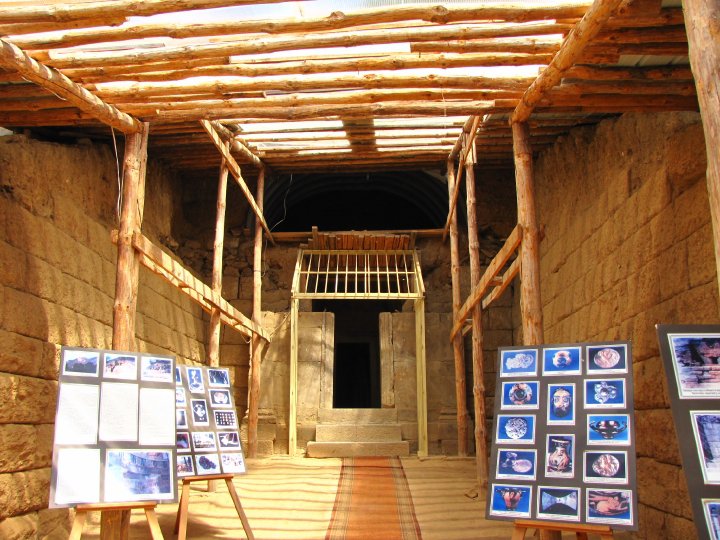 The entrance is paved with slabs of plastic and colored decoration. 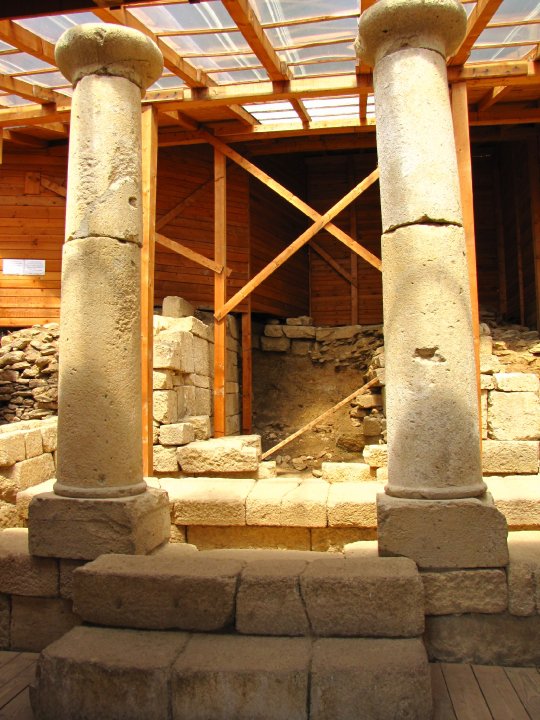 On the north side of the temple is dug an elliptical rock bath for production and storage of wine.

When excavations were found inside vessels for wine drinking and strainers.

30 m. south of the domed building, was found a “cenotaph” – an empty grave, and around it in three separate tanks – remnants of the human body and lot of gifts – gold ring craft, horse ammunition, weapons.

At the foot of the Chetinyova mound complex is located а tomb (called “Mound Horizon”). 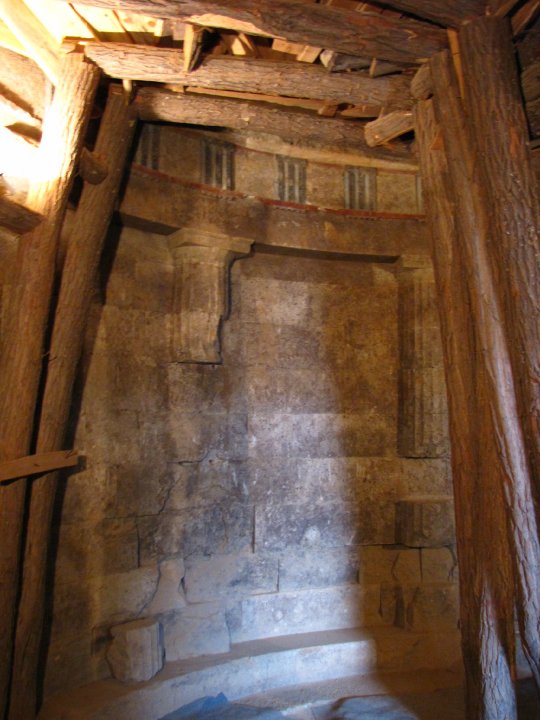 This is the only discovered Thracian heroon which has columns (10). 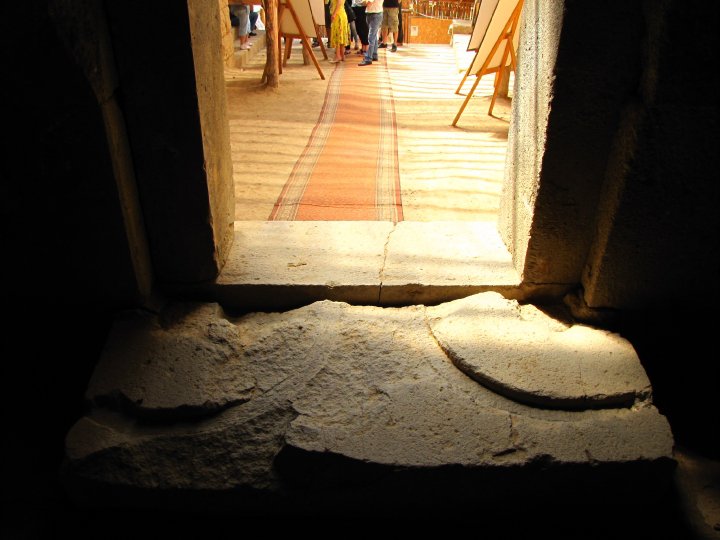 The columns have capitals in early Doric style. In this tomb was buried representative of the Thracian aristocracy, as evidenced by discovered gold and silver objects.

The Sveshtari Thracian Vault (aka Sveshtari Tomb) is a unique monument of the Thracian Hellenistic art, dating back to the first half of the III-th century B.C. It was discovered 2.5km south-west of village of Sveshtari (34 km away from town of Razgrad) at the archaeological excavations of a Thracian mound in 1982. 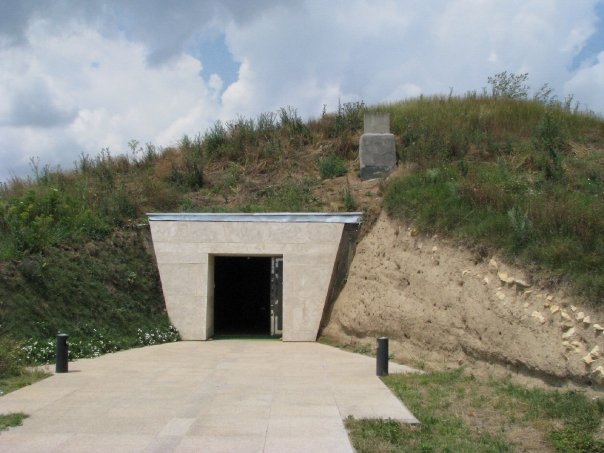 The Vault comprises a passageway and 3 almost square chambers, covered by semicircular vaults.

In the central chamber 2 stone beds are to be seen and above the embossed ornaments, one could admire a scene of religious character, reproducing the act of deification of a distinguished Thracian. 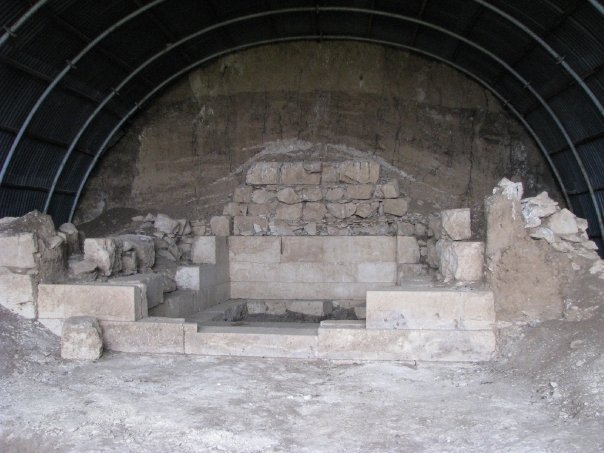 The funeral ritual, as well as the construction, architecture and ornaments evidence that a Thracian ruler has been buried there.

The Thracian cult complex Heroon near “Jaba mogila” (“Frog Mound”) is located a few kilometers south-eastern of town of Strelcha. The tomb was discovered in the mid 70’s of XX century by the archaeologist Georgi Kitov and is one of the largest and most impressive Thracian tombs in Bulgaria. The name “Zhaba mogila” (“zhaba” = “frog”) comes from a large ditch (30 m wide and 3-4 meters deep), which existed around and over the years was waterlogged.

The complex dates back to the V-IV century BC and consist of tomb-mausoleum and a sanctuary.  The tomb entrance is surrounded by stone plates on which was engraved a very rich decoration.

One thought on “Thracian Tombs in Bulgaria”