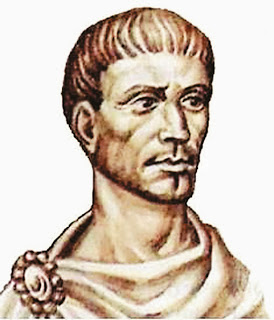 Study proved that ‘algebric’ ways to solve practical problems have been invented by ancient Greek mathematicians, at least from Diophantus‘ era.

If you want to have success while searching old manuscripts, it would be good to obtain some of the qualifications that old knitters had! An eye trained to details, observingness, concentration, discipline, patience, good knowledge of every stitch and every little mark you may meet, it is worthy to give importance even to the margins, to have a sense of the complete work, additionally some experience, maybe some luck, and definetly infinite time!

Fortunately, there are still people interested to pass not only days or weeks, but even years doing this, even without reward; and university Professors, too, who besides providing guidance, can evaluate a possible find.

“I found something which I think you will find interesting. In Theon’s commentary, in book 13 of ‘Syntaxis’, in many points there is the quote ζήτει το εξής εν τοις σχολίοις’…”.

This is how an email from the (then) candidate Dr. Ioanna Skoura to her Professor, Jean Christianidis (deputy Professor in History of Mathematics in the special section of Theory of Science), started. The Professor from his side, being himself one of the most devoted scholars of Diophantus, realized from the beginning that this ‘something’ would interest many more people than the few specialized sholars of Ptolemy, Diophantus, Theon’s commentary and of the later Greek antiquity. He realized that it would give a new dimension to the opinion related to the ability of usage, by the Greek mathematicians, of ‘algebric’ problem-solving methods.

The leap to equations

‘Algebra‘; The quotation marks are put so that it is stressed that we are not talking about the complete shape of the edifice we know today, as a separate branch of Mathematics, with positive and negative numbers, with variables and parameters, with theorems about groups, rings and bodies. What took the name ‘algebra’ was in its nucleus an expression with equations, of a general way to solve problems. In a few words, Greek mathematicians had found, already from Diophantus’ era (and we cannot estimate how much earlier), the way to solve practical problems by ‘translating’ the practical problem to an equation, something proportional to our modern ‘unknown X’. The importance of the discovery by Christianidis and Skoura lays on the fact that it was found and proved that Theon used the ‘algebric’ methods of Diophantus in other fields, too. Most likely, it was in common use for the people of the time for the solving of practical arithmetic problems. What he did was that he proceeded to the solution of a purely geometrical metering problem, from Astronomy, related to the trajectory of planet Mars, converting it to an equation. It is the first time something like this is confirmed, with the help of the manuscript and the comments engraved on it. 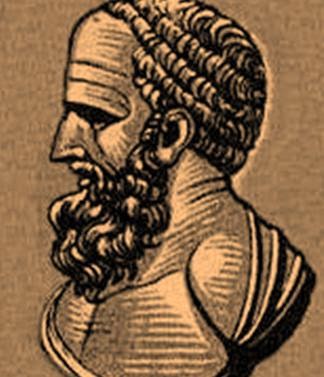 After the find of the two Greek mathematicians was published in one of the strictest Journals, in the Japanese SCIAMVS (14, 2013 41-57), we can so-forth claim that the basic roots of ‘algebra’ must be traced in the direction that Diophantus and Theon show to us.

(You can read the complete published work here  http://www.academia.edu/11436349/Solving_problems_by_algebra_in_late_antiquity_New_evidence_from_an_unpublished_fragment_of_Theons_commentary_on_the_Almagest)