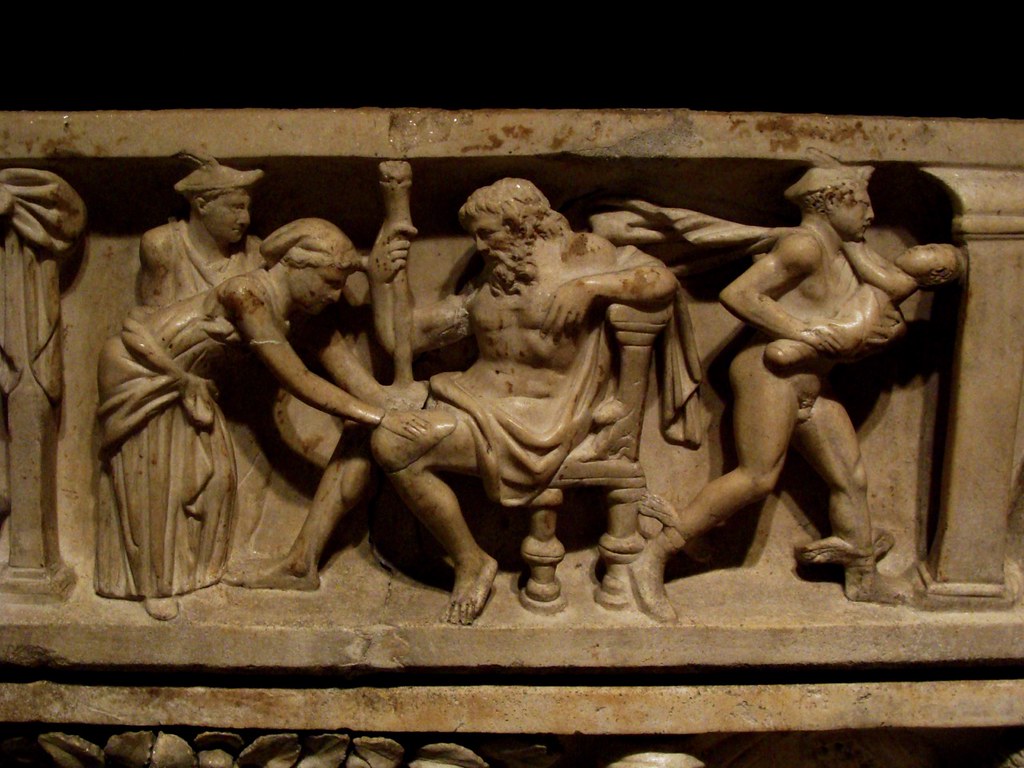 The narrative of caesarean birth appears on several occasions in Greek mythology. It involves central figures of the pantheon including some the major deities of the Olympians: Zeus, Apollo, Artemis, Aphrodite, Asclepius, Dionysus and Adonis. Several such occasions are described here while a medical interpretation of them is suggested. 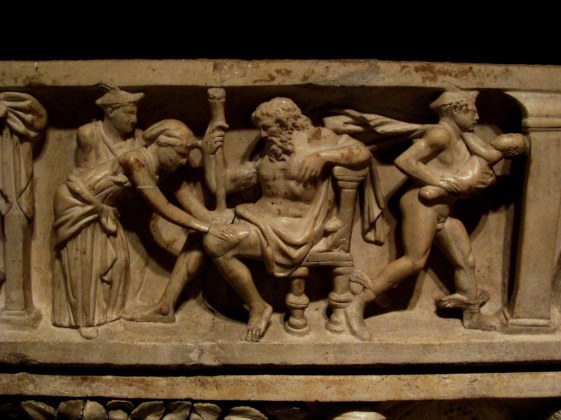 The birth of Dionysus

Dionysus’s birth is exceedingly complicated and picturesque. Dionysus was a son of Zeus, the King of Gods and of Semele, a mortal woman. Semele was loved by Zeus and when she became pregnant, Zeus promised to grant her whatever she might ask. Put up by Hera, Zeus’s wife and the Goddess of women and marriage, Semele asked Zeus to appear to her in his divine form. When Zeus appeared to Semele, she was consumed by the fire of his thunderbolt.

Seeing that, Zeus extracted his unborn son from his mother’s womb (i.e. a postmortem or perimortem caesarean section). Apparently all that happened remote from term (prematurely), since Zeus sewed Dionysus into his own thigh from where in due course he was born. Not only was Dionysus born by a postmortem caesarean section, but also as a fetus he was transformed from one parent to another and successfully delivered thereafter. In this version, Dionysus is “twice-born” (by Semele and by Zeus). This is probably why Dionysus name contains the name of ‘Zeus’, i.e. ‘ son of Zeus’.

The birth of Asclepius

In Greek mythology, Asclepius is the God of medicine and healing. Asclepius was a son of Apollo, the God of light and the sun, and Coronis, a mortal woman. Coronis was loved by Apollo and soon become pregnant with Asclepius. At that time, using his own prophetic powers, Apollo learned that she was unfaithful to him with Ischys (an Arcadian), another mortal. Once Apollo learned of her infidelity, he had slain Coronis, probably with the help of his twin sister Artemis, the Goddess of hunting, childbirth and virginity. It had probably happened in Coronis’s own house at Lacereia in Thessaly, on the shore of lake Baebia.

When the body of Coronis was to be burnt, Apollo suddenly tried to save his unborn son. So, he with the help of Hermes, the God of transitions and boundaries, had snatched Asclepius from Coronis’s womb. This ‘caesarean operation’ occurred on the funeral pyre while Coronis’s body was already in flames. From this event Asclepius received his name (‘to cut open’). 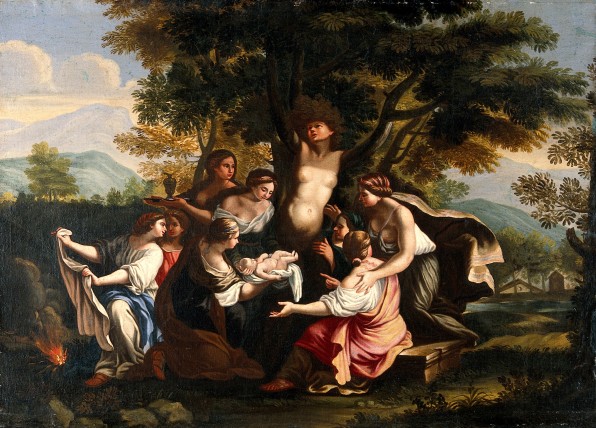 The birth of Adonis

In Greek mythology, Adonis is the God of beauty and desire. Adonis was a son of Myrrha (Smyrna) and her father Theias. Aphrodite, the Goddess of love had inspired the unnatural love between Theias and Myrrha by deceiving him as to her identity. Eventually, Myrrha became pregnant with Adonis.

When Theias discovered the truth, he wanted to slay Myrrha, but the gods, out of pity, changed her into a tree, by the same name. After ten months the tree opened up and gave birth to Adonis. Apolodoro, a 2nd century BC mythographer described Adonis’s birth as a caesarean delivery.

The three myths on the subject of caesarean birth narrative do in fact represent three different medical situations: ante-, peri, and post-mortem caesarean sections. The birth of Asclepius is definitely post-mortem. Coronis was dead and actually on the funeral pyre when Apollo extracted Asclepius from Coronis’ womb. The extraction of Dionysus from his mothers’ womb is probably a peri-mortem event. Semele was injured by Zeus’ thunderbolt that did not have to be necessarily an immediately fatal injury. Yet, the injury was so severe that she could not be saved and Zeus decided to save the infant. She got on fire and was dying when Zeus extracted Dionysus from her womb.

The myths of caesarean delivery may be an accurate reflection of normal medical practice in their culture at the time, or it may be an expression of glorification of a certain hero. After the myth has been created it was usually continue to be told because it satisfied some psychological need in the minds of their hearers. Some mythologists regard myths as survival of historical past. In this context, repeated description of extraction of a child from his mother’s womb in an unnatural way may reflect a contemporary medical practice. On two occasions, the birth of Dionysus and the birth of Asclepius, a postmortem caesarean section is described.

The oldest recall of a living child born by a postmortem caesarean section in the ancient world is considered to be that of Gorgias in 483 BC. Gorgias (483-376 BC) was a Greek sophist and rhetorician born in a Leontini, Syracuse province of Sicily.

Since postmortem caesarean birth was mentioned more than once in Greek mythology and concurrently it was mentioned many times in legends of so many cultures, it is possible, however not obligatory, that it was not solely a fantasy but also reflected a contemporary medical practice.