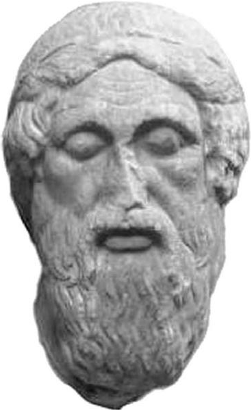 The “Iliad” and “Odyssey” of Homer are the foundation stones of classical Greek literature. Homer was read, memorized and quoted throughout the great age of ancient Greece, and was regarded as the poet who surpassed all others. The Iliad and the Odyssey comprise two of the most important works of classical Greek literature. The Iliad, in particular, is considered to be a prominent and representative work of the tradition of the ancient Greek epic poetry. By means of a vivid, unsurpassed description of the war of Troy the poet presents the battles which took place during the last year of this 10-year war. In an ambient of insufferable impatience-or even despair-as well as nostalgia for their country, the Trojans faced the Achaeans, the former being exhausted due to the longlasting siege of the latter. Homer offers the description of a merciless and rabid combat that leads to the destructive, on the part of the Trojans, ending. The poem unravels the story of a war which proves to be a vacillating and inexpedient conflict.

It must have been similarly easy for a skilful writer, such as Homer, to produce extensive descriptions of these wounds. Indeed, the Iliad abounds with such descriptions of wounds of all kinds, ranging from light to instantaneously fatal ones. The latter involve mainly injuries to the head and the torso, and more particularly the chest. This study will focus on the descriptions which especially involve chest injuries caused during the Trojan War. It goes without saying that in such a war there would be thousands of wounds. What would be of interest here is to examine the chest wounds, especially those which are described in detail, be it the wound of a prominent war hero (“Afterwards with Erymas, Amphoteros, and Epaltes, Tlepolemos Damastor’s son, Echios and Pyris, Ipheus and Euippos, and Argeas’ son Polymelos, all these he felled to the bountiful earth in rapid succession”) (b. 16, v. 415-418) or that of an inconspicuous victim.

In order to discern the diverse injuries mentioned in the Iliad, a meticulous reading of the whole poem is necessary.

Concerning the estimation of the gravity and mortality of the thoracic injuries, there is great difficulty either because there is a lack of medical details or because of the lack of continuity in the description of the injury.

Injuries according to rhapsodies

From a total of 151 injuries, 54 are injuries of the chest (35, 76%). Santos G includes a much smaller percentage in his survey (20%) since the survey mentions 26 chest injuries out of 130. The 54 injuries mentioned in our survey include 53 warriors and two of them involved the same warrior, Diomedes.

Localization of the thoracic injuries

The gravity and mortality of the thoracic injuries

According to the aforementioned evaluation of injuries, the 54 thoracic injuries mentioned in Homer’s work can be categorized as follows:

It goes without saying that in a large-scale campaign like the one organized by the Achaeans the presence of doctors would have been more than necessary. Indeed, two of Asklepios’ sons, Mahaon and Podaleirios, are referred to by the poet as doctors who participated in the campaign. They also fought in the battlefield (b.11, v. 836).

In 4 cases of thoracic injuries there is a therapeutic or medical intervention. In case 2 (b. 4, v.134-140) Pandarus’ arrow injures Menelaus. Venous blood gushes out of his thoracic wound (“from the cut there gushed a cloud of dark blood” (b. 4, v. 140) and it is running on his thighs and calf and reached his ankles (“so, Menelaos, your shapely thighs were stained with the colour of blood, and your legs also and the ankles beneath them”) (b. 4, v. 146-147) and Agamemnon panics. He orders that they find Mahaon, son of Asklepios, who seems to have been a skilled doctor so that he could remove the arrow and use herbs which will alleviate the pain. (“But the physician will handle the wound and apply over it healing salves, by which he can put an end to the black pains”) (b. 4, v. 190-191). This also demonstrates that Agamemnon was aware of the therapeutic procedure to be followed. Indeed, Mahaon first removed the arrow from the thorax and then from the flesh, which was profoundly wounded, and then he draw blood from the wound so that the venom would not enter his body. Finally, he placed therapeutic herbs over the wound, the ones which wise Cheiron had taught his father to use (b. 4, v. 213-219). It seems that Mahaon himself was injured at some point since he was in the battlefield and fought while the battle was taking place.

In case 29 Mahaon was hit by Paris with an arrow on his right shoulder and was forced to stay outside the battlefield (b. 11, v. 505-507). The Achaeans decided to cease their charge because of their fear that Mahaon will fall into the hands of the Trojans. (b. 11, v. 508-509) Idomeneus called Nestor to lead the doctor away from the battlefield to the ships (b. 11, v. 511-513). Even in the heat of the battle Idomeneus does not hesitate to praise Mahaon for his therapeutic methods since the latter can remove the arrows and use the appropriate medicines (“A healer is a man worth many men in his knowledge of cutting out arrows and putting kindly medicines on wounds”) (b. 11, v. 514-515). In the same rhapsody and towards the end of it there is another reference to Mahaon’s injury as well as to that of his brother, Podaleirios.

Eurypylos is injured in his thigh with an arrow and he begs Patroclus to bring him into his tent so that the latter can heal him. Patroclus was taught how to heal by Achilles and since both Mahaon and Podaleirios are not available, he is the only one who can help Eurypylos. (“But help save me now at least, leading me away to my black ship, and cut the arrow out of my thigh, wash the dark blood running out of it with warm water, and put kind medicines on it, good ones, which they say you have been told of by Achilles, since Cheiron, most righteous of the Centaurs, told him about them. As for Machaon and Podaleirios, who were healers, I think Machaon has got a wound, and is in the shelters lying there, and himself is in need of a blameless healer, while the other in the plain is standing the bitter attack of the Trojans”) (b. 11, v. 827-835). Homer describes the removal of the arrow from his thigh with Patroclus’ knife, the consequent administration of medicines and the nursing of the wound (b. 11, v. 842-848).

The third reference to an injury which received medical care was the one which was caused by Amphitryoniades (Zeus’ illegitimate son) with an arrow which he threw against Hades in front of the gates of the dead (b. 5, v. 394-397). Hades resorted to Zeus and, in the end, his wound was treated by Paieon with the use of medicines from Olympos (b. 5, v. 401-2 and v. 889-890). Finally, in case 11 Pandarus’ arrow is struck in Diomedes’ right shoulder. The arrow penetrates his chest (we can infer that it went across the thoracic wall) and it goes out on the other side filling the chest with blood (b. 5, v. 98-100). Then Diomedes asked Sthenelos to remove the arrow (b. 5, v. 109-110). Indeed, Sthenelos dismounted from his chariot and pulled the arrow from his chest. It appears that the arrow had been firmly fixed in his chest since, when Sthenelos removed it, blood gushed from the wound and stained his tunic (b. 5, v. 111-113).

A plethora of medical terms reinforce the idea that Homer was a knowledgeable poet. There are at least 150 references to anatomical terms, mainly referring to topographic anatomy. It is unlikely that a blind poet would have been able to describe the injuries using medical terms without being aware of their meaning.