The first clear and complete description of diabetes was made by Aretaeus of Cappadocia, a famous physician of the late Hellenistic period. His analysis of diabetes represents, in fact, the only extensive text of Greek medical literature in existence. His medical writings are moreover unique in the history of ancient medicine for their precision and thoroughness, constituting as they do a creative synthesis of widely accepted ideas in ancient Greek medicine enhanced and augmented by the original conclusions drawn by Aretaeus by virtue of his singular capacity for observation of patients’ symptoms.

Aretaeus’ treatises, well known in his time, were not translated into Latin and remained unknown in the West until the middle of the 16th century when, in 1552, the first Latin edition was published in Venice. His text on diabetes stands out for its exemplification of his breadth of knowledge, soundness of judgment, and elegance and precision of writing.

Aretaeus, surnamed the Cappadocian, is probably the greatest physician of Greco-Roman antiquity after Hippocrates, and at least the equal of Galen. Born in Cappadocia, a region of eastern Asia Minor, he studied medicine in Alexandria and practiced in Rome.

Aretaeus belonged to the Eclectic School of Medicine (Greek: Εκλεκτικοί). Its members were so called because they selected from previous medical treatises those parts which they deemed most rational.

The medical practice of Aretaeus was also based on the principles of the Pneumatic School, founded by Athenaeus of Cilicia in the 1st century AD, which believed in the vital role of both pneuma (air) and the qualitative characteristics of certain fundamental elements, known as the four humours (heat, coldness, moisture, dryness), in the causation of diseases.

No medical author of antiquity surpasses Aretaeus in his vivid portrayal of disease. Some examples of the many diseases he discussed in admirable descriptions are pleurisy with empyema, asthma, pneumonia, cerebral apoplexy, paraplegia, tetanus, hysteria, epilepsy, diabetes, gout, diphtheria. Furthermore, he was the earliest medical author to distinguish between conveyance of the disease by actual contact (contagion) and transmission of disease at a distance (infection). Aretaeus enters into very meticulous detail when he discusses the subject of diagnosis, his methods of treatment being based largely upon his own experience and generally being of a simple character.

The manner in which Aretaeus succeeded in attaining such a high level of accuracy in describing these pathological conditions remains unknown.

In the age of Aretaeus, limited background knowledge existed on diabetes. Physicians such as Rufus of Ephesus (c. 1st century AD), Galen (130 – c.201), and Pseudo-Galen were the only direct ancient Greek medical sources of that period. Unfortunately, the chapter on diabetes from Caelius Aurelianus’ Latin translation of the work by Soranus of Ephesus (c.98-138) On Acute and Chronic Disease has been lost. The same fate has befallen the authentic ancient Greek text.

Aretaeus described diabetes and introduced the term into medical nomenclature. The term stems from the Greek verb διαβαίνω (diabaino) which means “to go or run through”.

It is pertinent at this point to quote a passage of his text: “Diabetes is a remarkable affliction, not very frequent among men… The course is the common one, namely, the kidneys and the bladder; for the patients never stop making water, but the flow is incessant, as if from the opening of aqueducts… The nature of the disease, then, is chronic, and it takes a long period to form; but the patient is short-lived, if the constitution of the disease be completely established; for the melting is rapid, the death speedy. Moreover, life is disgusting and painful; thirst, unquenchable; excessive drinking, which, however, is disproportionate to the large quantity of urine, for more urine is passed; and one cannot stop them either from drinking or making water. Or if for a time they abstain from drinking, their mouth becomes parched and their body dry; the viscera seems as if scorched up; they are affected with nausea, restlessness, and a burning thirst; and at no distant term they expire. They thirst, as if scorched up with fire … But if it increases still more, the heat is small indeed, but pungent, and seated in the intestines; the abdomen is shriveled, the veins protuberant, and there is general emaciation, when the quantity of urine and the thirst have already increased; and when, at the same time, the sensation appears at the extremity of the member, the patients immediately make water. Hence, the disease appears to me to have got the name diabetes as if from the Greek word διαβήτης (which signifies a siphon), because the fluid does not remain in the body, but uses the man’s body as a ladder, whereby to leave it. They survive not for long, for they pass urine with pain, and the emaciation is dreadful; nor does any great portion of the drink get into the system, and many parts of the flesh pass out along with the urine”.

His full text on diabetes can be divided into three parts. In the first part, all the common signs and symptoms of the disease are presented, following the same pattern as previously employed without providing any new insights or information in the content.

The etiology is attributed to moisture and coldness, reflecting Aretaeus’ attachment to the Pneumatic School. The emphasis on the role of the kidneys and the bladder indicates a similarity with Galen. He mentions characteristically: “…in diabetes, the flow of the humour from the affected part and the melting is the same (as in dropsy), but the defluxion is detrimental to the kidneys and bladder… In the latter disease (diabetes), the thirst is greater; for the fluid running off dries the body…”.

The only substantial difference is to be detected in their respective styles, since Aretaeus’ description of the loss of weight and the thirst is achieved in a much more elaborate and vigorous way.

In the second part of Aretaeus’ text, where the patient’s symptoms are intricately but eminently clearly analyzed according to the stages of disease progression, valuable new information is presented which is missing from other physicians’ medical texts. It is however interesting to note that this mode of description by evolutional stages is that of Soranus of Ephesus (a Greek physician from Ephesus active between the 1st and 2nd century AD), as this is revealed not only through Caelius Aurelianus’ Latin translation but also via study of the surviving texts of Soranus of Ephesus himself. Soranus’ influence on Aretaeus’ treatise on diabetes is thus obvious, even though Soranus’ actual chapter on the disease is no longer available either in the original or in the Latin translation. One may further substantiate this assumption by comparing other diseases that were presented in a similar way by Aretaeus and Soranus.

Epilepsy is one such an illustrative example because its symptoms have an analogous graduated appearance, this factor aiding in the comparison. We can therefore perceive that Aretaeus fully adopts Soranus’ classification for the stages of epilepsy by applying
the same approach.

In the final part of his manuscript on diabetes Aretaeus presents even more novel particulars and insights. One the one hand, he hypothesizes a correlation of diabetes with other diseases, this leading to the conclusion, probably original in conception, that a series of events occur in the organism that manifest the onset of the disease. On the other hand, he discusses differential diagnosis, citing the fact that snakebite may provoke excessive thirst (dipsada).

The text clearly reveals Aretaeus’ great capacity for observation and interpretation of the symptoms of diabetes, which far surpassed those of any other ancient Greek physician.

(Source: “Aretaeus of Cappadocia and the first description of diabetes”, by Konstantinos Laios et al.) 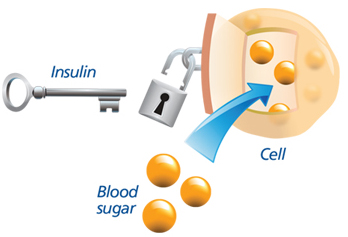