This post is mostly a photographic presentation of monuments from Anyang & Zhengzhou, Henan province, China.

Anyang is a prefecture-level city in Henan province, China. The northernmost city in Henan, Anyang borders Puyang to the east, Hebi and Xinxiang to the south, and the provinces of Shanxi and Hebei to its west and north respectively.

Anyang city is an ancient city with a history of over 3,000 years and is one of the Eight Ancient Capitals of China, and also one of the best preserved. It is one of the key birthplaces of Chinese ancient culture. Here are the primitive caves of 25,000 years ago, the overlapping strata of the Yangshao Culture, Longshan Culture and Xiaotun Culture, the memorial mausoleums of ancient Emperor Zhuanxu and Emperor Ku over 4,000 years ago, the first library of inscriptions on bones and tortoise shells, the Soul Spring Temple, known as the “First Ancient Buddhist Temple in Henan”, and 10,000-Buddha Ravine, as well as unique Wenfeng Pagoda, Xiuding Temple Pagoda and Mingfu Temple Pagoda.

Zhengzhou is the capital and largest city of Henan Province in the central part of the People’s Republic of China. It is one of the National Central Cities in China, the centre of Central Plains area and serves as the political, economic, technological, and educational center of the province, as well as a major transportation hub in China (highway, railway, aviation, communication)

The Shang dynasty established Aodu or Bodu in Zhengzhou. This prehistorical city had become abandoned as ruins long before the First Emperor of China in BC 260. Since 1950, archaeological finds in a walled city in Eastern Zhengzhou have provided evidence of Neolithic Shang dynasty settlements in the area. Outside this city, remains of large public buildings and a complex of small settlements have been discovered. The site is generally identified with the Shang capital of Ao and is preserved in the Shang dynasty Ruins monument in Guanchen District. The Shang, who continually moved their capital due to frequent natural disasters, left Ao at around 13th century BC. The site, nevertheless, remained occupied; Zhou (post-1050 BC) tombs have also been discovered. Legend suggests that in the Western Zhou period (1111–771 BC) the site became the fief of a family named Guan. From this derives the name borne by the county (xian) since the late 6th century BC—Guancheng (City of the Guan). The city first became the seat of a prefectural administration in AD 587, when it was named Guanzhou. In 605 it was first called Zhengzhou—a name by which it has been known virtually ever since.

The name Zhengzhou came from the Sui dynasty (AD 582), even though it was located in Chenggao, another town. The government moved to the contemporary city during the Tang dynasty. It achieved its greatest importance under the Sui (AD 581–618), Tang (618–907), and early Song (960–1127) dynasties, when it was the terminus of the New Bian Canal, which joined the Yellow River to the northwest. There, at a place called Heyin, a vast granary complex was established to supply the capitals at Luoyang and Chang’an to the west and the frontier armies to the north. In the Song period, however, the transfer of the capital eastward to Kaifeng robbed Zhengzhou of much of its importance. 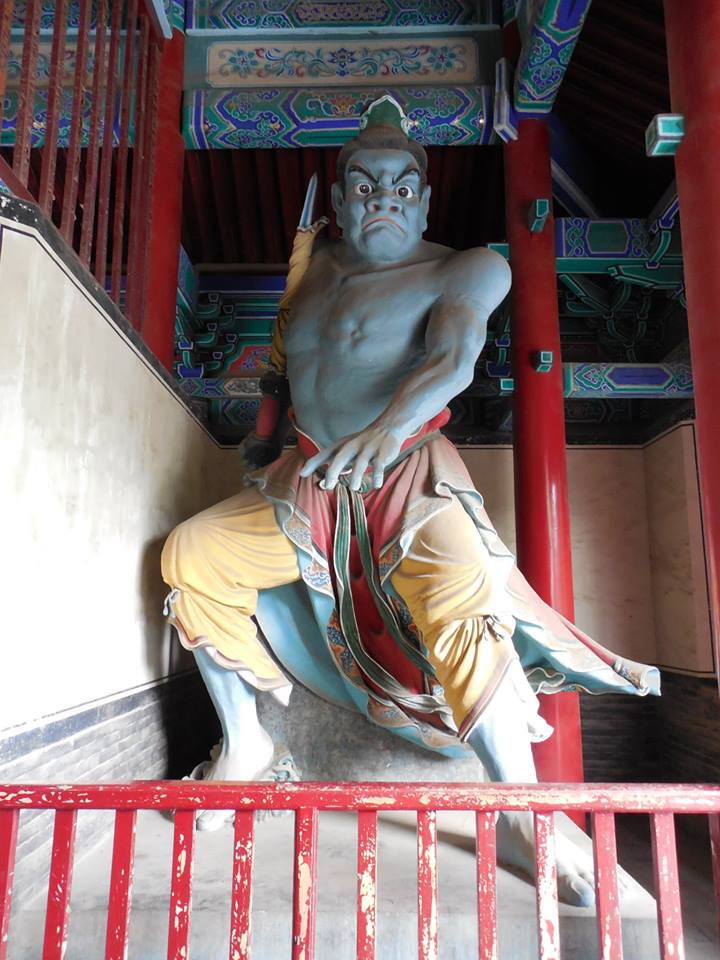