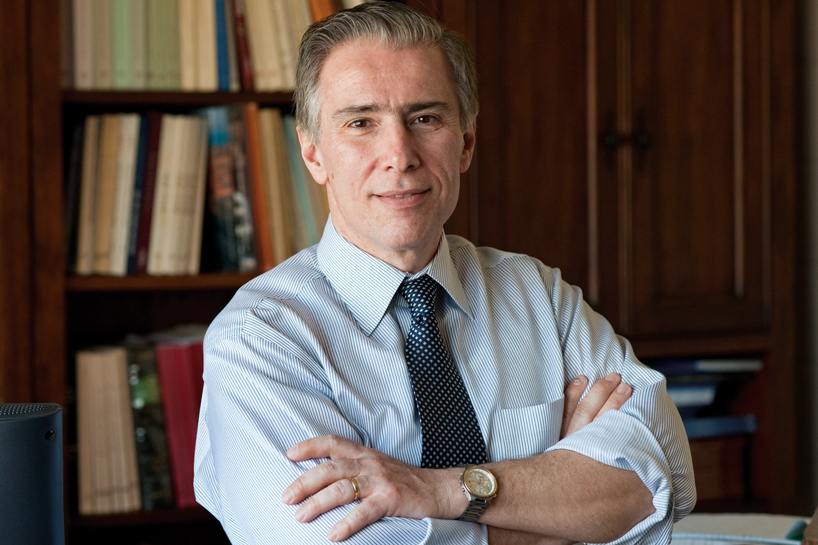 Michael Cosmopoulos is an archaeologist trained in anthropology, a classicist, and art historian, specializing in religion and states in ancient Greece.

He is Professor of Archaeology and holder of the Hellenic Government-Karakas Foundation Endowed Professorship in Greek Studies at the University of Missouri-St. Louis.

Dr. Cosmopoulos is also the Director of the excavations of the Athens Archaeological Society at Iklaina in Pylos, a Fellow of the Academy of Science (St. Louis), and a National Geographic Society Explorer.

He is renowned for the discovery of a Linear B tablet from Iklaina, a district capital of the Mycenaean state of Pylos, which is believed to be the first known written record in Europe from between 1450 and 1350 BC, and was recently featured on the PBS series The Greeks which aired from June 21-July 5. 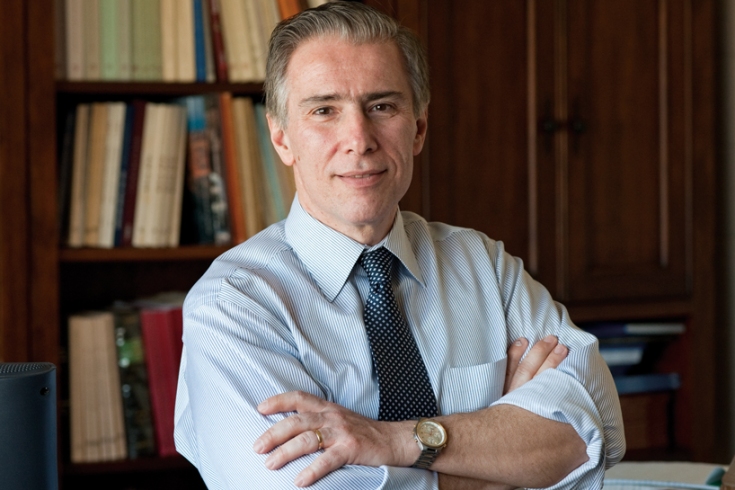 Dr. Cosmopoulos spoke with The National Herald about his discovery and his academic career.

TNH: You are known worldwide for the discovery of a Linear B tablet from Iklaina. Can you talk to us about this discovery and how does it change everything we know about literacy and bureaucracy in Europe?

MC: Iklaina was a district capital of the Mycenaean state of Pylos, associated in Greek mythology with the legendary king Nestor. The importance of the tablet is not so much the artifact itself, but what it represents. The Mycenaeans used Linear B exclusively for purposes of state bureaucracy— to record government activities and property.

The discovery of such an early record of state bureaucracy suggests that the very institution of state had been created earlier, perhaps by 150-200 years, than what we had thought. Furthermore, until now tablets had been found in a handful of major palatial centers, for example Mycenae, Knossos, Thebes, and the so-called Palace of Nestor.

TNH: You’ve been running the Iklaina excavations in Messinia since 1999. What is the main purpose of the Iklaina Archeological Project (IKAP)?

MC: To understand how states were born in western civilization. We live in a world of states and I don’t have to tell you how much states and governments permeate our lives. But it has not always been like this; the transition from a world without states to a world where the state is the dominant political institution is one of the most fascinating chapters in human history.

And nowhere in the western world are we able to study this transition better than in Greece, especially in Pylos, where we have extensive textual and archaeological evidence. Because the Pylian state had a two-tiered administration (a sort of an ancestor to the federal system of government), to understand how it was formed it is vital that we reconstruct developments in both the central and the district capitals.

The Iklaina project allows us for the first time to examine systematically the processes of state formation from the point of view of a district capital.

TNH: You have been a major player in the promotion of Greek studies in North America and a very busy administrator. In Canada, you established the Centre for Hellenic Civilization at the University of Manitoba and founded the Pan-Macedonian Association of Manitoba. In the US, you built the Greek Studies Program at the University of Missouri-St. Louis, founded the Nicholas and Theodora Matsakis Greek Culture Center, established a Certificate in Greek Studies, and organized several international conferences and events promoting Greek culture. How hard is to carry on this important mission?

MC: In a way it is both easy and hard! It is easy, because I feel very passionate about Hellenic Studies and about the preservation of the identity of the Greek-American communities. I believe that it should be a priority for Greek Studies in North America to educate the public about the importance of Greek culture and to help the Greek-American communities to preserve their heritage.

At the same time it is hard, because it is a race against time. With every generation that passes, the Greek identity of our communities fades away and fighting to preserve it requires a lot of effort and a lot of resources. At the University of Missouri-St. Louis we are fortunate to have sufficient resources and appropriate infrastructure to achieve this goal.

For example at the Matsakis Center, we have established the Archives of the St. Louis Greek Community, in which we collect documents, artifacts, and photographs, pertaining to the history of our community.

These are supplemented by our Oral History Project, which includes interviews with the elderly members of the community that we are using to produce a synthesis on the history of our community.

TNH: Among your research accomplishments you have been awarded the Canada Rh Award for Outstanding Contributions to Scholarship and Research in the Humanities, you have been elected to the Academy of Science in St. Louis, and you have also received numerous teaching awards. Can you give us more details about your honors and accomplishments?

MC: While such recognitions allow scholars to measure the impact of their work in the scholarly community, for me the real measure of success is how my work affects other people.

There is no greater recognition than seeing how the knowledge of Greek culture affects our students and the wider public! Greece is a vital and highly relevant part of modern society and a part that we need to study in order to understand our own world. Educating students and the public about this is what drives me.

TNH: You have published several historical books. What is the core of your inspiration and on what projects are you currently working?

MC: I am a firm believer in research not for the sake of research, but for the sake of humanity. The ultimate recipient of the results of scholarship should be people, which means that research and publications should not only be specialized and focused, but they should also expand our knowledge about important issues with wide relevance.

As I mentioned above, Greek culture is not disconnected from us in time and in place, but part of the same cultural continuum and my objective is to use the material record of the past in order to investigate issues that are relevant in today’s world.

Such issues are, for example, the formation and operation of states and governments— based on my work at Iklaina; religious sects and secret cults—based on my excavations at Eleusis and the study of ancient mystery religions; and the impact of war and violence on humanity— a comparative approach for the experience of war from ancient Greece to Vietnam and Iraq.