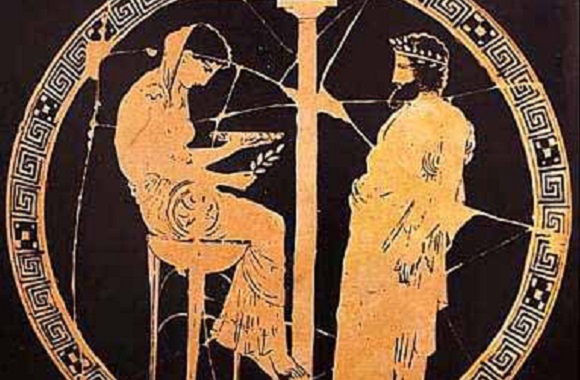 In this post we present an ancient Greek quote that answers the question of our title.

Then, in English: Diogenes Laertius, Lives of Philosophers, [1.40] “Antisthenes in his ‘Successions‘ states that “Know Thyself” was first said by Phemonoe and was hosted by Hilon”

At such distant times, the reference that a woman (Phemonoe) has formulated this substantial proposition for Philosophy is rather impressive! Women have never been more in numbers than men in the fields of Philosophy, Science, Art, Poetry, etc. There have been though some of them, truly distinct, that have outbalanced many widely known male figures.

Indirectly, we have a proof that at those very ancient times, women were receiving education just like men and, of course, they were not in the spiritual margin of society.