Here we present and analyze an excerpt from the ‘Argonautics’ by Apollonius of Rhodes. 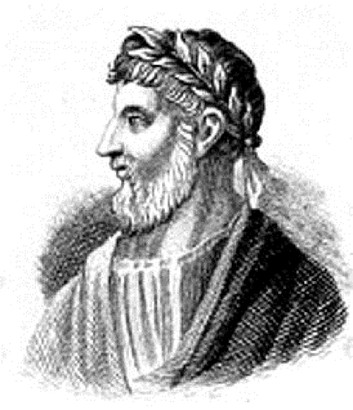 In English: «Truly, the harder he worked, the needs of life, which grew every day, were pressing him. Day by day they were becoming worse, and there was no rest for him from his labour. He was heavily paying for the sin of his father»

NovoScriptorium: Without any particular analysis, it is obvious from the above excerpt that Apollonius of Rhodes –too- declares the belief that a person might suffer –and without any relief or comfort during his whole life- because of his parent’s sins, i.e. somebody else’s! He does not suffer because of his own sins! Consequently, ‘collective responsibility’ and definitely ‘family responsibility’ should be in our minds as facts of Greek theological thinking.

Sin is a spiritual disease. Hence, as a disease, if it is not cured somehow, it will eventually be transmitted like a common bodily disease to the people around the sinner. The only procedure that can stop the influence of sin in general, whether it is our own sin or whether it is the others’ sins which affect us, is the Mystery of Confession. In a spiritual way –only- can a spiritual distortion, like sin is, be corrected. If this cure is not selected though, the person will not stop receiving the influence of sin (his or the others’) and will continuously suffer the unpleasant consequences of this.

From this excerpt we can realize how important is for Parents to avoid sin, while cultivating piety and right-doing. The responsibilities of Parents are enormous, not only in the material level, but especially in the spiritual one.

One thought on “On ‘Collective’ or ‘Family’ responsibility – Apollonius of Rhodes”