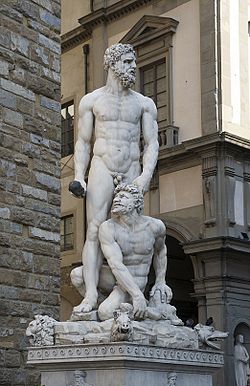 Here we present an excerpt from Dionysius of Halicarnassus’ book ‘The Roman Antiquities‘ (The Loeb Classical Library) that provides us with striking information about human sacrifices taking place on European soil in very ancient times.

“It is said also that the ancients sacrificed human victims to Saturn, as was done at Carthage while that city stood and as is still done to this day+ among the Celts* and certain other western nations, and that Hercules, desiring to abolish the custom of this sacrifice, erected the altar upon the Saturnian hill and performed the initial rites of sacrifice with unblemished victims burning on a pure fire. And lest the people should feel any scruple at having neglected their traditional sacrifices, he taught them to appease the anger of the god by making effigies resembling the men they had been wont to bind hand and foot and throw into the stream of the Tiber, and dressing these in the same manner, to throw them into the river instead of the men, his purpose being that any superstitious dread remaining in the minds of all might be removed, since the semblance of the ancient rite would still be preserved. This the Romans continued to do every year even down to my day+ a little after the vernal equinox, in the month of May, on what they call the Ides (the day they mean to be the middle of the month); on this day, after offering the preliminary sacrifices according to the laws, the pontifices as the most important of the priests are called, and with them the virgins who guard the perpetual fire, the praetors, and such of the other citizens as may lawfully be present at the rites, throw from the sacred bridge into the stream of the Tiber thirty effigies made in the likeness of men, which they call Argei (Αργείους).”