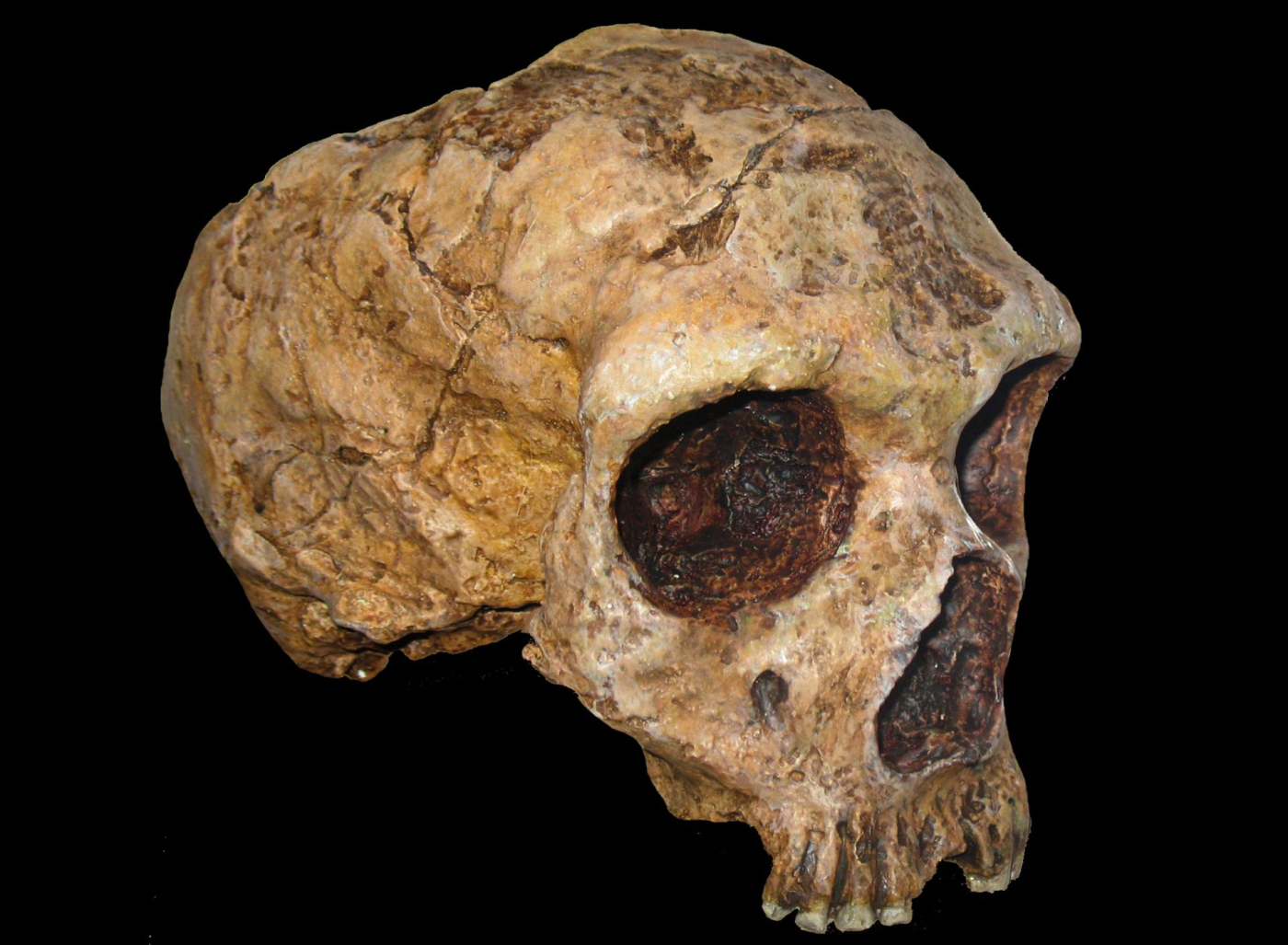 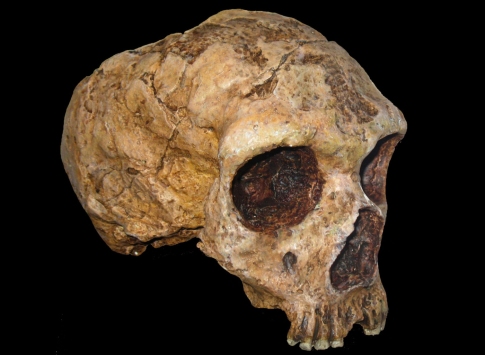 Researchers found that such cold periods coincided with an apparent disappearance of our evolutionary cousins in different parts of the continent, followed by the appearance of our species, Homo sapiens.

“Whether they moved or died out, we can’t tell,” said Michael Staubwasser of the University of Cologne in Germany.

The climate shifts would have replaced forest with shrub-filled grassland, and H. sapiens may have been better adapted to that new environment than the Neanderthals were, so they could move in after Neanderthals disappeared, the researchers wrote.

Katerina Harvati, a Neanderthal expert at the University of Tuebingen in Germany who wasn’t involved in the study, said it’s helpful to have the new climate data from southeastern Europe, a region that H. sapiens is thought to have used to spread through the continent.

But she said it’s unclear whether Neanderthals disappeared and H. sapiens appeared at the times the authors indicate, because the studies they cite rely on limited evidence and are sometimes open to dispute.

Chris Stringer of the Natural History Museum in London said he thought the paper made a good case for an impact of the climate shifts on Neanderthals, although he believes other factors were also at work in their disappearance. 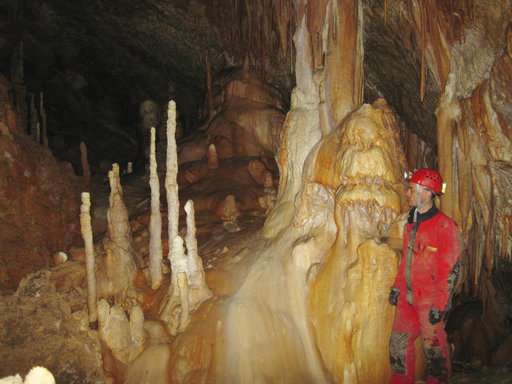 Abstract Two speleothem stable isotope records from East-Central Europe demonstrate that Greenland Stadial 12 (GS12) and GS10—at 44.3–43.3 and 40.8–40.2 ka—were prominent intervals of cold and arid conditions. GS12, GS11, and GS10 are coeval with a regional pattern of culturally (near-)sterile layers within Europe’s diachronous archeologic transition from Neanderthals to modern human Aurignacian. Sterile layers coeval with GS12 precede the Aurignacian throughout the middle and upper Danube region. In some records from the northern Iberian Peninsula, such layers are coeval with GS11 and separate the Châtelperronian from the Aurignacian. Sterile layers preceding the Aurignacian in the remaining Châtelperronian domain are coeval with GS10 and the previously reported 40.0- to 40.8-ka cal BP [calendar years before present (1950)] time range of Neanderthals’ disappearance from most of Europe. This suggests that ecologic stress during stadial expansion of steppe landscape caused a diachronous pattern of depopulation of Neanderthals, which facilitated repopulation by modern humans who appear to have been better adapted to this environment. Consecutive depopulation–repopulation cycles during severe stadials of themiddle pleniglacial may principally explain the repeated replacement of Europe’s population and its genetic composition. 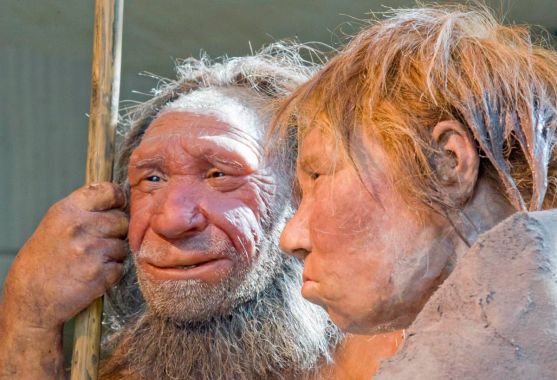 The replacement of Neanderthals by modern humans is recorded across Europe in a diachronous and culturally complex succession of distinct stone tool assemblages from the Middle–Upper Paleolithic transition (MUPT) roughly between 48 and 36 ka cal BP [calendar years before present (1950)]. The succession often includes a regionally distinct “transitional” assemblage of local origin, or an intrusive Initial Upper Paleolithic assemblage between the Neanderthal Mousterian and modern human Aurignacian. The
oldest anatomically modern human remains from Europe—found in East-Central Europe and radiocarbon dated to 40.6–38.6 ka cal BP (68% probability) toward the time of Neanderthals’ disappearance from most of continental Europe—carry genetic evidence for species interbreeding four to six generations earlier. This individual, however, represents a population that did not contribute to the genome of modern humans present in glacial Europe after the MUPT, and the archeologic record provides no site with indication of local coexistence. Within a few millennia after the MUPT, at least two other genetically distinct modern human populations came to subsequently dominate Middle Pleniglacial Europe. During the entire interval, northern hemispheric climate went through several millennial-scale Dansgaard–Oeschger (DO) cold cycles. A causality between climate change, the archeologic succession, and modern humans’ genetic makeup has been tentatively suggested but not demonstrated. Below, we present the climatic history of continental Europe during the MUPT and derive the impact of climate change on MUPT demography, which may have led to the apparent repetitive genome turnover reported for Europe’s human population during the middle pleniglacial.

The MUPT spans five DO cycles approximately between Greenland Interstadial 12 (GI12) and Greenland Stadial 8 (GS8) for which climate change over continental Europe is poorly constrained. The paleoclimatic and environmental context is known with sufficient resolution and age-control only along the continent’s western and southern fringe. In the Aegean and Black Sea region, records of sea surface temperature, coastal ice-rafted detritus (IRDc), pollen assemblages, and stable isotopes in speleothems suggest a DO-type response without the clear prominence of ice-rafting intervals (Heinrich stadials) seen in the Atlantic domain. Forest was generally more abundant in Europe during interstadials, while steppe landscape advanced during stadials. A taiga and tundra shrub/forest landscape covered the eastern European plains, with some loess deposition east of the Carpathians. The middle and lower Danube Plain was a steppe landscape with continuous loess deposition. A temperate open forest in the mountains of the southern Balkan passed into a xerophytic steppe toward the Aegean Sea. Boreal forest with birch and pine trees was present at 50° N in Western Europe (Eifel maar lakes) but began to degrade after GI12, ∼44.5 ka cal BP. Two sparsely dated records from the Western Carpathians (Safarka, Jablunka) suggest a dense taiga forest landscape. For the upper Danube Plain, pollen (Füramoos) and loess/paleosol profiles (Willendorf II, Nussloch) suggest a cold steppe environment with few conifers during interstadials, and a tundra landscape with cryosoil formation during stadials. During GIs, a temperate forest-steppe prevailed west (marine records) and south of the Alps (Monticchio, Castiglione, and Lagaccione). Dust deposition in the Eifel maar lakes and speleothem carbon isotopes from Villars Cave suggest increasing aridity in Western Europe across the MUPT. 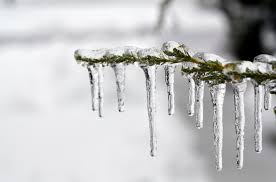 The Relationship Between Demography and Climate Change During GS12 and GS10 GS12 and GS10 stand out as the most significant stadials in Central and Western Europe during the MUPT with severe cold, aridity, retreat of woodland, and expansion of steppe biomes. The consequence for human populations present is reflected in
regional population decline and in hunted game species, which in Western Europe changed from bovine dominated to reindeer dominated. Climatic and environmental constraints may not per se prove causality between the archeologic succession, the rapid replacement of humans’ genome, and climate change, respectively. However, they do allow testing such a scenario for chronological feasibility: The biome changes during GS12 and 10 likely forced the population in open woodland habitats throughout Europe to adapt their subsistence strategy or habitat track their preferred biome to survive. Where biomes changed significantly, adaptation may not have been possible. During GS12 and 10, the permafrost boundary encroached the upper Danube region and East Carpathians. Both speleothems presented here suggest a rapid onset of stadial cooling and aridity in continental Europe within a few decades. Depopulation would have been the consequence of failure to adapt or migrate away in time.

A number of chronologically well-constrained archeologic records allow for testing directly the feasibility of a regional depopulation scenario during severe stadials. Culturally (nearly) sterile layers have been reported—directly 14C dated or constrained
by 14C-dated cultural layers above and below—in some regions and mark an archeological hiatus of several centuries duration. While such layers in some places represent short-term sedimentologic events without apparent discontinuity of habitation, at many sites their time span is multicentennial. These layers mostly relate chronologically to the time of GS12 and GS10, and suggest regionally widespread depopulation for many centuries between two subsequent cultures. During GS12, this is the case for sites from the upper and middle Danube region.

Sterile or near-sterile layers, or cultural hiatuses in the archeologic succession also occur around the time of GS10. This time is coeval with Neanderthals’ disappearance from Western Europe.

A general case for likely adaptation of modern humans in response to climate change during the MUPT has already been made. Increasing cold and aridity around the onset of
GS12 appears to mark transitions in the archeologic sequence attributable to Neanderthals that suggest some adaptation as well. GS12 is coeval with the transition from Mousterian to archaic Uluzzian, and then to evolved Uluzzian in northern Italy, and from Mousterian to Châtelperronian in Western Europe. However, late Neanderthals may have had a less diverse diet than modern humans. In open grasslands, Neanderthals’ exclusive diet was meat from terrestrial animals, whereas modern human Aurignacian also exploited plant and aquatic foods. The frequently observed cultural hiatuses, however, do not suggest a direct competitive displacement of Neanderthals, but rather a higher vulnerability to rapid environmental change and ecologic stress in the open landscape during cold and arid GS12–GS10. While Neanderthals did not survive GS12 in most of the Danube steppe and tundra, modern humans may have been more capable to adapt and habitat track the expanding steppe in Central Europe. GS10 likely caused a repeat of that process in Western Europe.

(Source: “Impact of climate change on the transition of Neanderthals to modern humans in Europe”, by Michael Staubwassera et al.) 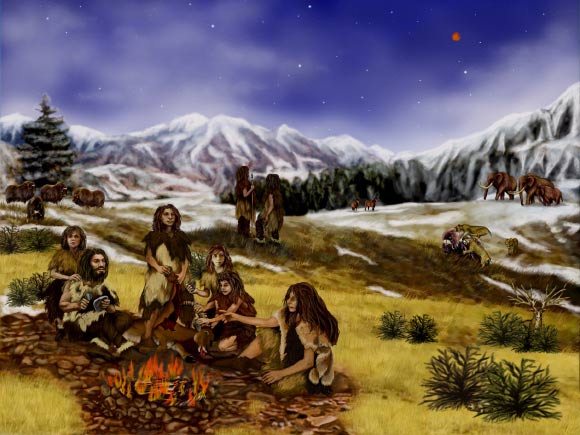