This post is a presentation of the Upper Palaeolithic Archaeology of South West England. 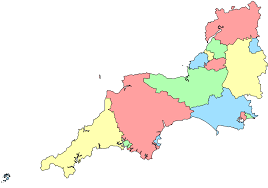 The first of the technologies is characterised by bifacial and unifacial leaf points, which were probably hafted as spear tips: some of the British examples have impact fractures. Leaf points have been found at both cave and open-air sites. All those from the SouthWest are from caves – for example Soldier’s Hole, Badger Hole, Kent’s Cavern, Windmill Cave and Bench Tunnel Cavern. The last of these sites is important for the reported discovery of a unifacial leaf point beneath a mandible of spotted hyaena. The mandible has been radiocarbon dated to 36,800±450 BP (OxA-13512). This determination agrees reasonably well with a date on wood charcoal from the cave of Nietoperzowa at Jerzmanowice (Poland), the type-site for this technology in northern Europe.

The oldest human fossil from the South West consists of fragments of a maxilla found in March 1927 in the vestibule of Kent’s Cavern. Recent radiocarbon dating of bones from this excavation suggests an age for it of between 37–35,000 BP, which is significantly older than previously suspected (Jacobi et al. 2006). Unfortunately, not enough remains to attribute the maxilla to a human type, and likewise there are insufficient artefacts found with it to assign these to a specific technology, although it is clear that they are Upper Palaeolithic. 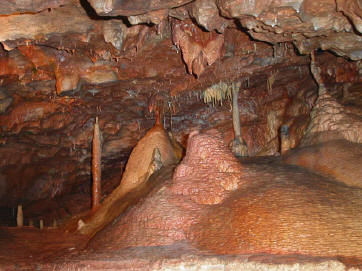 The Aurignacian is probably the Upper Palaeolithic technology which follows that with leaf points and it is believed by many to have been the oldest European technology made exclusively by anatomically modern humans. Intriguingly, it is found only in western Britain within the UK and is best represented in the South West at Kent’s Cavern.

A partial lozenge-shaped bone or antler point from Uphill Quarry, near Weston-super-Mare, is important as the only clearly Aurignacian organic artefact from the British Isles. It has been directly radiocarbon dated to 31,730±250 BP (OxA-13716). A bone or antler point from the Hyaena Den at Wookey Hole has a very similar age (31,550±340 BP, OxA-13803) and together the two determinations, both from the Axe valley, document a human presence contemporary with the Aurignacian of western Europe – a correlation supported by the typology of the stone tools.

The third of the typologically distinctive Early Upper Palaeolithic technologies to be found in the British Isles is the Gravettian. This is represented by stray finds of stemmed points (Font Robert points), the earliest examples of which may have appeared about 29,000 years ago. Only a small number have been found in Britain, the examples from the South West coming from Kent’s Cavern and from the Severn valley at Forty Acre Field, Barnwood on the outskirts of Gloucester (Clifford et al. 1954). 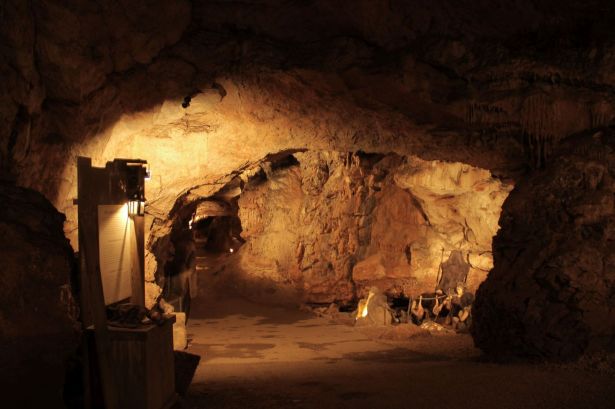 Britain appears to have been wholly abandoned during the Last Glacial Maximum (LGM). Re-colonisation after the Last Glacial Maximum appears to correlate closely in time with the beginning of the Windermere interstadial at about 13,000 BP. Housley et al. (1997) argued that this Late Upper Palaeolithic (LUP) re-settlement of northern Europe was staggered, involving pioneer and residential phases, but there is no clear evidence from the British Isles for such a pattern.

There are probably over 200 findspots in the British Isles which fall within the Windermere interstadial and this is the earliest period from which evidence of a human presence in Scotland survives (Saville 2004b).

The majority of findspots are identified by a presence of distinctive, abruptly modified (backed) lithic tool forms and it is clear that these changed during the interstadial. During the first half of the interstadial they take the form of Cheddar, Creswellian and shouldered points and these are sometimes associated with bone, antler and ivory artefacts identical to those of the contemporary continental Magdalenian. This technology is sometimes referred to as the “Creswellian” and is well-represented in the cave sites of the region such as Kent’s Cavern, Three Holes Cave, Gough’s Cave, Soldier’s Hole and Sun Hole. There are numerous radiocarbon determinations on human remains, butchered animal bones and organic artefacts which date the Creswellian to between 13,000–11,800 BP (Jacobi 2004). 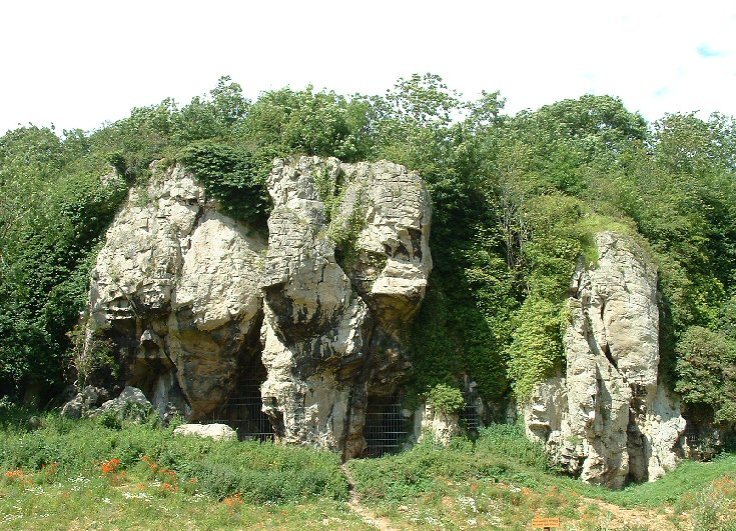 The Late Glacial archaeological record for Britain was probably interrupted by a short period of abandonment during the extreme cold of the Younger Dryas (Loch Lomond) stadial. Humans appear to have returned to Britain at about 10,200 BP, and evidence for their activity during the closing centuries of the Pleistocene and the very beginning of the Holocene comes almost exclusively from south-eastern and eastern England. A characteristic of the lithic industries of this time is the production of long straight blades (frequently over 12cm in length) from alternately worked opposed platform cores, themselves often abandoned when still of large size (Barton 1997). Blades from knapping scatters often have battered margins (so-called “bruised blades”: lames mâchurées). This bruising may be a result of flint-on-flint contact, perhaps from the blades being used to adjust the edges of the striking platforms of cores (Froom 1965).

Key themes for the archaeology of this period (after Barton 1997) include raw material use and issues of mobility. Flint from Gough’s Cave has been shown from its microstructural fabric to have been transported over 70km from the northern part of Salisbury Plain (Jacobi 2004). The source of the high quality flint used at sites in Devon to produce the long slender blades characteristic of the Creswellian is unknown, but is unlikely to be local. The absence of the early stages of the blade core reduction process from Three Holes Cave also indicates pre-transportation processing of the raw materials (Barton 1997). Trace element analysis of flint used in the Creswellian at Robin Hood Cave at Creswell Crags appears to demonstrate an origin in south-western England (Rockman 2003) suggesting surprisingly largescale movements of people during the earlier part of the Lateglacial interstadial. North Sea (Baltic) amber found at Gough’s Cave (Beck 1965) has further highlighted the potential mobility of the hunter-gatherers of the time. 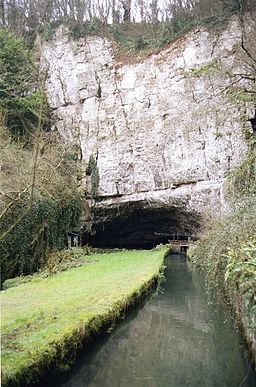 In general Final Upper Palaeolithic retouched tools are made on smaller, thicker blades than those used in the Creswellian, perhaps reflecting the habitual use of local (and often poorer quality) raw materials.

There is relatively little evidence for Upper Palaeolithic art in Britain although, recently, art in the form of engravings of animals and stylised females has been found on the walls of Church Hole at Creswell Crags (Ripoll et al. 2004). Similar evidence from the South West is being keenly sought.

The Upper Palaeolithic site at Hengistbury Head has yielded a refitted flint core with abstract engravings on the cortex (this has parallels with identically incised flints on contemporary sites in the Netherlands and France). Hengistbury Head has also yielded red ochre in association with end scrapers and other tools, perhaps reflecting the use of ochre in hide-working activities (the ethnographic record documents the practical uses of ochre in leather working as a vermicide).

The SouthWest Resource In general the region is dominated by its cave sites in terms of the quality of its Upper Palaeolithic archaeology (for example, evidence for raw material usage and subsistence strategies), although numerically the open-air findspots represent (as with the Lower and Middle Palaeolithic) the majority of the record and are of particular significance where diagnostic artefacts can be identified at these sites. Unlike the distribution for the Lower and Middle Palaeolithic, the east of the region has a relatively minor Upper Palaeolithic record (with the obvious exception of the Hengistbury Head site), and in that respect is similar to both the extreme west and the extreme north of the region which also show a minor archaeological presence for this period. The key zones are instead those of south Devon and central Somerset (Jacobi 2000; 2004), and in both of these areas it is the cave archaeology which is predominant.

In general the region is dominated by its cave sites in terms of the quality of its Upper Palaeolithic archaeology (for example, evidence for raw material usage and subsistence strategies), although numerically the open-air findspots represent (as with the Lower and Middle Palaeolithic) the majority of the record and are of particular significance where diagnostic artefacts can be identified at these sites. Unlike the distribution for the Lower and Middle Palaeolithic, the east of the region has a relatively minor Upper Palaeolithic record (with the obvious exception of the Hengistbury Head site), and in that respect is similar to both the extreme west and the extreme north of the region which also show a minor archaeological presence for this period. The key zones are instead those of south Devon and central Somerset (Jacobi 2000; 2004), and in both of these areas it is the cave archaeology which is predominant. 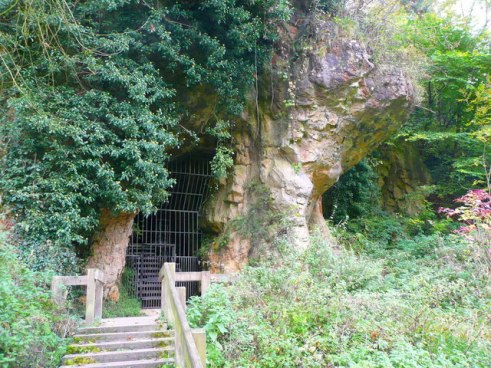 With regards to the Early Upper Palaeolithic, Jerzmanowice leaf blade points have been found at both Bench Tunnel Cavern and Kent’s Cavern, with the latter site also producing a large Aurignacian assemblage and a Gravettian Font Robert point. Post-dating the Last Glacial Maximum, Creswellian assemblages have been recovered from Kent’s Cavern (radiocarbon dates for Late Upper Palaeolithic activity at this site range from 13,000 to 11,850 cal BP, OxA-1789, 5692, 7994, 8002, Jacobi 2004) and Three Holes Cave (radiocarbon dates associated with the Creswellian artefacts range from 12,900 to 11,680 cal BP, OxA-3890, 3891, 3208, 3209, Jacobi 2004). Penknife points have also been recovered from the Devon caves, specifically Pixies’ Hole, Broken Cavern and Three Holes Caves. This area also includes a small number of open landscape findspots, all of which are characterised by fewer than ten artefacts.

The Somerset caves have yielded fully bifacial (for example at Soldier’s Hole) and part-bifacial, bladebased (such as from Uphill Cave and the Hyaena Den and Badger Hole in the Wookey Hole ravine) leafshaped points from the Middle to Upper Palaeolithic transition. 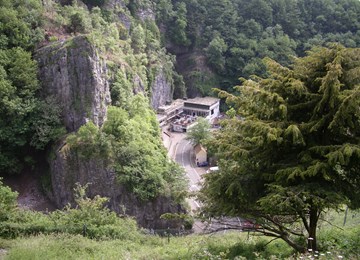 Following the short occupation hiatus associated with the Last Glacial Maximum, the Somerset caves were again widely occupied during the Late Upper Palaeolithic. The most significant is the Creswellian assemblage at Gough’s Cave, comprising over 1000 artefacts, while there is also evidence for a Creswellian occupation at Sun Hole and Soldier’s Hole, Aveline’s Hole and Badger Hole. As indicated above, Gough’s Cave has produced evidence for a wide range of activities including raw material procurement and usage, organic tools (including needles, awls and bâtons), and animal processing.

The east of the region is of course dominated by the key Late Upper Palaeolithic site of Hengistbury Head, interpreted as a well sheltered and concealed residential hunting location, with excellent views over the flat landscapes to the south. The site has yielded a major Late Upper Palaeolithic assemblage, characterised by straight-backed blades, bladelets and large tanged points; an association that interestingly has no parallels in Britain’s Creswellian assemblages (Barton 1997; 1992). Thermoluminescence dating together with lithic distribution and re-fitting evidence has indicated that there is only a single Late Upper Palaeolithic occupation at Hengistbury Head, while the lithic materials have provided evidence for the spatial separation of activities (such as the primary production of tool blanks in a peripheral zone away from the hearths), knapping and blade production sequences, and raw material procurement and use (Barton 1992).

In general the Upper Palaeolithic record in the South West is dominated by its cave sites, with the obvious exception of Hengistbury Head. There is however again scope for developing understanding of the records of both the Early and Late Upper Palaeolithic occupations of the region.