The term Unani Tibb denotes a medical system of Greek origin which has encountered a great propagation since the 11th century, and was widely applied in modern India, particularly in primary health care system.It is very likely that Greek medicine first arrived in India with the campaign of Alexander the Great in Asia (334-323 BC). Some adventurous explorers previously (Scylax of Caryanda, Ctesias of Cnidus) or at the same time (Nearchus son of Androtimos) with Alexander, sailed on the rivers and reported their journeys in India. During the Byzantine era, travel, trade and cultural contacts with India growing. The emergence of the Nestorian sect (5th century AD), the condemnation and exile, as well as the subsequent immigrant wave moving eastward, created the conditions for a translational activity, including medical texts. 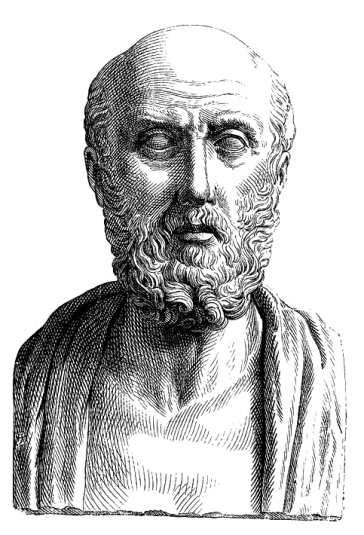 The Arab domination in the Mediterranean created the entire Arab science from Greek, Persian, Syrian and Indian translations too, resulting, among other things, in the arrival of the Indian medicine in Europe. The expansion of the Arab conquests in Asia (710-1202) was the decisive factor that brought together the translated Byzantine medical texts with the Indian ones.

The transplantation of Hippocratic principles in a distant country has been successful because of the fertile soil created by the traditional medicine of the sacred texts, the Vedas. The Greek medical system enriched with local elements encountered a large response to the Indian people and to the physicians, the Hakims, which were practicing medicine in imperial courts, cities and the countryside, continuing their work to date.

The transplantation of Hippocratic principles in a country with a different philosophy and worldview was successful. The traditional medicine of Ayurveda that gives importance to the prolongation of life and disease prevention was a fertile soil. There were many common elements bridging the differences in the scientific approach of the patient. As the Corpus Hippocraticum contains Greek medicine of classical antiquity, the large collections Charaka, Susruta and Vagbada comprise the Indian traditional medicine respectively.

The term Unani (in Persian, Arab and Indian languages) means Ion, one of the Greek particular branches, settled in Asia Minor and consequently Greek. The word Unani has the same origin with the Turkish Yunan meaning exactly the same. The system of Unani medicine, Having its origin in Greece and by Hippocrates, was introduced by the Arabs, when the Mongols invaded the cities of Persia and Central Asia, and then scholars and practitioners fled to India. The leaders of Indian states offered protection to refugees and appointed many of them as government officials and court physicians.

The heyday of this medical system was between the 13th and 17th century when Unani medicine physicians integrate Indian medicinal plants in their system. The public response was immediate and the Unani medicine spread throughout the country. Under the British rule there was a retreat in the official state but its application still continued among the working class, surviving thanks to the Sharifis in Delhi, the Azizis in Lucknow and the Nizams in Hyderabad. The main exponent and practitioner of Unani medicine was Hakim Ajmal Khan (1868-1927) who contributed to the creation of the Ayurvedic and Unani Tibbia College in Delhi.

In 1969, the Government established a Central Council for Research in Indian Medicine and Homoeopathy on various disciplines of its systems, such as Naturopathy, Homeopathy, Yoga, Unani medicine, Ayurveda and Siddha which are fostered and promoted by the World Health Organization to date.

In India we may find today more than 100 Unani Tibb Hospitals, free to all patients without discrimination, 900 Unani dispensaries and almost 30.000 registered practitioners.

The basic principles of Unani medicine are the following: 1) elements (arkan) 2) temperament (mizaj) 3) humors (akhlat) 4) spirit (ruh) and 5) nature (tabiat). According to modern medicine the cellular organization of the body involves a similar approach. The Unani Tibb considers the element as a smaller unit with a different approach. The elements are the primary units and components of the material, and they are uniform in shape, characteristics and properties. Opposite to the 4 elements (water, fire, air, earth) of the Ionian philosophers, Indian philosophy lists 5 elements (water-aab, fireaatish, air-bad, earth-khak and additionally sky-akash), while the Arabic includes 3 (excluding fire). Modern science has detected in the human body 80 out of the 92 natural elements (there are 14 more laboratorial occurring). All of them, even as a trace element, are absolutely necessary for the normal body function, and their absence or their accumulation causes diseases.

The main theory in Unani Tibb is that of the temperament or habitus (mizaj), whereby the mixing of humors creates health (eukrasia) and the disorder disease (disbalance ).

Humors play a decisive role in the creation of the temperament, meaning the character. Depending on the prevailing element and humor, the personality of each person is set: warm = blood prevalence = sanguine (dam), liquid = phlegm prevalence = phlegmatic (balgham), dry = yellow bile prevalence = bilious (safra) and cold = black bile prevalence = melancholy (sawda). The theory of humors (akhlat) follows the Hippocratic one, according to which the 4 humors (blood, phlegm, bile, black bile) and their balanced qualitative and quantitative ratio in the body are responsible for health maintenance. Diseases are classified according to the humor which causes the disorder and the basic principles of Hippocratic model remain unchanged in centuries.

Nowadays in India there is a standardized medical history for the diagnostic approach of the temperament where the patient is questioned about his preference in hot-cold-wet-dry foods, beverages, the preferred time of year, the sleep, the type of work (sedentary or manual), or his psychological state.

The pulse, the temperature and the number of breaths are also examined.

Moreover, in Unani Tib temperament is applied in drugs, which are classified according to their action in 8 categories and are administered respectively.

The spirit (ruh) is confused with the soul (nafs) and in this sense it is also used by religion and philosophy. It is considered as part of the air that is immanent in the body. The eminent physician Galen (131-c.201 AD) considers it as part of the atmospheric air and as a necessary component of the metabolism. At the same time the soul participates in all the emotional expressions.

According to the theory of nature (tabiat), the maintenance of humoral balance is achieved with a power of self-preservation. The restoration of disturbed equilibrium, that is the disease, it occurs with the same strength, to which medication is addressed, the Vis medicatrix naturae (the healing power of nature).

The impact of environmental and ecological conditions in maintaining health is also recognized. Influencing factors are air, food, exercise, rest, sleep, and mental calmness.  The effect of the Hippocratic treatise on Airs, Waters, and Places is obvious. Simple means are used in the treatment, such as diet, medication, traditional remedies (baths, leeches, massage, and enemas) as well as minimal surgery. In medication, herbs usually are administered in a simple form and rarely in mixtures and they are always individualized for each patient.

(Source: “The impact of ancient Greek medicine in India: The birth of Unani medicine”, by Effie Poulakou-Rebelakou et al.)