This post is mostly a photographic presentation of the impressive Rani ki Vav at Gujarat, India.

Rani ki Vav or Ranki vav (lit. Queen’s stepwell) is a stepwell situated in the town of Patan in Gujarat state of India. Rani ki vav was constructed during the rule of the Chaulukya dynasty. It is located on the banks of Saraswati river. Prabandha-Chintamani, composed by the Jain monk Merutunga in 1304, mentions: “Udayamati, the daughter of Naravaraha Khangara, built this novel stepwell at Shripattana (Patan) surpassing the glory of the Sahastralinga Tank”.

According to it, the stepwell was commissioned in 1063 and was completed after 20 years. It is generally assumed that it was built in the memory of Bhima I (r. c. 1022 – 1064) by his queen Udayamati and probably completed by Udayamati and Karna after his death but the view, whether she was a widow when she commissioned it, is disputed. Commissariat puts the date of construction to 1032 based on the architectural similarity to Vimalavasahi temple on Mount Abu built in the same year. 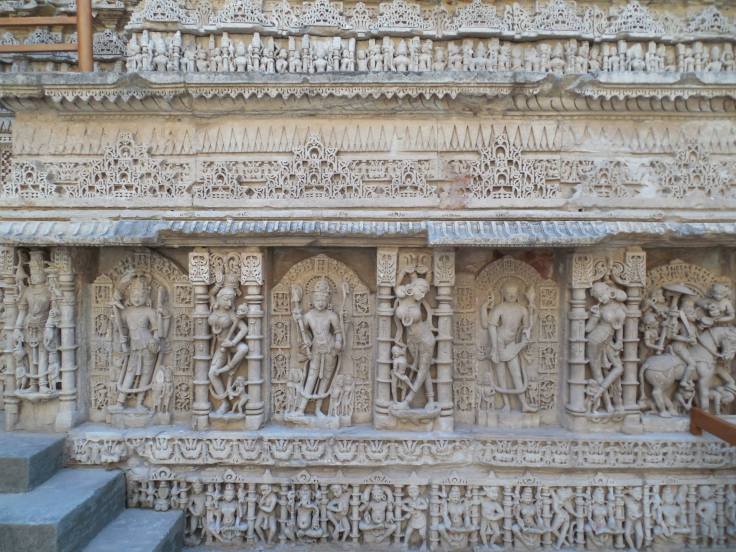