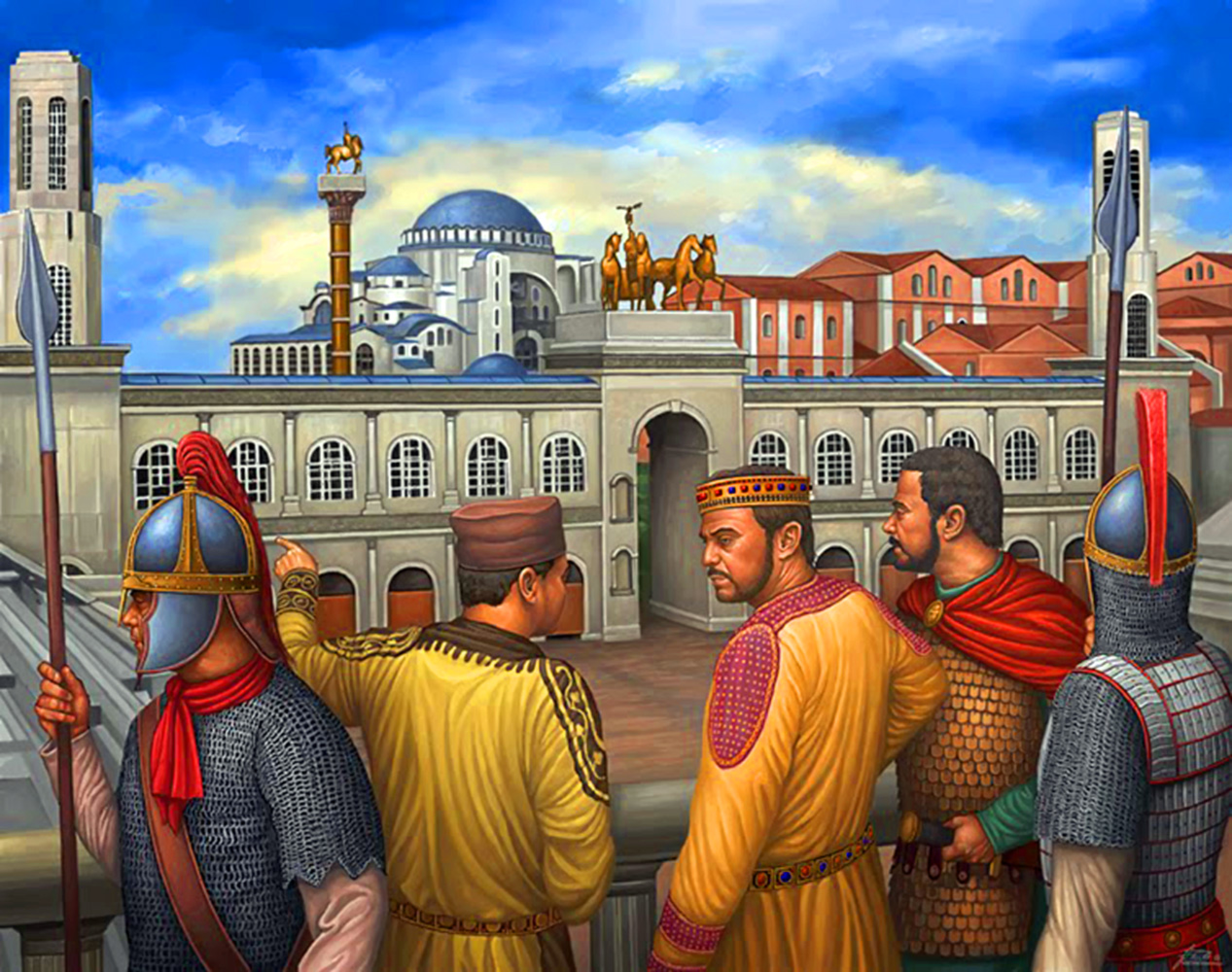 In this article we present selected scenes from Christian Roman History. We put a magnifying glass on it, in an attempt to explain historical facts at a greater depth. History helps us understand the world we live in; it helps us avoid mistakes of the past; it provides us with all-time answers for the problems of today. Proper study of History ‘opens’ the mind. 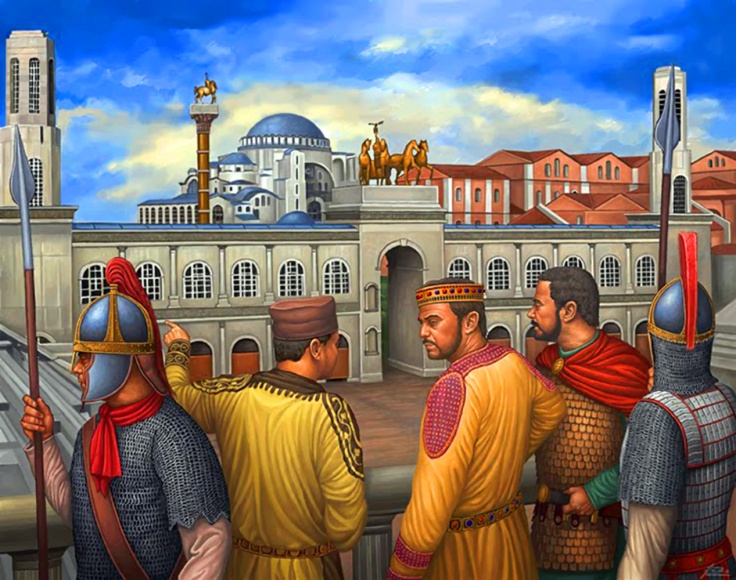 1. Within a century of the death (AD 632) of Muhammad, Muslim armies swept across Roman North Africa and into Spain as far as the Pyrenees. In the East too the Arabs swallowed up Roman Palestine and Syria; but they failed to conquer Roman Asia Minor. Cilicia in SE Asia Minor was the decisive line where the first jihad was successfully resisted. The ‘East Romans’ (“Byzantines”, Rhomaioi) were the only power in western Eurasia able to hold back, or decisively hold back, the elsewhere irresistible Islamic tide.

2. “Without the inspired strategy of Heraclius or the prudent management of Constans II, Byzantium would probably have fallen in the seventh century.” – Warren Treadgold

3. “The Arabs benefitted enormously from the ruinous war in which the Byzantines and Persians had just worn each other out. The Byzantines wisely kept many of their troops in reserve (the Persians didn’t), which allowed them to stop the Arabs at the first strong natural barrier – the Taurus Mountains in southeast Anatolia. Egypt, Syria, and North Africa were protected only by deserts, which weren’t barriers for the Arabs.” – Warren Treagold

4. The two great powers opposing Byzantium were the Sassanian Persian empire [Pers. “Eranshahr”; the language was called Parsik or ‘Persian’] and the Avar Khanate. The Roman-Persian frontier cut north-south through Upper Mesopotamia to NW Arabia. Between the two empires, in the present-day Jordan-north Saudi-west Iraq region, there were two Christian Arab principalities: the Ghassanids and the Lakhmids. The Ghassanids were ‘miaphysite’ Christians, whereas the Lakhmids (the populace*) were ‘Nestorian’ Christians. But religion was less decisive than location: the Ghassanids tended to ally with Byzantium, while the Lahkmids were usually supporters of the Iranians/Persians.

(*) Unlike their subjects, the Lakhmid kings stayed ‘pagan’: all except the last king, Al-Nu’man III ibn al-Mundhir, 582-ca.602; he converted to the Nestorian faith of his people. (The kingdom was annexed by the Iranian shah in 602, and the dynasty ended.)

5. “Tiberius by the Arabs, and Maurice by the Italians, are distinguished as the first of the Greek Caesars“, says Gibbon, citing the 13th century Christian Arab writer ‘Abulpharagius’ (Abu-l-Faraj, Bar Hebraeus) and the Italian (Lombard) historian Paulus Diaconus, d.799. By this is meant having Greek as their mother-tongue: Justinian I’s line, originating in Illyria, were by birth Latin-speaking.

“They live in pitiful hovels which they set up far apart from one another, but, as a general thing, every man is constantly changing his place of abode. When they enter battle, the majority of them go against their enemy on foot carrying little shields and javelins in their hands, but they never wear corselets. Indeed, some of them do not wear even a shirt or a cloak, but gathering their trews up as far as to their private parts they enter into battle with their opponents. And both the two peoples [the Sclaveni and the Antae*] have also the same language, an utterly barbarous tongue. Nay further, they do not differ at all from one another in appearance. For they are all exceptionally tall and stalwart men, while their bodies and hair are neither very fair or blond, nor indeed do they incline entirely to the dark type, but they are all slightly ruddy in colour. And they live a hard life, giving no heed to bodily comforts…”. – Procopius, History of the Wars, VII. 14. 22-30.

(*) Apparently, the Sklavenoi group were based along the middle Danube, whereas the Antes were on the lower Danube, in Scythia Minor.