Basically, the whole Hagia Sophia affair can be summed up with the phrases “improper” or “a shame”. But I think that the audience whom I am addressing do not possesses the cultural delicacy to find these words meaningful. For their sakes, it would better to formulate it in a frank manner that they could more easily understand: the deed that is being performed in regard to Hagia Sophia is a clear show of barbarism. 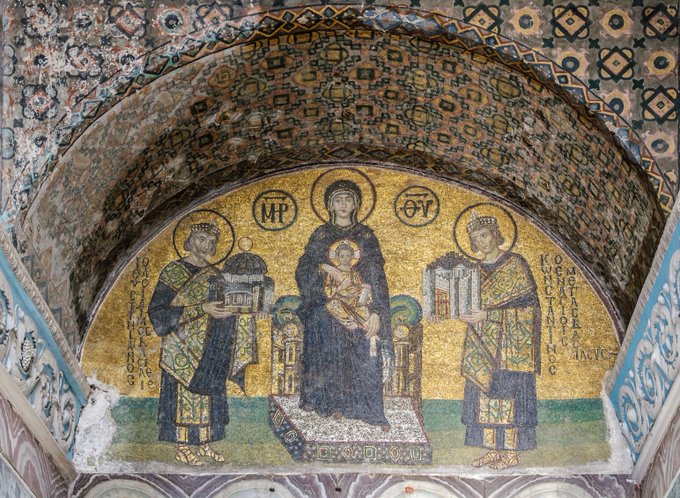 Because with this step it’s being said to the world that “Even though we live in the 21st century, our mentality is still that of 1453. Even now, in the 21st century, we are utterly unconcerned with preserving the cultural heritage of humanity. Among us, there’s no sense of a greater cultural inheritance beyond that which was left to us; we have nothing to contribute to humanity’s cultural treasures. We are unable to create any new cultural value ourselves. We seize the cultural treasures of humanity, we break them and/or we destroy them.”

This is what’s being done. Here, now, in the 21st century, the Hagia Sophia, one of the most significant monuments of human culture will again be “conquered” and turned into a mosque, just like in 1453.

What’s being performed here is an act of cultural vandalism.

One wonders: will this partnership of Erdoğan and Bahçeli understand the reasons that world opinion once held such an utterly negative image of Turkey and the Turks?

The famous 19th century Russian thinker Nikolai Danilevski once divided human societies into “civilization creators” and “civilization destroyers”. He listed the ten greatest unique civilizations in chronological order: Egyptian, Chinese, Ancient Semitic (Assyrian, Babylon, Phonoecia, Chaldea), Indian, Persian, Grecian, Roman, neo-Semitic (Arab), and Germano-Roman (European) and had the following to say about them: “[B]eside these positive… civilizations there have also periodically appeared in the ages of humanity certain transitory actors like the Huns, Mongols, and Turks, whose candles have suddenly flared up and gone out, passing quickly into history. After completing their task of destruction, of assisting in the deaths of moribund civilizations and scattering their remains, they return to their previous insignificance and disappear. We may call them the negative actors of history.”

Not only among the intellectuals, but throughout the West there has been no end of things said about the cultural vandalism of the Turks.

“In the Balkan Peninsula, with his every step, the Turk has trampled underfoot the products of thousands of years of culture.”

“Where ever the Turk sees a tree, he cuts it down”; “The Turks have obliterated cultures at every turn and have not preserved those things of which they have taken possession. They were not a people of culture in a sense whatsoever and have failed to build one on the cultural foundations that they have occupied.”

Some sources even mention that the cruelty and mercilessness of the Turks was not only toward foreigners. Turkish rulers “would cruelly strangle and kill their own people if they felt even the slightest trace of suspicion.”[*]

If we were to repeat these utterances today, would Erdoğan and Bahçeli be able to reasonably object?

Just look at the state to which they have brought the country. Almost everyone who has attempted to speak out against the powers that be has been intimidated and suppressed, they’ve been jailed and imprisoned, and none of it has shown any sign of letting up.

There is no one left who hasn’t been cowed into silence, who hasn’t been crushed by the oppressive weight of the state. The cultural heritage that exists on these lands, and beyond that, nature itself, have both been dealt their share of this destruction.

The things that have been done—that are still being done, are the product of nothing less than the unrestrained exercise of power; of a ravenous appetite for destruction.

Indeed, the Erdoğan-Bahçeli partnership is only the most recent manifestation of a barbarism and tradition of destruction whose roots run deep in these lands.

The geography of Anatolia today is one of destruction, of ruin; it is filled with thousands of churches and other holy places being used as stables or warehouses.

The Erdoğan-Bahçeli partnership (and we can just as easily add Patriotic Party (VP) head Doğu Perinçek) represents this tradition of destruction that has razed Anatolia, that has not only deported and liquidated whole peoples, but also destroyed their cultural heritage and attempted to erase all trace of them.

Every Turk must therefore understand that opposing this axis is, at its core, the waging of a war for civilization.

The regime’s imprisonment of the wealthy philanthropist Osman Kavala, who as the founder of the Foundation for Anatolian Culture desires to preserve the cultural heritage and civilization of these lands, is perhaps the most poignant example of the struggle.

What is at stake here is nothing less than whether Turkey will stand the test of civilization.

In the end, civilization will triumph; but those who oppose it may not… 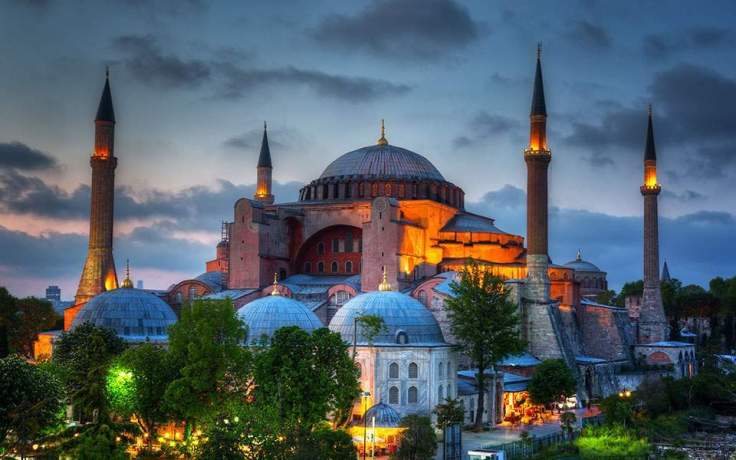