In this article we briefly present the devastating effects of the Lombard invasion and occupation of the Italian peninsula. 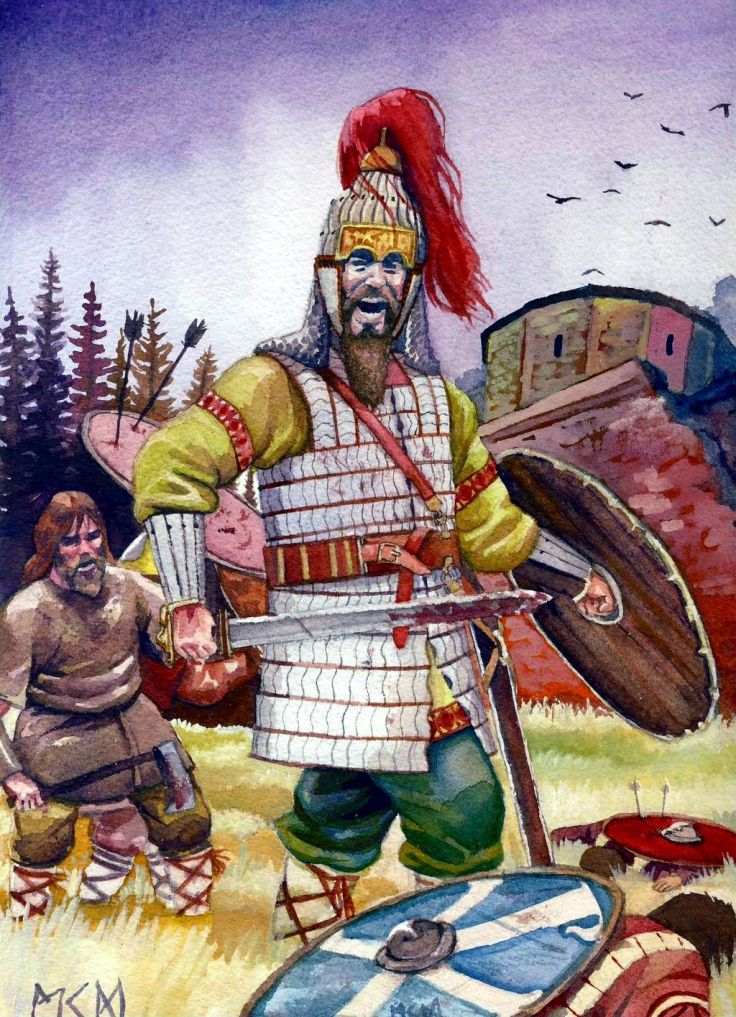 Opening of the “Dark Ages”

While the Lombards did settle parts of the peninsula intensely, they spent the first generation – 570-600 at least – in unremitted plunder. This had irreversible consequences in ecological terms for Italy and southern Gaul.

In Gaul, inland cities reverted to towns because they were cut off both from denuded countryside as well as from the Mediterranean coast, its trade and culture. In Italy, remaining landowners fled in large numbers for coastal areas, depriving cities of wealth and vitality. The old Roman administrative structure and personnel were eliminated permanently, with only Byzantine outposts, Lombard duchies, and Papal possessions remaining. The countryside was often abandoned by defenceless peasants, who fled to the mountain villages.

It is from this time that the ancient terrace system of agriculture was perforce abandoned, both in Italy and the Balkan areas afflicted by Slavs and Bulgars. In the ensuing generations, terraces left untended due to Lombard ravaging or plague-related mortality could not stop rains from causing continued erosion.

McCormick, Origins p.113, proposes, based on a count of shipwrecks, that in the western Mediterranean, sea trade dropped by about two-thirds between the sixth and seventh centuries (550-650) and continued to decline after that. Naval (military) activity, however, probably increased, notably after 650, counting Muslim as well as Christian warships. Others would argue that, at least in the West, the onset came earlier. Wickham, for example, sees the fatal weakening of the Western Empire taking place in the fifth century, specifically in the half-century after the loss of Africa to the Vandals in the 430s (Early Middle Ages 2005: 730). This “broke” the fiscal ‘spine’ of trade and taxation between Roman Africa and Roman Italy. But if trade declined, it did continue in the West until the 600s.

The literary evidence confirms a marked economic decline. In the 600s pottery was replaced by wood. In Italy there is a sharp fall in the number of surviving inscriptions and the disappearance of high quality glazed pottery (“African Red Slip Ware”). The late 500s see the appearance of wooden dishes, plates and cups. Fired-clay amphorae [giant pitchers commonly of 39 litres] gave way to wooden barrels in the 600s (Brown 1984: 7; also Hodges & Whitehouse 1983: 25 ff). Or at least this was the case in the West; amphorae contained to be manufactured at Ganos on the Thracian (western) shore of the Sea of Marmara for regional trading until the end of the empire (Jeffreys et al. 2008: 434).

In the East many productions of both amphorae (those used for long-distance trade in oil and wine) and fine table wares were to end in the later seventh century; this was a systemic collapse. For example, it is now definite that “Phocaean RS” (PRS: sophisticated ‘red slip’ ceramics from Phocaea in the west Aegean), once traded across the whole Mediterranean, ceased to be produced in the period 670-700, somewhat later than used to be thought. This is clear from excavations at Emporio on Chios, Gortyn on Crete, and in the Crimea. Trade in PRS had been contracting since the 500s, but the local RS [local types of less sophisticated red slipware] productions did not replace it, for they ceased as well. They were replaced by coarser types (Wickham 2005: 784 ff).

As we have said, however, amphorae continued to be manufactured at Ganos on the Thracian (western) shore of the Sea of Marmara until the end of the empire; in this period they were used for localized trade in the north-Aegean-Marmara region (Jeffreys et al. 2008: 434).