In Byzantium both men and women had the possibility to practice the medical profession. Literary texts and inscriptions mention the existence of female doctors who practiced this profession either with their spouse or individually for livelihood. The laws of the era regulate matters concerning the female doctor. The terms used are: ιατρίνη, ιάτραινα, ιατρομαία. There is also the term “αρχιειάτρηνα“. In Souda’s dictionary only the term “ιατρίνη” is mentioned. It is clear from the sources, especially the inscriptions, that the term “ιάτρινα” meant the woman who performed the duties of midwife, although it is not excluded that the ιάτρινα and the ιατρομαία had also other medical knowledge rather than only of obstetrics. 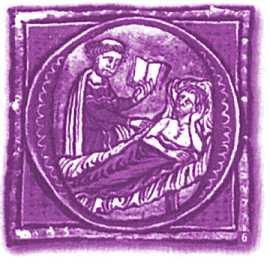 In Byzantium, therefore, there were female doctors who worked individually for livelihood. For women, to work in this profession is not a phenomenon that one encounters for the first time in Byzantium. In ancient Greece and Rome there were many female doctors. The Latin term for the female doctor is medica. The midwife is called obstetrìx and iatromaea. On Latin inscriptions the two terms are met without distinction: medica and obstetrix. Dictionaries translate the term midwife as medica or obstetrix, and Hesychius interprets the midwife as the “η περί τάς τικτούσας ιατρός“. In ancient Greece and Rome the almost exclusive occupation of the female doctor was obstetrics. Over time, the cycle of activity has been extended to gynecology in general, but also to other disciplines.

Roman law in its provisions about the medical profession does not distinguish between men and women. Pandektes (Πανδέκτης) explicitly states that male and female doctors have the same responsibility and fully equates them. It also regulates matters relating to the female doctor’s remuneration, which gives her a rightorder to claim her remuneration. The Justinian Code clearly states: Medici utriusque sexus. Since Roman law is non-discriminatory, one can conclude, although there is no direct information, that some female doctors with special knowledge and qualifications have had the opportunity to practice general medicine. Female doctors, apart from practicing the art of medicine, were also involved in the writing of medical books on gynecology, ophthalmology, skin hygiene, pharmaceuticals, etc. For the theoretical training of women we do not know much, almost nothing. Obviously they did the same studies and practical training with men. In Byzantium medicine was taught by men or women who had a specific specialty. The studies of medicine belonged to the ελευθέρια σπουδάσματα (free studies). The relevant provision of the Basilica (Βασιλικά) includes as παιδευτάς (teachers, trainers) of the ελευθέρια σπουδάσματα both male and female doctors (τους ιατρούς και τας ιατρίνας). Therefore, the Law recognizes women’s right not only to exercise the medical profession but also to teach medicine. Obviously there were women amongst their students, too. In the sixth and seventh centuries, for one to become a doctor (male or female), either had to study near a doctor or attend a course of medicine by a Professor of medicine.

In the era of the Komnenoi (11th-12th cen.) one should: (1) have attended medical courses; (2) have received practical training for a long period of time; (3) have passed the examinations ενώπιον του της ιατρικής προεξάρχοντος (before the Professor of medicine) ( 4) have obtained a kind of diploma which certified the status of doctor and giving the right to practice the medical profession. Hospitals had a kind of medical school. The monastery of Pantokrator (Μονή Παντοκράτορος), for example, that had a large hospital and a medical teacher (διδάσκαλον της Ιατρικής).

As is apparent from the text of the Typikon, this “school” of medicine seems to have had a single purpose: to exclusively supply the monastery’s hospital with specialized and stable personnel.

What were the medical services provided by female doctors in Byzantium? The study of the sources shows that their main occupation was obstetrics and gynecology. In general, however, they offered their services to female patients, regardless of whether the diseases were of gynecological nature or not. They also had the possibility to carry out high scientific and administrative duties and occupy the post of head of department in a hospital’s female section. They could exclusively give their considered opinion as obstetricians-gynecologists for related forensics issues, become managers of charitable houses (private nursing institutions). Besides practicing a free profession, female doctors also served in hospitals where there were special wards for the female patients. In Pantokrator’s Hospital, for example, there were five wards. The first was intended for patients who had to undergo surgery and had ten beds. The second one had eight and was intended for those with diseases in the eyes and in the abdomen (intestines, etc.). The third ward was intended for female patients and had twelve beds. It is not clear from the text of the Typikon whether near childbirth women were received at this ward or women with gynecological diseases or women in general who suffered from any kind of illness. The fact that there were two male doctors and a single female doctor in this department, and that the two surgeons who served τους έξωθεν ερχόμενους αρρώστους (the sick coming from outside) και είς το γυναικείον δουλεύσουσιν, οπηνίκα τύχη τινά των γυναικών τραυματικόν έχειν νόσημα, leads to the conclusion that this ward of the hospital was generally intended for female patients irrespective of the type of illness. The other two wards had twenty beds for patients suffering from various diseases. For these fifty beds, five όρδινοι were ordered. In each όρδινον there were

Therefore, in the women’s ward, there were necessarily three, two men and one woman, doctors, while for the other wards there is no reference to any woman doctor. The auxiliary staff in this ward were exclusively women: τέσσαρες (four) υπούργισσαι και υπηρέτριαι δύο (two). In the evening, it was imperative for one υπούργισσα to stay in the hospital for the women’s ward and τέσσαρες (four) υπουργοί for the other wards.

(…) Apart from the woman doctor, there were women, who, depending on their knowledge, were helping doctors in their work. They provided their services employed either privately or in hospitals. They were the midwives and αι υπούργισσαι, i.e. the sisters, nurses. In the sources αι υπούργισσαι are mainly referred to as the auxiliary hospital personnel.

Significant help and services to patients were provided by the διακόνισσες, who seem to have had some medical knowledge. Throughout the Byzantine Empire, the διακόνισσες had, among other tasks, the care and nursing of the patients. With the emergence of hospitals, their role in this field became more important.

Byzantine doctors received a fee for their services either from their clients or, if they were serving in hospitals, from the state, community or institution. The doctors of the communities and institutions received ρόγα, i.e. monetary reward, and αννόνα, that is, food, grain, pulses, wine, etc. Besides ρόγα and αννόνα, they received from their customers occasional αγάπες, i.e. friendly gifts.

In January’s Calendula, they also received monetary tips, which, according to the law, were not considered as salary.

We do not know whether the female doctor was getting equal pay with her male colleague or not. In the Typikon of the monastery of Pantokrator emperor Ioannis Komninos defines, in many details, monetary rewards and ‘in kind’ rewards of doctors and auxiliary staff of the hospital. P. Gautier drew up a special table showing these fees. I quote part of the table which provides a possibility of comparison between rewards of men and women 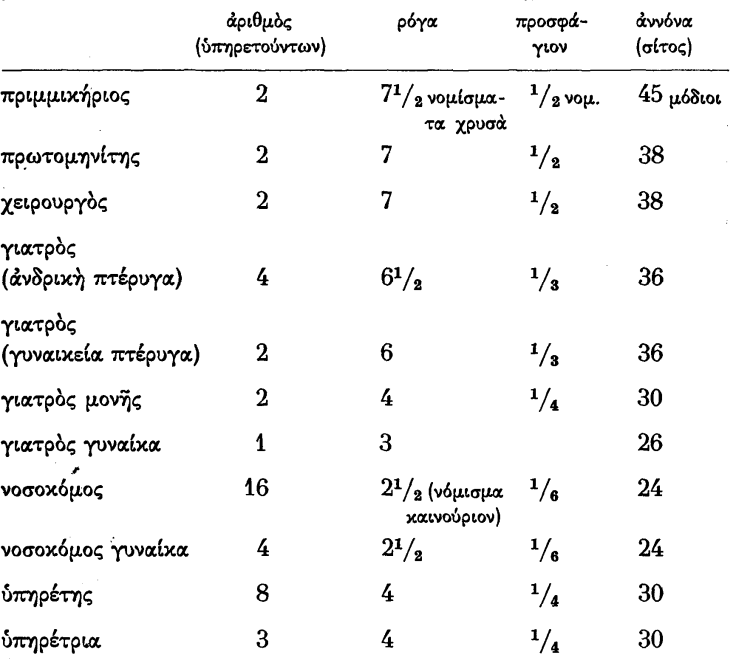 We notice that the payment of the female support staff is equal to the payment in cash and kind of male auxiliaries. On the other hand, the woman doctor receives exactly half the money (three gold coins compared to six of her male colleagues), the ανόννα is less (26 μόδιοι versus 36 of men’s) and she does not receive προσφάγιον. This inequality in terms of pay is great and the text does not justify anywhere such an unequal treatment. We do not know whether this unequal treatment was a rule. However, the fact that the remuneration of women, which provided auxilliary services, was equal to the one of men gives the possibility to conclude that there was no rule (even customary) to impose a difference in treatment with regards to women’s payment. The unequal treatment of the woman doctor with regards to this point should not lead us to a general conclusion. Perhaps there was a special reason, unknown to us, for which John Komnenos defined these fees. It is possible to assume that the female doctor was an assistant to the two male doctors serving in the women’s ward and for that reason her payment was reduced. It must be noted that the emperor had granted abundant assets to this institution and would not attempt to cut back costs by cutting the payment of the female doctor serving in the hospital.

From what has been mentioned above, it follows that in Byzantium there is a continuation of the tradition that was created in ancient Greece and Rome with regards to the possibility of women practicing the medical profession. Roman laws, which fully equate men and women doctors, confer rights but at the same time set limits on responsibility for the female doctor, apply to the Byzantine Empire. Everyday practice and developments in Byzantine culture and society give the legislator and the judge the opportunity to change or supplement the old Roman provisions with new elements. 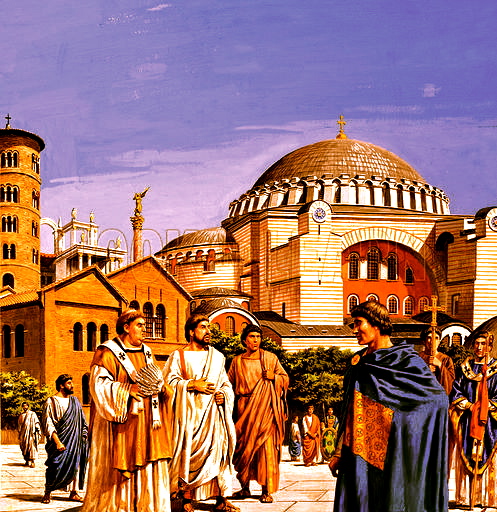