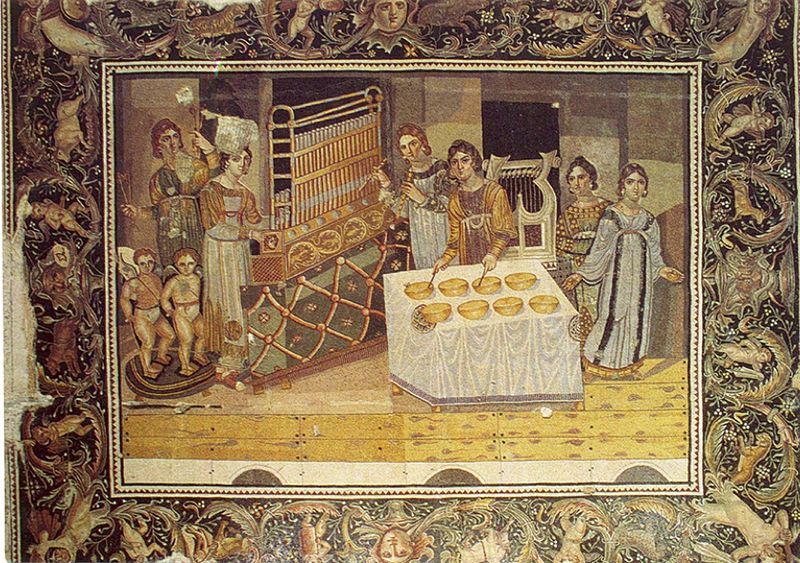 “All the Romans, both officers and soldiers, were far from entertaining any thought of confronting the enemy or standing in the way of their passage, but manning their strongholds as each one could, they thought it sufficient to preserve them and save themselves.” 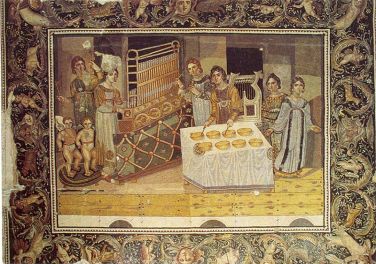 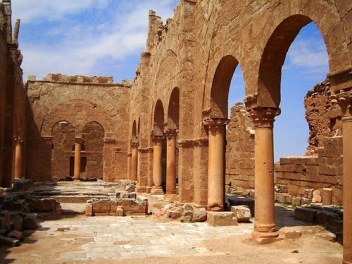 So the historian Procopius of Caesarea described how Byzantine commanders and soldiers in Syria and upper Mesopotamia consciously avoided open resistance to the Persians during their invasion of 540 and instead sought the security of town walls. This Byzantine military conduct in the sixth century was similar to the actions, indeed prophetic of the actions, of Byzantine commanders and officers in the same region who faced Muslim invaders in the seventh century. 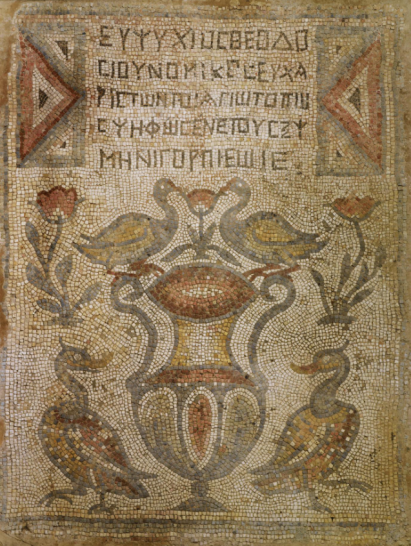 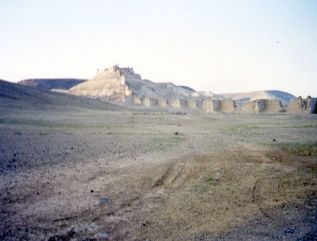 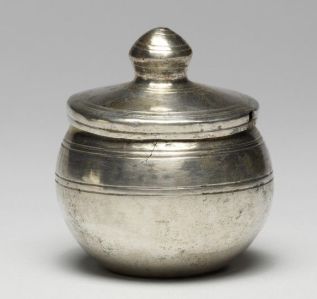 The topography of Syria itself varied from empty steppe in the east to the irrigated and populous Orontes valley and the equally populous Mediterranean coastline. Its dimensions stretched from the edge of the Sinai and Arabian peninsulas to the south, to the desert to the east, and to the Euphrates River and foothills of the Taurus to the northeast and northwest. Byzantine Syria had experienced Persian invasions of terrifying dimensions in both the fourth and the sixth centuries. 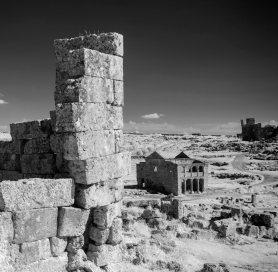 Remains of Byzantine houses, Serjilla Serjilla is one of the more than seven hundred so-called “dead cities”: deserted Byzantine towns in northwestern Syria. These towns flourished between the first and seventh centuries A.D. and were mostly abandoned during the course of the eighth, ninth, and tenth centuries. 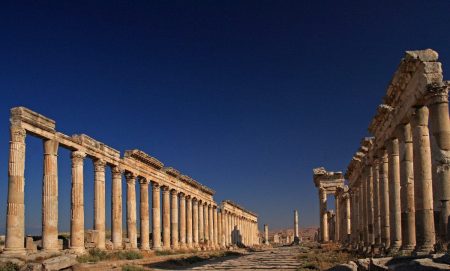 Similar to local garrisons, a number of Syrian and upper Mesopotamian towns had negotiated with the Persians instead of resisting to the end. It was another important precedent for similar action on the part of the town leadership in many centers in Palestine, Syria, and Byzantine Mesopotamia in the face of the Muslim invasions. Already there was a propensity to passive resistance, to seek the security of walled towns instead of trying to establish an effective defensive line in the field, and to seek to purchase peaceful terms instead of attempting a violent but unpropitious armed resistance. The towns where last-ditch armed resistance took place in the sixth century and during the Muslim invasions were exceptions. The Syrians’ and Mesopotamians’ inclination to avoid violent resistance was not unique. It was part of a normal pattern throughout the late Roman Empire. 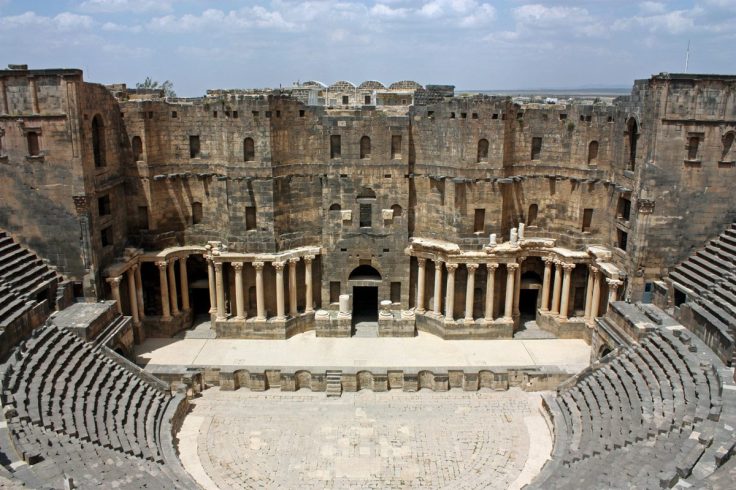 The imperial government had long prohibited private persons from possessing weapons. Given that tradition, it would have been even more difficult for individuals to drill and practice using such weapons or to reverse that policy overnight. The prohibition was intended to deter local violence and the oppression of rural communities by strongmen, but it also contributed to the discouragement and neglect of manufacture and possession of arms that might help resistance against a foreign invader. The prohibition probably was not universally observed, but it was another deterrent to local resistance. It surely discouraged long-term planning for the use of local armed resistance to invaders. It was hard to organize resistance where there was no precedent for organizing and planning for it. 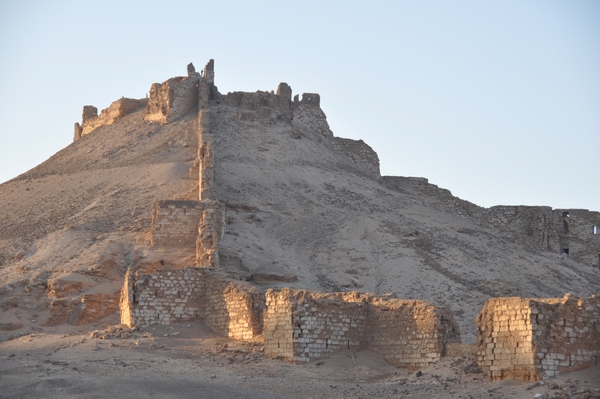 Local individuals in Byzantine Syria took the responsibility for the repair and probably also maintenance of some town walls, according to limited epigraphic evidence from the seventh century. This was probably a continuation of sixth-century practices. In fact, the author of the late fourth century De rebus bellicis recommended asking local landowners in border areas to pay the costs of watchtowers. al-Baladhuri offers corroboration of this pattern in mentioning the role of two brothers to whom the defenses of Balis (ancient Barbalissos) and Qasirln were conceded. They probably were local landowners who were also assuming other responsibilities, such as the collection and distribution of tax revenue. Defences in Syria, it is clear, were not handled exclusively by public authorities. As in other parts of the empire, local landowners legally or illegally controlled private soldiers, ostensibly to restrain brigandage or simply to enforce their own power. Such private soldiers may have been poorly armed but they could have served as a potential reserve pool of men on whom one might draw for resistance to the Muslims. But it is essential to remember that the Byzantine government had been attempting to prevent private individuals from bearing arms. These policies were inconsistent, yet no one remedied the inconsistency. While it would be an exaggeration, indeed inaccurate, to conceive of a total process of ” privatization ” of Byzantine local defenses in the seventh century, whether in the Levant or elsewhere, the known cases are reminders that some local individuals did draw on their own resources to defend themselves and their fellow inhabitants. Less clear are the social and economic causes and consequences. There was no tradition in Syria or Palestine of arming the broader population in the towns or the countryside for self-defense; that population had no experience in bearing arms. Moreover, the local population, including its elites, was not anticipating any major trouble with Arabs. Local officials were not preparing local civilians to resist any invasions. 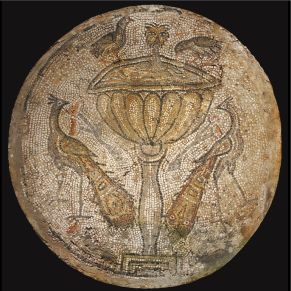 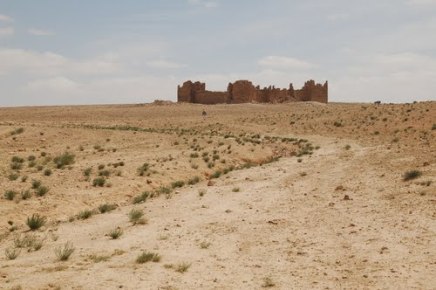 The Byzantine Empire of Heraclius could not afford to maintain the dense network of garrisons on which Rome had once depended. The process of the abandonment of the older frontiers was well advanced already by the sixth century. There was insufficient manpower to afford substantial garrisons on any frontier except possibly the Mesopotamian border with Persia. 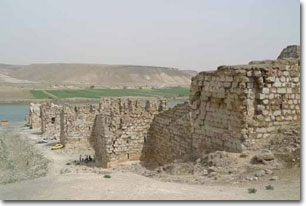 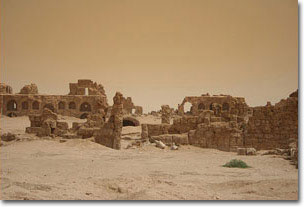 Religious reasons dictated giving careful attention to the defense of Palestine, including protection of the holy sites and the pilgrims, even though the empire’s financial and manpower resources might suffer strain. Insecurity, an alien seizure, or injury now engaged not only earlier strategic and fiscal and security considerations but also in a more direct way the prestige of the government and its ability to defend the faith and land, which was important to the faith and to the faithful. 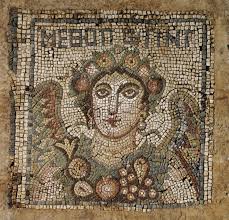 One thought on “Difficulties in devising defenses in Syria – Disturbing precedents”