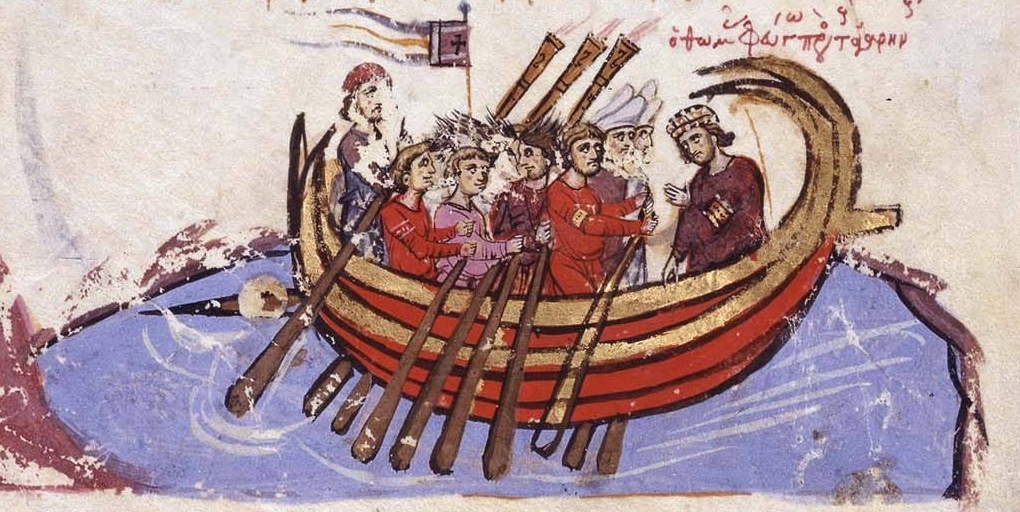 “An important chapter in the cultural relations between Byzantium and its former Dalmatian regions was written in the period of intensified communication between Greek and Roman Churches in the fourth and fifth decades of the fifteenth century. This cultural flow continued well after the Byzantine Empire had been conquered by the Ottoman Turks. While the Empire of the Palaeologi was collapsing, the cultural activity of the Greek intellectuals fleeing to Italy was entering a new, lively phase.

Greeks/Romans were again bringing their culture to the Latins, who reciprocated by embracing and incorporating it into their own tradition. Ties that connected Rome and Constantinople have once again proved to be indestructible. Many Greeks also arrived in Dalmatia, some of them directly from Byzantium, Italy, Florence in particular. Chronicler Jakov de Luccari speaks of the arrival of Constantinople families at Dubrovnik.

Greek scholars worked as notaries, chancellors, teachers, painters and writers, contributing thus to Dalmatian humanism. Although Croatian humanism was principally Latin, the revival of Plato and Neo-Platonism, as well as the idea of reconciliation between the Catholic and Orthodox churches, tended to shift the scholarly focus to the Greek world too. This approach was accomplished through close contacts with Byzantine scholars, who spread the knowledge of Greek language and culture among the local pupils, training them to read Greek texts, translate and write in Greek.

For instance, Xenophon Philelpho, the son of Francesco Philelpho and Theodora Chrysoloras, became the Secretary of the Republic of Dubrovnik in 1460. He taught the Ragusans Greek language and also fostered their interest in the ancient remains. Having married a Ragusan woman, he was granted citizenship and remained in Dubrovnik until his death. In this way, Ragusan humanists had a direct link to the famous Greek colony in Florence. Xenophon’s brother Gian Mario wrote two histories of Dubrovnik, one in verse (Ragusaeis) and the other in prose (Historia de origine atque rebus egregie gestis urbis Ragusae). However, Ragusan Senate did not really approve of his works, despite the author’s apparent efforts to flatter them. Namely, his interpretations of the origin of Dubrovnik and its nobility departed considerably from the official version. As an uninformed foreigner, he misinterpreted the ideological foundations of the legends, and by doing so, failed their political purpose. However, some later chroniclers accepted his account of the beginnings of Dubrovnik. Famous epigrapher and expert in ancient Greek culture, Ciriaco Pizzicolli of Ancona, also visited Dubrovnik in 1426, on his return from the travels to Rhodes, Beirut, Damascus, Cyrus, Mitylene, Thessalonica and other places, where he collected inscriptions, manuscripts and various antiquities. Ancona equally benefited from his long and fruitful stay. The Ragusan council minutes mention Demetrius Grecus, who was offered to teach Greek in 1490, but apparently refused. It seems that this Demetrius was no other than Demetrius Chakokondylos from Florence.
Dalmatia inspired yet another philhellene, Paladius Fuscus de Negri from Padua, pupil of Chakokondylos. He was so filled with admiration for the eastern coast of the Adriatic that he wrote De situ orae Illyrici. During the 1470s and 80s, he taught grammar, rhetoric, Latin and Greek in Sibenik, Trogir and Zadar. He made lasting friendships with Simun Divnic, Jakov Naplavcic, Petar Tavelic, Martin Sibencanin, Juraj Divnic, Ambroz Sibencanin and Juraj Sizgoric.

His pupil from Sibenik, Ivan Polikarp Severitan, translated Isocrates’ work on the duties of the ruler from Greek into Italian (Commentaria in Isocratis moralem philosophiam). Fuscus’ friend from Trogir, Coriolanus Cippico, humanist and soldier who travelled to Levant with his friend Peter Mocenigo, described many famous Greek monuments and historical places. Paladius Fuscus taught his sons Alojzije, Ivan, Jeronim and Petar. He left Sibenik to become a teacher in Zadar, where another teacher of Greek, Nardino della Celina from Furlania, worked. From there, Fuscus left for Koper in Istria (Iustinopolis), a well known centre of Latin and Greek literacy, where he worked with Peter Paul Vergerius and thought Greek, Latin and rhetoric.

The study of Latin, Greek and ancient history remained the basis of humanistic learning. The scholars from Byzantium, as well as the Italian philhellenes, passed on the Greek language and culture to their Dalmatian students. The task was not an easy one, since there was no tradition of learning Greek in Dalmatia. Eventually, the language shared the fate of its decaying Empire. From the letter of Pope Innocent III to the body of canons of St. Anastasia church in Zadar in 1198, it can be concluded that Greek liturgy and language were still in use. In the fifteenth century Dalmatian humanists devoted themselves to the study of Greek, at first without the help of good dictionaries and grammar books. Some authors spoke fluent Greek, were veri viri plurilingues and wrote excellent poetry in Latin, Greek and Italian. 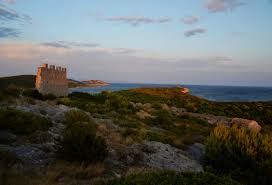 Nobleman Ivan de Gozze was one of the first Ragusans to learn Greek in the fifteenth century. He wrote in Croatian, Latin and Greek, having earned himself a triple laureate in his native town. His knowledge of Greek helped him in his commercial ventures in the East. Sixteenth-century Dubrovnik saw several experts in Greek: Frano de Luccari, Matej de Babalio and others, who translated Greek texts and also wrote in Greek. Some of them, however, were not as versed, their Greek writings swarming with mistakes in both accentuation and grammar. Errors aside, they were aware that the knowledge of Greek literature and philosophy was essential to scholars. For instance, numerous mistakes can be detected in the Greek elegies and epigrams by the Ragusan nobleman and poet Dominik de Ragnina, but his translations of Greek authors offered to Dubrovnik cultural society are still of great importance.

Free translations of Philemon, Meander, Antipatre of Thessaloniki, Nikarchos, Isidore of Aegina, Leonidas of Tarentum, Plato Jr., Theocrites and others, according to an anthology that found its way into his possession, were modest, yet to many Ragusans a significant contact with certain Greek authors. 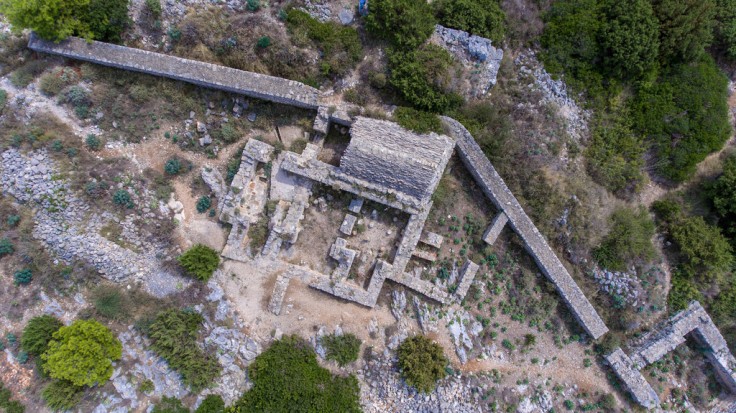 Damian de Benessa, another nobleman, wrote a number of epigrams and epitaphs in Greek. He translated original Greek epigrams and the poem of Gregory Nazianzen Eis ten en tais vesteías siopén. Following a period of cultural stagnation in the seventeenth century, due mainly to Ottoman conquests, the next century witnessed the flourishing of Croatian Latinism, resulting in a number of exceptional Latin translations from Greek. Bernardus de Zamagna (1735-1820) translated the complete works of Hesiod, Theocritus’s idylls and Odyssey. Rajmond Kunic (1719-1794) translated almost five hundred epigrams from the Greek anthology, Theocritus, Aesopus and Callimachus, while his translation of the Iliad from Greek is considered the best Latin translation of this epic to date.

By the middle of the fifteenth century, the West had discovered almost all Latin authors we know of today. By contrast, Greek texts remained practically unknown, mainly because Western scholars were not familiar with Greek language. It was not until the fall of Constantinople in 1453 that this situation began to change. Eastern Adriatic saw the arrival of Greek fugitives who, carrying with them the texts by Greek and Byzantine authors, began to spread the knowledge of Greek language and learning. Many Dalmatians started collecting Greek works and manuscripts for their libraries, the largest collections being those of Frano Petris (Franciscus Patricius) and Ivan Stojkovic. While working on Cyprus in the sixteenth century, philosopher Frano Petris compiled a collection of 74 rare Greek manuscripts of exceptional value.

Financial difficulties forced him to sell the collection in 1575 to King Philip II for the Royal library in Escorial. Among many valuable theological, philosophical, historical, legal, mathematical, musical and literary texts, there was also Bessarion’s work De eucharestia, marked unicus. Certain Greek originals as, for example, the works of Homer, Herodotus, Hesiod, found their way to the shelves of the Ragusan private libraries.

A growing interest in Greek culture, along with the activity of the Greek scholars and philhellenes resulted in a much better knowledge of Greek culture on the whole. Dalmatia was not “the second Byzantium” as Cardinal Bessarion called Venice, but a place where Greek culture was highly valued. The fact that Greece was the cradle of Western culture was generally acknowledged in Dalmatia, giving way to graecomania. People who knew Greek were much appreciated and were considered to be highly educated. Eventually, the knowledge of Greek improved to such an extent that certain authors may well have challenged their Greek masters.”

2 thoughts on “Graeco-Roman (‘Byzantine’) culture in Dubrovnik and Dalmatia”