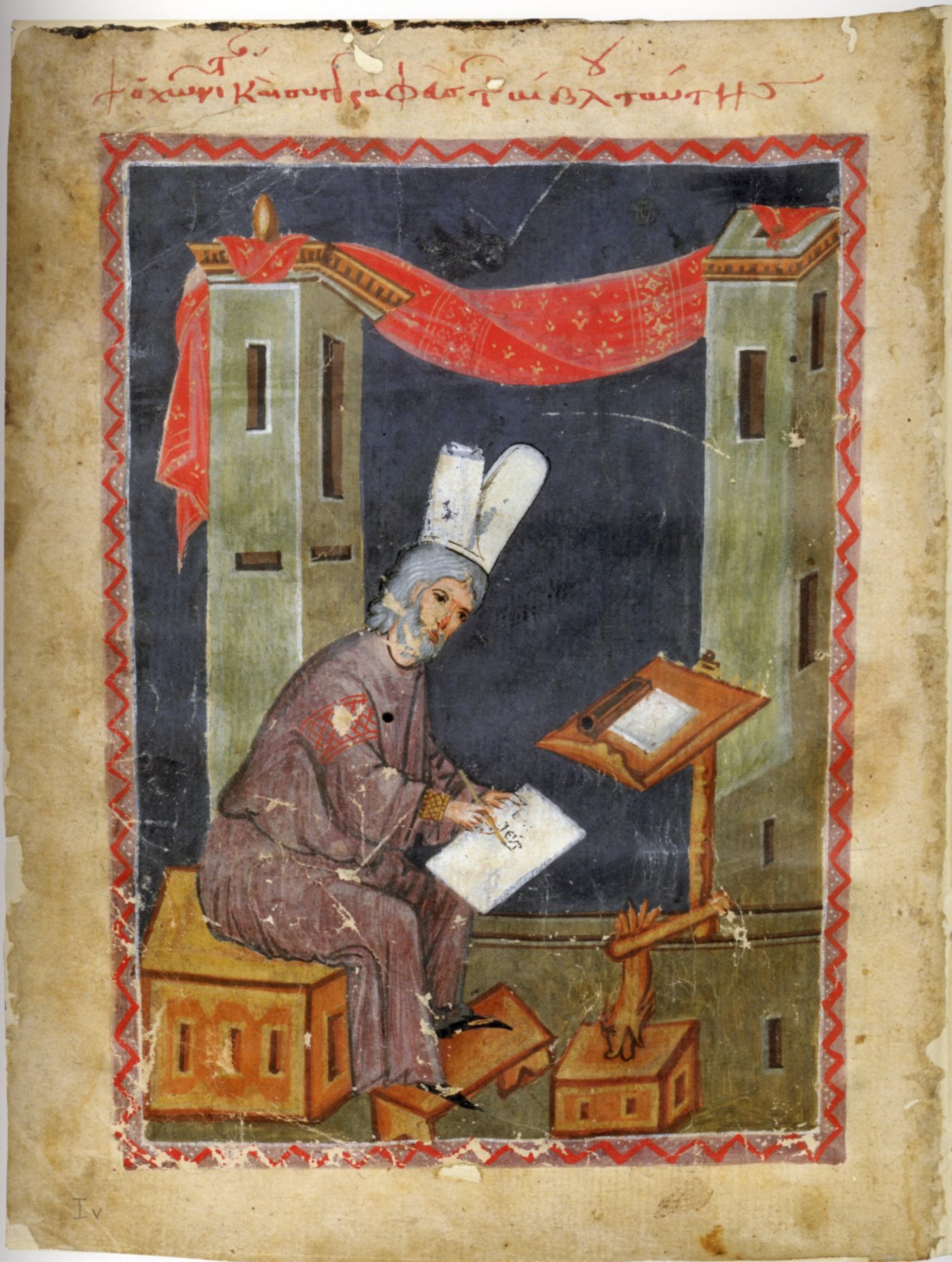 Nicetas was born in Chōnai, in Phrygia (hence his name Chōniates, sometimes incorrectly given as Akominatos or Acominatus), in about 1155. When he was nine he moved to Constantinople, where his brother Michael (c. 1138-1222), who in 1182 would become metropolitan of Athens, was already resident. Nothing is known of his teachers. He entered the imperial bureaucracy, probably in the later years of Manuel I Comnenus’ reign (1143-80), and in the following decades he climbed the ladder of a civil career up to the post of Logothetēs tōn sekretōn (‘prime minister’). He briefly retired from imperial administration during the reign of Andronicus I Comnenus (1183-85). Nicetas’ offices occasionally took him into the imperial provinces (he was dux of Philippopolis/Plovdiv in 1189-90), but his career developed mainly in Constantinople. When the city was conquered by the warriors of the Fourth Crusade in 1204, Nicetas left for Selymbria, then came back for a short period, and finally he moved to Nicea, where Byzantine resistance to the Latin conquest was being organized by Theodorus Laskaris. Here, he was again active in the court (as testified by some of his rhetorical writings), but could not obtain the high position he had held inConstantinople prior to 1204. He died in 1217. 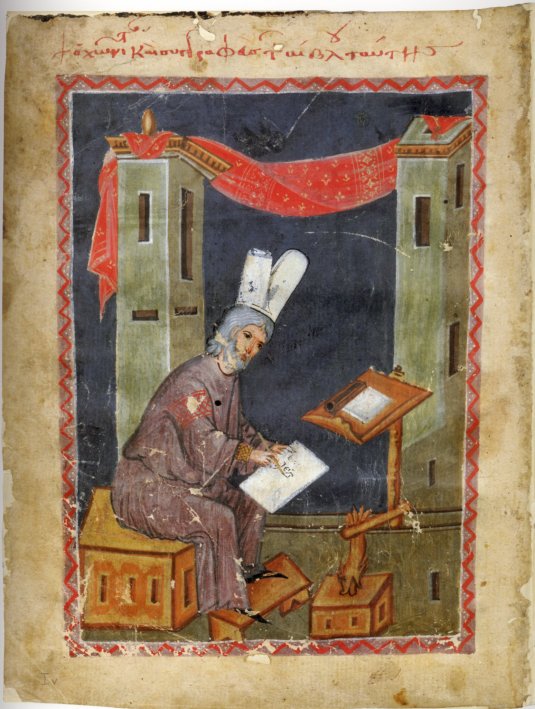 Nicetas is the author of a lengthy historical work, the Chronikē diēgēsis or Historia, which narrates events from 1118 to about 1207 and is considered one of the masterpieces of Byzantine literature. He is also the author of a theological work on heresies, the Panoplia dogmatikē or Thesaurus orthodoxiae, in 27 books. In addition, there are 11 letters and 18 orations, mostly linked to his activity as a court rhetorician. All these works contain important elements for a knowledge of Christian-Muslim relations.

The History of Nicetas Choniates is the main narrative source for the history of Byzantium in the years 1118-1207, a period that saw frequent conflicts between Byzantium and various Muslim powers: the Byzantine Empire had to counter the Turkish expansion in Asia Minor, and military expeditions also reached Syria (1137-38, 1144 or 1145, 1159) and Egypt (1169). The History thus offers ample evidence of political and military confrontation between Christian and Muslim powers. This period also saw a good deal of peaceful interaction between Byzantium and its Turkish neighbors, and Nicetas has important information on these aspects as well.

References to Turks in the History can be traced from the index in van Dieten, Historia (see under ‘Persai’); also Brand, ‘Turkish element’, and Zorzi, ‘Islam’. Here just a few examples will be given. We learn from the History about (converted) Turks integrated into Byzantine (high) society, such as John Axouch (ed. van Dieten, pp. 9-10), and about members of the Byzantine elite, mostly part of the Comnenian family, who were at home at the court of various Turkish rulers and even converted to Islam (van Dieten, pp. 35-36). Nicetas testifies to the incipient assimilation of the Christians of Asia Minor to the Muslim Turks of the Sultanate of Iconium as early as the reign of John II Comnenus (1118-43) (van Dieten, pp. 37-38); and later he relates how a group of deported Byzantine peasants preferred to settle under the rule of Sultan Kai-Khusraw in 1196-97 (van Dieten, pp. 494-96). He has important pieces of information on Turkish and ‘Roman’ merchants from Iconium coming to Constantinople during the reign of Alexius III Angelus (van Dieten, pp. 493-94) and on the mosque that still existed in the Byzantine capital (van Dieten, pp. 525, 553, 554; see Reinert, ‘The Muslim presence’, pp. 126-30).

Conversion of Muslims to Christianity is recorded, though seldom explicitly: an officer of the Byzantine army called Poupakēs (Abū-Bakr) –and therefore a Turk, although Nicetas does not mention it – made the sign of the cross before assailing the fortress of Kerkyra (van Dieten, p. 84); in 1176, Turkish converts were serving in Manuel I Comnenus’ army campaigning against the Sultan of Iconium, Kilij Arslan II (van Dieten, p. 187). Nicetas’ attitudes towards converted Turks and sometimes also towards Turkish Muslim rulers (in contrast to the Byzantine rulers) is not always negative, but his hostility to Islam is absolute, as the religious controversy narrated in Book VIII of the History reveals and various allusions confirm: e.g., when lamenting the loss of Byzantine lands in Asia Minor, he refers to Muslim Turks as believing in a false religion (van Dieten, pp. 116-17), and he disapproves of the intended participation of the sultan in a religious procession in Constantinople (van Dieten, pp. 118-19).

The History (pp. 213-20) is the main source for an important religious controversy in 1180 about the Muslim and Christian conceptions of God, which set the Emperor Manuel I Comnenus against the Byzantine clergy, led by the Patriarch of Constantinople, Theodosius Boradiotes. The same account, with minor but not irrelevant differences, is to be found in Nicetas’ Panoplia dogmatikē, Book XXVI. The only other source on this controversy is an official document (Tomos) dated April 1180 (see Zorzi, ‘Tomos’, CMR 3, pp. 759-63, which summarizes the whole question; for a discussion of the account of these three sources, cf. Zorzi, ‘Islam’). According to Nicetas’ History, the occasion for the dispute was offered by the emperor himself, as he decided to remove Anathema 22 from the ritual of abjuration that Muslims converting to Christianity had to undergo (see A. Rigo, ‘Ritual of abjuration’, CMR 1, pp. 821-24). Anathema 22 condemned Allah as defined by a Greek version of Sūra 112: ‘And furthermore, I anathematize the God of Mahomet, of whom he says: He is the one God, holosphyros, who neither begat nor was begotten, and noone has been made like him.’ According to Manuel, this condemnation of ‘their God’ was an obstacle to conversion for Muslims. From Nicetas’ Panoplia (see History, ed. van Dieten, p. 213.54) we learn that the problem of Anathema 22 was raised by a Turkish emir, Ḥasan (Chasanēs), adoptive son of a certain Gabras and identified as Ikhtiyār al-Dīn Ḥasanibn Gabrās, known from other sources as a powerful member of Sultan Kilij Arslan’s court. Moreover, Manuel is reported to have said that he wanted to avoid ‘the true God’, ‘God creator’ being condemned. Although the definition of God as holosphyros (al-Ṣamad, Q 112), a word that in Greek means ‘made of solid beaten metal’, i.e. ‘solid’, ‘compact’, was one of the controversial points, neither from Nicetas nor from the Tomos can we infer that there was a serious discussion of its meaning. Rather, it was exploited by the clergy for polemical reasons (as by Nicetas of Byzantium, the first Byzantine author to translate al-Ṣamad  as holosphyros), denying that a ‘holosphyros God’ was really God.

The phases of the dispute have been already summarized, according to the
Historia, in the entry on the Tomos (q.v.). Here it can be underlined that the Emperor, supported by some members of the court, had to face strong opposition from the clergy: in Nicetas’ account, Patriarch Theodosius Boradiotes and the learned Eustathius of Thessaloniki figure most prominently. Eustathius’ brief but intense speech to counter Manuel’s arguments contains a very harsh and vulgar criticism of Islam, exploiting polemical terminology going back to Nicetas of Byzantium. Only from Nicetas Choniates’ account do we learn about different written versions of Manuel’s position, expressed in two different tomoi discussed by the synodos, and he is the only source to refer to the harsh discussions and dialogues that took place on various occasions. The final decision to abolish Anathema 22, while introducing a new one against Muḥammad and his teachings, is attested also by the preserved final Tomos. According to Nicetas, the dispute ended in May (1180), while the Tomos is dated to April of that year.

Nicetas’ attitude is completely contrary to Manuel’s attempt to find a compromise allowing Muslims not to condemn ‘their God’ directly; he agrees with the rigid position of the clergy, totally opposing any concession to the idea that the Muslim God had anything in common with the Christian God. In his narrative, the emperor’s initiative is described as a fruit of his sickness and madness, while Bishop Eustathius of Thessaloniki, with whom Nicetas was personally acquainted, is given the role of a hero.

Nicetas’ account of Turkish-Byzantine relations in the 12th century and the first years of the 13th contains unique items of evidence. As for the dispute about the ‘God of Muḥammad’, reported in Book VIII of the History, his account is again the most detailed source for the whole episode, and the only one for many of its aspects. As already stated in the entry on the Tomos of April 1180 in CMR 3, the overall significance of the dispute itself is under discussion, and its practical effects were probably insignificant, owing to the death of Manuel in September 1180. But it is certainly important as it testifies to Muslim conversions to Christianity during Manuel Comnenus’ reign (a fact known from other sources as well), and most of all to Manuel’s attempt to respond to the requests of his Muslim subjects, altering an established tradition and confronting the clergy on a theological issue.

The dispute also testifies to the clash between two different Byzantine attitudes towards Islam. The first, here represented by the clergy, totally discounts Islam as a true religion, not even recognizing a shared monotheism, and this is evidently the position that Nicetas supports (a position well attested in Byzantine polemical literature); the other (less frequently encountered in the sources), here represented by Manuel Comnenus, gives due importance to belief in one God, creator of the universe, as something common between the two religions.

In various orations, delivered in different periods of Nicetas’ career, mention is made of the Turks, mostly as enemies defeated by the emperors, both before and after the conquest of Constantinople in 1204 by the crusaders (see Orations 7, 9, 10, 14, 16).

Oration 16, whose title reads To the Emperor Theodorus Lascaris, when he killed the sultan of Iconium, which was delivered on the occasion of an important victory of the emperor residing in Nicea over Sultan Kai-Khusraw I in 1211 (see van Dieten, Erläuterungen, pp. 161-62), is the only one that refers directly to Muslim beliefs. Here (van Dieten, p. 174.3-8), while affirming the superiority of Emperor Theodorus Lascaris over his Turkish enemy, and of Christ over Muḥammad, Nicetas briefly recalls the story of the she-camel ‘who drinks all the rivers’. This story is also told in Panoplia dogmatikē, Book XX, ch. 7 (PG 140, cols 112B-113A), which reproduces ad litteram a passage from John of Damascus’ chapter 100 on Islam in De haeresibus (ed. Kotter, pp. 65-66).

Mention of the she-camel in Oration 16 testifies to the rhetorical use of one Muslim belief, not in the usual context of religious polemics, but in a literary, rhetorical work. References to Muslim Turks throughout the Orations confirm and integrate the historical information found in Nicetas’ History, though here from the different perspective of rhetorical, mostly panegyrical, compositions. 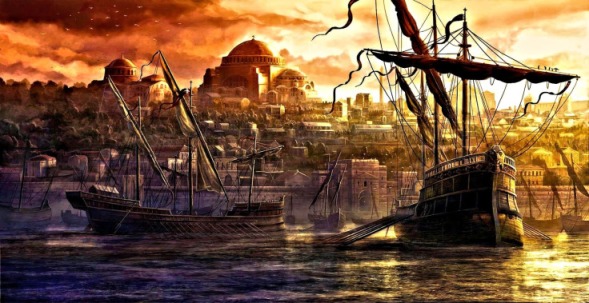