Tonsils present organs of the lymphoid apparatus that are strategically placed at the entrance of digestive and respiratory systems. Tonsillectomy as well as direct laryngoscopy were known procedures in ancient Greece since the Hippocratic era. In fact, direct laryngoscopy was found by Hippocrates, who described it in the Hippocratic Collection among other surgical operations in the head and neck area. Paul of Aegina was not only aware of such operations but was also ceaselessly performing them by the well-known method of “the direct fall of the sunlight in the organ of interest.” Paul was born in the island of Aegina (c. 7th century AD) and studied and practiced medicine in Alexandria, just before the destruction of the city by the Arabs. With his great deeds, he flourished in the middle of 7th century AD, and justifiably gained a very high reputation. Among his medical work stands his masterpiece Treatise in Medicine, the Seven Books, which had been translated almost immediately in Arabic.

Paul of Aegina was a genius pioneer surgeon, gynecologist, and obstetrician of supreme skills, ahead of his time. He was using antiseptics, usually salt powder, painkillers, and ligation (Greek: απολίνωση, apolinosis) of bleeding vessels. He was the quintessential student of the best medical authorities such as Hippocrates (460-370 BC) and Galen (130-200 AD). He gave us extraordinary descriptions of tracheotomy, tonsillectomy (amygdalectomy), catheterization of the bladder, lithotomy, inguinal herniotomy, abdominal paracentesis for ascites, and many other surgical procedures including reduction of breast size and cataract.

The etymology of the anatomical terms that were used for tonsillectomy in history are “tonsil” (Latin tonsa: the oar), “antiades” (Greek: αντιάδες), “paristhmia” (Greek: παρίσθμια), and finally “amygdala” (Greek/Latin: αμυγδαλή, the almond). Paul of Aegina, a master in vivid descriptions, presented in his work a surgical operation of the tonsils. The patient should be put in a sitting position toward the sunrise, facing east. The position must be in such a way that the sun’s rays fall straight on the tonsils. If that is no possible, a smooth convex branch of myrtle, wrapped with wool, could be used for the straightening.

While Paul knew the procedure made by Celsus (c. 25 BC-50 AD) in the 1st century AD who used his fingers to remove the tonsils, and the “hook and knife method,” performed by Aetius of Amida (c. mid-5th to c. mid-6th century AD) during the 6th century AD, he had upgraded the procedure by scraping the mucous membrane with a finger and enucleating the tonsil and then used forceps (Greek: αγκυλοτόμος) to completely extirpate it.

Paul of Aegina was the first to notice that the tonsils should be operated only after the acute phase of the inflammation had been suppressed. He had used his forceps soon after the use of a tongue depressor, leaving the mucous membrane untouched. He had observed 2 different types of tonsil, one with a wider base toward the muscles of the anatomical area, more prone to bleed, and another with a small base, easier to be extracted. Usually both tonsils were to be extracted, especially when pus was present in their surface.

Paul had also discussed in detail the prevention and treatment of postoperative bleeding. Thus, his first suggestion was gargles with cold water or oxycrate (a mixture of water and vinegar) to deteriorate massive bleeding. In the case of no success a debit decoction of brambles, roses, and myrtle leaves was to be used. In an extreme situation of massive bleeding the patient must gargle the juice of plantain and comfrey and the trochisk from amber and the Lemnian earth, dissolved in oxycrate. The next day, after the end of acute bleeding, the tonsils should be anointed with a mixture ointment consisting of water, the white part of an egg, or hydrorosatum. Sometime after, when sordes (dirty epithelial layer-bacterial layer) are collected about the ulcers, injections and linctuses, made by honey, should be applied. Until the 7th century AD, in order for a major hemorrhage to be prevented, a portion of the tonsil was to be left behind.

Paul of Aegina, with his forceps, had tried to completely remove each tonsil from the surrounding pharyngeal musculature, an innovative thought that laid the foundation for tonsil guillotine. Every grand surgeon is always in need of the best available angle and illumination to perform. Paul exploited every available knowledge, since Hippocrates, and used instruments to create an operating position for the procedure to be performed as much ideally as it could be. He had avoided to operate in a “face to face” position and used the sunlight as a surgical headlight, while he was operating on the tonsils having a position “next to” the patient. His way, the “forceps-sunlight” method, was a prelude toward the modern operating room.

(Source: “Paul of Aegina (c. 7th Century AD): Introducing in the Surgical Operating Theatre of the Era an Innovative Tonsillectomy With a Forceps Under the Sunlight”, by Gregory Tsoucalas et al.) 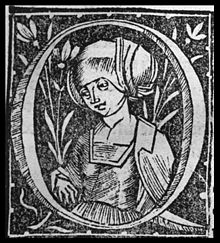