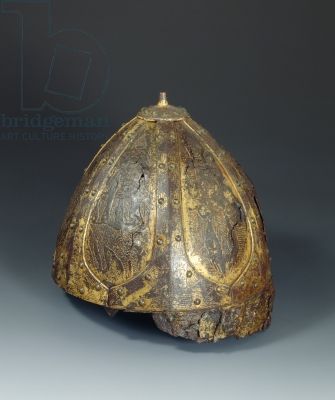 De-population and Contraction of town life in Italy

Moorhead, in NCMH vol 1, p.158, notes that in Cassiodorus’s works – before 535AD – there are many references to open cities, while forts (castra, castella) are barely mentioned. In pope Gregory’s [590] works, however, the narrative is all forts.

In his Archaeology, Christie 2006: 60 notes that during the Gothic and Lombard wars many urban centres were decimated and the survivors forced to flee to, or encouraged to migrate to, alternative, better fortified and equipped seats. Fully 42 bishoprics went out of existence. Perhaps surprisingly, southern Italy – for the south is sometimes viewed as partly cushioned from the warfare – was the most badly hit: thus no bishoprics appear in Lucania, the lower-middle section of the Italian boot, under pope Gregory (d. 604); and, of the 15 previously attested in Apulia, just one is recorded, namely at Sipontum (Manfredonia). The formerly important see of Canosa/Canusium had no clergy at all in 591.

“The papacy owned slaves, and the pope was their master. Some worked in domestic settings, others on the papacy’s vast landholdings. Of course free lessees and coloni (serfs of various kinds) also worked on church land … It is impossible to know how many slaves the papacy owned, or how much of its property was farmed by slaves. But, while there may have been growth in tied tenancy [serfdom] during the period, there is a growing consensus that there was not a precipitous decline in the slave population. Papal slaves were not a rarity.” —Adam Serfass, ‘Slavery and Pope Gregory’, Journal of Early Christian Studies, Volume 14, Number 1, Spring 2006.

In 598 we have a report of Jewish merchants buying pagan and Christian slaves in Gaul and bringing them, at the behest of imperial officials, to Naples for sale. As non-Christians, Jews were not subject to the decrees of the Church (McCormick 2001: 625 note 29; William Phillips, Slavery from Roman times to the early transatlantic trade, Manchester University Press ND, 1985, pp.61-63).

The great slave market of the West in the 600s was at Marseilles in the Frankish kingdom; The Vita of St. Eligius, fl. 638, Bishop of Noyon (in what is now N France) in the seventh century, makes it clear that ships bearing more than 100 slaves were not unusual at this time: “there were Romans, Gauls, and Britons also, and men of Marseilles, but they [the slaves] were chiefly men of Saxony” (Inge Hansen & Chris Wickham, The Long 8th century, Brill, 2000 p.177).

Brown, in Gentlemen and Officers, 1984: 73, notes that there was an imperial policy of winning over dissident or greedy Lombards. And it was broadly successful. No less than 14 or 54% of the 26 dukes and magistri militum – senior military commanders – serving Byzantium in Italy between the Lombard invasions and the death (604) of Gregory I were Germans (ethnic Lombards) by birth. “The readiness of the Lombard dukes to transfer allegiance to the Empire demonstrates the shakiness of the early Lombard kings’ authority”.

During 592-93 Duke Ariulf of Spoleto continually threatened the Via Amerina, the
communication route between Rome and Ravenna, and captured a number of other places belonging to the empire; while in the south Arichis, duke of Benevento, co-operating with Ariulf, pressed hard upon Naples.

About the end of July, Pope Gregory concluded a separate peace with Ariulf which aroused great indignation at Ravenna and Constantinople because it was beyond the authority of the Roman patriarch to make such peace with an independent power. It would seem that it was this action which stirred the exarch Romanus to a campaign.

Ariulf of Spoleto attempted to take Rome. He succeeded only in taking several forts on the highway from Ravenna to Rome, but this briefly divided the imperial realm and momentarily united the Lombard realms.

In 592 the Roman patriarch Gregory “received a threatening letter from Ariulf of Spoleto, which was followed almost immediately by the appearance of that chief before the walls of Rome [July 592]. At the same time Arichis [Latin ‘Arogis’] of Benevento advanced on Naples, which happened at the moment to have no bishop nor any officer of high rank in command of the garrison. Gregory at once took the surprising step of appointing a tribune [i.e. an officer commanding a numerus of around 350 troops: by name Constantius] on his own authority to take command of the city (Epp., II, xxxiv), and, when no notice of this strong action was taken by the imperial authorities, the pope conceived the idea of himself arranging a separate peace with the Lombards (Epp., II, xlv)”. Subsequently the northern Lombards under King Agilulf will push south and besiege Rome. The exarch was at Ravenna, so the defence of Rome was managed by the local Byzantine commander (magister militum) and the pope or archbishop of Rome, Gregory. Agilulf was paid money to withdraw (593).

Gregory I, the patriarch of Rome, appealed to the exarch Romanus at Ravenna for help in assisting Naples, then under Lombard attack. Romanus evidently thought it more prudent to remain in NE Italy. Gregory then made peace with the Duchy of Spoleto, in order to relieve Naples which was threatened by the Lombards of Benevento.

The Exarch reasserts imperial authority along the Via Cassia and the Via Amerina, key roads leading into Rome from the NE and north respectively. In all, 10 towns and villages were recaptured (late 592-early 593) from the Lombards. This was essential if communications between Rome and Ravenna were to be restored.

“Romanus, the ‘patrician’ [patrikios, a court title] and Exarch of Ravenna, proceeded to Rome. During his return (593) to Ravenna, he re-occupied the cities that were held by the Langobards, of which the names are as follows: Sutrium, Polimartium, Horta, Tuder, Ameria, Perusia, Luceolis, and some other cities.” —Paulus D., 4.8.

The Exarch Romanus had left the city and taken most of its garrison with him. The Exarch’s campaign had roused Agilulf, who marched from Pavia to re-take Perugia. The Lombard army must simply have marched past Romanus in Ravenna, ignoring him. They then marched on Rome, arriving there probably some time in June 593; or perhaps a little later: there is a pause in the Pope’s correspondence between December 593 and March 594.

The only professional troops in Rome were the ‘Theodosiac regiment’ [Latin: numerus Theodosiacus], originally recruited in the Crimea, whose pay was in arrears. So the church paid them (Richards 1979: 173; Theodosiacus: Diehl p.198). Also Pope Gregory knew that the city’s grain store was too small to hold out for very long. And, from the battlements of the city, he could see the captive Latins driven from the Campagna – the valley of the lower Tiber, – roped together with halters around their necks, on their way to slavery: “Romans tied by the neck [with ropes around their necks] like dogs” – “and led off to be sold as slaves to the Franks” (Letter V.40).

The siege of the city was soon abandoned, however, and Agilulf retired – to Milan, so presumably via Tuscany (Jones et al., Prosopography, I:28). Ignoring the Exarch in Ravenna, the patriarch of Rome, Gregory, used a large gift of silver to obtain a treaty with Agilulf: the first stirrings of political independence by the papacy. Although Rome eluded him, Agilulf at this time, as we have said, took control of Perugia, a key fortress town (Collins 1991: 197). Diehl (1905: 69) says, or seems to say, that the Lombard held Perugia through to 598.