This post is a brief presentation of a very interesting scientific research in the Orphic Hymns. 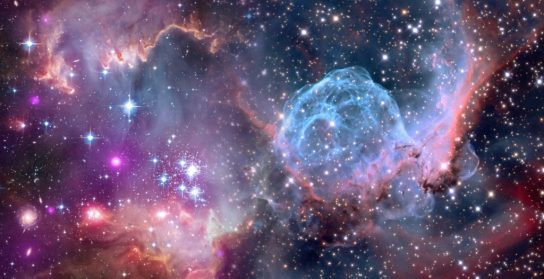 Constantine Chassapis (1914 – 1972), the author of this research, was a Greek observational astronomer and writer originally from Veria. Since 1946 he has been an astronomer at the Penteli Astronomical Station of the National Observatory of Athens. In 1957 he became curator of the Astronomy Laboratory at the National Technical University of Athens. He made observations of the solar photosphere in collaboration with the solar research department of the Zurich, Constantinople and Harvard Observatories. He also studied comets and eclipses. He has authored many valuable books and studies.

NovoScriptorium has managed to find the complete work of Constantine Chassapis on the Orphic Hymns, which is originally written in the Greek Language. We present here only the English Summary but, hopefully, at some future time, we will be able to present an article that will include the highlights of this very interesting piece of work. Despite some exaggerations on historical issues from the scientist’s part, we believe that the Astronomical observations he did are in the correct direction. We firmly believe that all ancient Literature, not only Greek, should be studied extensively, in similar ways, so that we might find even or greater surprises about the level of knowledge of our ancestors.

Another similar astronomical work on ancient Greek texts, that we have already presented, can be read here: https://novoscriptorium.com/2019/03/14/astronomical-research-suggests-that-the-trojan-war-ended-on-6th-of-june-1218-b-c/

A. “The Orphic Hymns give us information on the Astronomical knowledge of the Greeks during but also before the 2nd millennium B.C.

Because, from the line

it results that the hymns have been formulated when the seasons winter and summer had an equal duration, that is, round 1366 B.C.

On the other hand, it is proved that line

refer to the spring equinox and to the summer solstice, when these were taking place (respectively) in the Taurus and the Leon, up to 1841 B.C.

1) the seasons summer and winter were practically equal, not differing more than 13 hours

2) the point γ passed through regions without brilliant stars, so that practically it entered in Aries in 1382 B.C., when it reached the hour circle of δ Ari (Mag. 4, 5)

It is concluded, that the Orphic Hymns have been formulated between 1841 and 1382 B.C. and most probably in the years round the middle of the period, that is, the 17th century B.C., when first γ had not yet reached the weak stars of the Aries and second the seasons winter and summer differed just more than 6 hours.

(Note: The numbers within brackets denote the first one the hymn and second the relative line there of)

B. The Greeks in the Orphic times had conceived the heliocentric idea, and it was from them that it was later borrowed by Pythagoreans and Aristarchus.

Indeed, they were aware of the sphericity and the rotation of the earth, because, it is proved, that the term ‘πόλος’ which one meets in the lines

means the globe, of which they also determined the zones: torrid (‘έμπυρον‘), temperate (‘μεσηγεις‘) and frigid (‘ψυχράς‘). This is derived from the extract:

denotes the change of altitude of the sun, during its culmination above the various places, with φ.

On the other hand, the lines

denote that the earth is the center of the celestial sphere, the axis of which is identified with the axis of the world and is terminated in the well known (‘πασίγνωστον‘) (northern) pole of the sky, and that the sky rotates round this axis.

Furthermore, the fact that the Orphics were teaching the equal time duration of the rotation of the earth and the celestial sphere, is mentioned explicitly in the extract ‘διαθήκαι‘ (testament) of Aristobulus, saved by Eusebius (‘Ευαγγελικά‘, § 13, 12) where Orpheus says to Musaeus:

The literal version of this extract is: ‘because he knew the course of the stars and the movement of the (celestial) sphere round the earth, as this (the earth), which is round, rotates in equal time round its own axis’.

These refer to the first part of the heliocentric idea, that is to the sphericity and the rotation of the earth.

On the other hand, from the line

and the line (26, 3) which is mentioned above, it is derived that the chariot of the four seasons of the year, which the sun draws is yoked by the earth. This idea is repeated also in the hymn of Rea-Earth (13, 2), where it is said: ‘for your sake’ (because of you) Leon (summer solstice), which killed Taurus (equinox), drives and advances the chariot (of the year), which is drawn by the (four) sacred wheels (of the seasons). It is therefore understood that because of the movement of the earth round the sun the four seasons occur. These combined with the line of the hymn of the sun

where ‘κόσμος‘ is called the earth and ‘δρόμος‘ the ecliptic explicitly denote that the Orphics accepted the sun as the center of attraction which round the earth moves on the ecliptic.

C. Finally it is proved that:

The Orphics knew the global shape of the sky as well as the two first laws of the apparent motion of the celestial sphere.

They distinguished the stars into ‘πυρόεντας‘, that is fiery and into the seven planets, which they called after their today’s names, which consequently, are of Orphic origin.

They introduced the zodiac. The names of the constellations and especially those of the zodiac are Orphic (as it seems from the compared texts).

They determined the ecliptic, and the term ‘δρόμος‘ which Archimedes uses in ‘Ψαμμίτης‘ (4, 5) for the ecliptic is of Orphic origin.

They determined the duration of each season.

They knew that the diffused light, as well as that of dawn, and of twilight were due to solar light and the presence of the atmosphere.

They introduced the idea of the ether, as filling the space beyond the atmosphere.

They accepted the presence of mountains on the Moon.

They were using a lunar calendar of twelve conjuctive months (of the same duration of time), every one of which was considered between two full moons.

They accepted that all phenomena were governed by the universal law, which regulates all of the sky and earth and secures the stability of the existence of the earth. 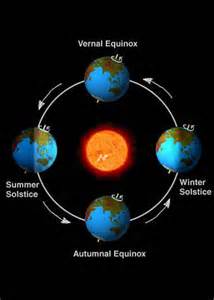 From what is mentioned above it results that

a) the existing views in the history of Astronomy, concerning the so called priority of the Assyro-Babylonians against the Greeks, for many of the above exposed notions, must be revised,

b) the views of Prehistory, according to which the Ancient Greeks and the Aegeans were not Greek tribes, must be revised. Because the dating of the Orphic Hymns through astronomical methods proves that these, regardless of the time of their gathering and registration, during the 6th century B.C., were formulated much earlier and were communicated from generation to generation by the initiated of Orphism. Mark well that Herman Diels in ‘Fragmenta der Vorsokratiker’ refers -chapter ‘Orpheus’ p.3, that the ancient Greeks were writing their opinions and their observation on very thin boards. These hymns were the genuine product of the Greeks who lived in the country in the depths of the 2nd millennium B.C.. They cultivated the observation of the sky, and layed the foundations of the basic theoretical astronomical truths, the very ancient epoch.

6 thoughts on “Astronomical Findings in the Orphic Hymns”