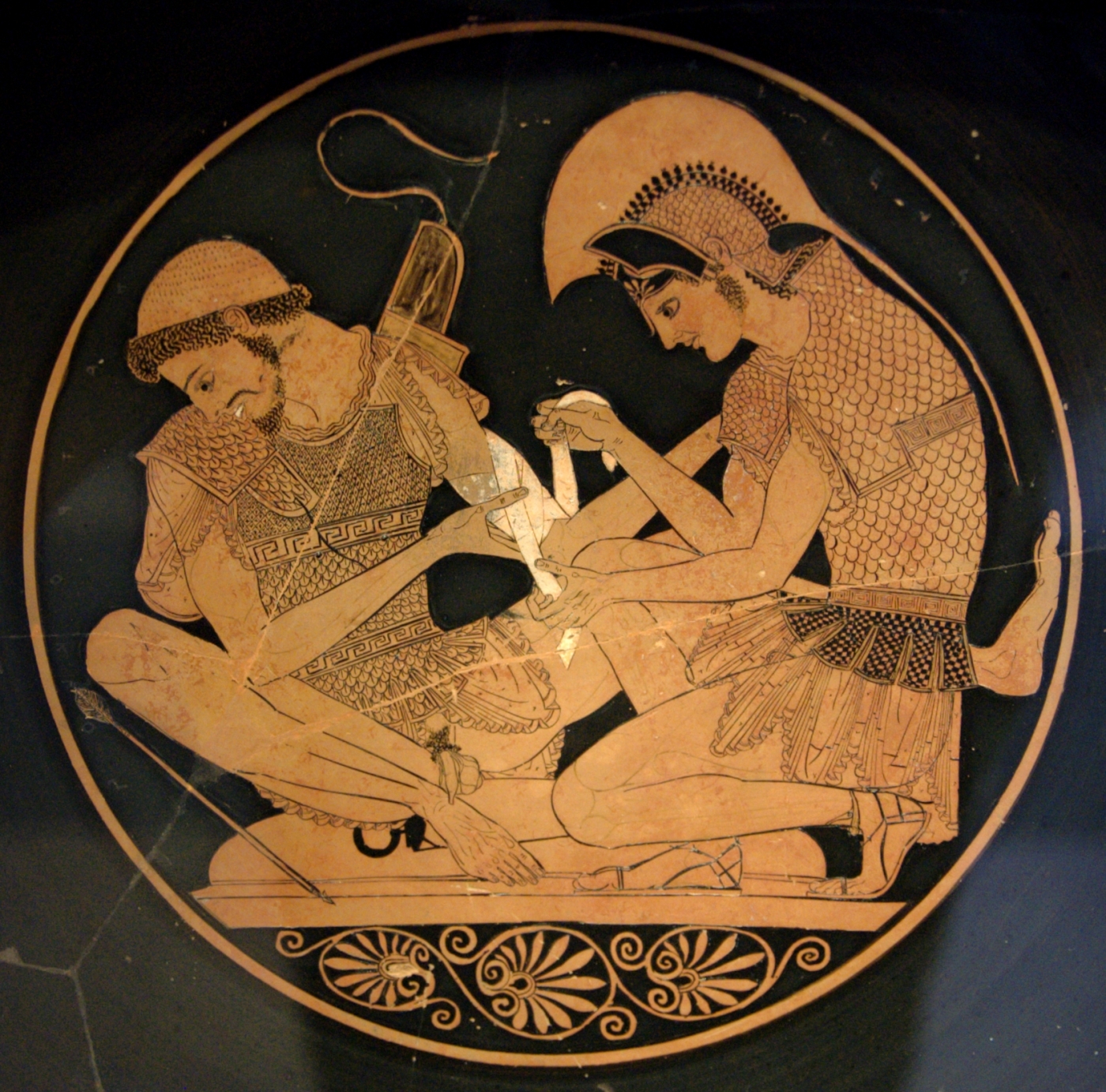 The excavations have already discovered nine layers of the town of Troy. Archaeologists proposed various dates corresponding in the layers VI and VII as well VIIa or VIi correspond to the ΥΕ III Β 2 (Late Mycenaean B Age or Late Bronze Age). Also, the ancient writers have given various dates of the Trojan War.

It is known that some astronomical events are described in the Homeric epics. Among them, a solar eclipse mentioned by Heraclitus of Pontus (Allegories, 75, 1, 1-9, 3), is described in the Odyssey during the suitors killing (Od. 20. 356-357).

Papamarinopoulos et al (2012) studied the Homeric text’s details (climate, plants, fruits, agricultural and bucolic scenes, the long lasting nights, the constellations description etc.) and concluded that Odysseus’ arrival was autumn. The authors justified that the annular solar eclipse of the 30th October 1207 yr B.C. observable from the Ionian Islands as a partial one with significant obscuration of 75% is that mentioned by Homer.

A solar eclipse of the 17th November of 1301 yr B.C. (based on NASA catalog) was visible in the Ionian Islands as a partial one with obscuration 46%.

We examined fully the solar eclipses’ occurrence (partial, annular, total) based on NASA catalog; within the time span 1400-1130 yr B.C. We did not find another pair of so- lar eclipses, separated by ten years, which would be visible in Troy and in the Ionian Islands re- spectively satisfying fully all the Homeric de- scriptions, both in the Ionian Islands in the au- tumn (with Venus observable at eastward sky) and Troy’s environments within the spring and summer respectively.

According to Papamarinopoulos et al (2012), Odysseus departed from Ithaca after the autumn equinox (4th October) of 1227 yr B.C. and he re- turned home after the autumn equinox of 1207 yr B.C., marking 20 years of absence. Conse- quently the first year of the Trojan War was 1227-1226 yr B.C. because battles were not con- ducted during the winter. The 10th year of the war was between spring equinoxes (1st April) of the years 1218 and 1217 yr B.C. respectively. More- over, we read in the Iliad (Il.2.134-138) that a wise man, called Calchas (Κάλχας) said that ‘so shall we fight nine years at Troy, but in the tenth shall take the town’. Also, Agamemnon in Il.2.134-138 said that ‘nine of Jove years are gone…’ and Odysseus said in Il.2.295-296 that ‘it is now nine long years that we have been kept here’. Consequently, we can say that the Iliad’s events happened at the beginning of the 10th year, in the spring and summer of 1218 yr B.C. Taking into account, all these analyses, we reached a new date for the Trojan War’s end based on the solar eclipse of the 6th June of 1218 yr B.C. visible in Troy.

The annular solar eclipse of the 6th of June 1218 yr B.C. was visible as a partial one with significant obscuration over 75 % in Troy (Figure below). It occurred in Gemini constellation between planets Venus and Mercury. Its view was in NW direction between the well known in antiquity constellations of Ursa Major and Orion, eastward to Pleiades and Hyades clusters of Taurus constellation.

According to the Homeric epic, Hephaestus built a new shield for Achilles decorated by nine scenes because the previous was taken by Hector when he killed his friend Patroclus. The last scene offered to the ‘Ocean’ and the first scene is described in Il.18.483-489:

(English) : ‘Therein he wrought the earth, therein the heavens therein the sea, and the unwearied sun, and the moon at the mighty Orion, and the Bear, that men call also the Wain, that circleth ever in her place, and watcheth Orion, and alone hath no part in the baths of Ocean.’

In that, Hephaestus presents the world’s creation the Earth, the Sea, the Sky with the Sun, the Full Moon and many stars. From all these stars, he preferred to present the following well known constellations: The Pleiades and the Hyades which belong to the Taurus’ nebulae, the Orion and the Ursa Major (Bear). The latter is characterized as circumpolar constellation! We note that the constellations mentioned by Homer define peripherally the sky’s region in which the solar eclipse occurred with the most known and shining stars, in both cases of 1218 and of 1312 yr B.C. solar eclipses. The very first and the last from the thematic concentric scenes show where that shield was devoted: a) To Patroclus’ memory. It showed the sky view at the time of his death. His friend Achilles was holding always this shield in the battles. b) For gratitude to Thetis, Achilles’ mother, who helped, once, the builder of the shield, Hephaestus and protected him in the Ocean’s caves (Il.18.394-409).

We examined Homer’s text in order to see if a new moon phase has occurred because it is an absolute necessity for the appearance of a solar eclipse. We also examined in which season, the facts in connection with the Iliad, are involved because both dates (Henriksson’s (2012) and ours in the current paper) indicate June.

The night before Patroclus’ death, the Trojans were compelled to make many fires in order to watch better the Achaeans’ possible maneuvers (Il.8.500-511) because the night was black (‘νυκτί μελαίνῃ’). In Il.10.220-253, the Achaeans take advantage of the black night (‘νύκτα μέλαιναν’) and decide to send two spies towards the Trojans’ camp. Also, the Trojans thought alike in connection with the black night (‘νύκτα μέλαιναν’) and sent Dolon to spy the Achaeans (Il.10.357-395). Diomedes and Odysseus killed Dolon, they removed his weapons and placed them under a tamarisk bush in order to find them because of the black night (‘νύκτα μέλαιναν’). Also, in Il.10.275-277 indicated: ‘τοι δ’ ουκ ιδον οφθαλμοίσι νύκτα δι’ ορφναίην… and though they saw it not through the darkness of night…’. The above mentioned Homeric characteristic descriptions denote categorically a moonless night. It can be interpreted firstly either with the moon’s setting before the night comes or that is going to rise in the next day’s dawn and secondly there is a minute moon crescent near or in the phase of the new moon. Both cases lead to a dark night. If indeed the solar eclipse occurred, then the phase of the new moon is a rigid fact.

Moreover, Diomedes and Odysseus heard the cry of a migratory bird; a heron-ερωδιός (Il.10.274). The latter arrives to the North Aegean Sea in the spring and stays there until the summer’s end (Vougioukalou (2009)). Also, when the two heroes returned to the Achaeans’ camp, they went straight into the sea (‘θαλάσσῃ εσβάντες- they entered the sea’) in order to wash away the abundant sweat (‘ιδρώ πολλόν νίψεν- had washed the abundant sweat’) as described in Il.10 572-575. Similar scenes as above are described in the next morning in Il.11.621-622 (τοι δ’ ιδρώ απεψύχοντο χιτώνων, σταντε ποτί πνοιήν παρά θίν’ αλός – And the twain dried the sweat from their tunics standing in the breeze by the shore of the sea), Il.11.642-643 (Τω δ’ επεί ουν πίνοντ’ αφέτην πολυκαγκέα δίψαν μύθοισιν τέρποντο προς αλλήλους ενέποντες- Then when the twain had drunk, and sent from them parching thirst, they took delight in tales) and Il.11.811-812 (κατά δε νότιος ρέεν ιδρώς ώμων και κεφαλής- And in streams down from his head and shoulders flowed the sweat). From all the above, it is concluded that the Patroclus’ death day was a warm day. We note that the summer solstice was on the 4th July of 1218 yr B.C. according to Starry Night program. Our proposed date on the 6th of June 1218 yr B.C. fits with the seasonal detail of an early summer’s warm day fully. 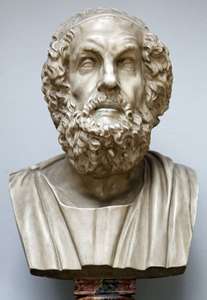 There is a unique pair of solar eclipses which are described in the Homeric Epics exhibiting a ten years time span between them. We examined the solar eclipses for the time period from 1400 to 1130 years B.C. taking into account that battles were not conducted in the winter. We also took into account the battles’ specific warm conditions in the Iliad and the autumn conditions in Odysseus’ return, respectively, as described by Homer analytically. Within both those corresponding, conditions mentioned above, the planet Venus was in the east sky before sunrise a) five days before Odysseus’ arrival and b) three days after Patroclus death’s day. We found only one pair of two solar eclipses which satisfies fully the Homeric text: a) the annular solar eclipse on the 6th of June 1218 yr B.C. for the Trojan War’s end and b) the annular solar eclipse on the 30th of October 1207 yr B.C. for Odysseus’ return, observed as partial solar eclipses in Troy and the Ionian Islands respectively, with almost the same significant obscuration of 75%.

8 thoughts on “Astronomical research suggests that the Trojan war ended on 6th of June 1218 B.C.”