Byzantine law did not know national and racial differences and was emphatically universalistic with regard to ethnicity. Official codes commenced with the defining of religious identity (Orthodoxy) as the core characteristic of a Roman subject. All mankind was divided into two main classes: those confessing the Orthodox faith and all others, including Jews, Christian heretics, and pagans. 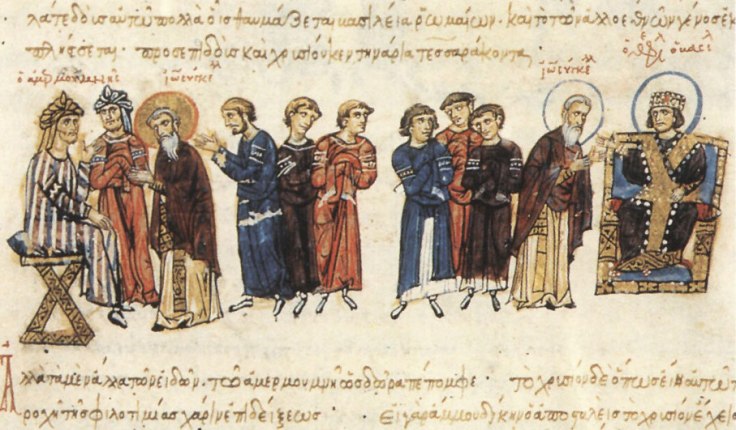 For the Byzantine legal taxonomy, not ethnicity but religious differences were fundamental. For this reason, Byzantine legal thought was totally indifferent to the Turks as an ethnolinguistic group. However, given the predominantly Muslim identity of the Anatolian Turks and the predominantly pagan identity of the Transdanubian Turks, some reaction to the Turkic presence in the empire can be found in the Byzantine regulations concerning non-Orthodox individuals and religious communities.

References to the juridical status of Muslims were surprisingly rare in Byzantine legal sources. Neither civil nor canon law provided any explicit definition for the Muslim religion. Such definitions are found, however, in polemical heresiology and seem to have been taken as fundamental by legal thought. It seems that Byzantines virtually divided (albeit never explicitly conceptualized) all the non-Orthodox into three categories: heathens, Jews, and heretics. Jews and heretics were holders of a partial knowledge of the True God, while the heathens completely lacked such awareness. John of Damascus, the most influential Byzantine polemicist against Islam, whose assessment of that religion laid the basis for the later polemical Christian tradition, gave modern researchers a reason to believe that Islam could be considered by the Byzantines to be one of the Christian heresies. John of Damascus, in particular, refers to Islam as a false doctrine, inspired by an Arian monk. However, as Paul Khoury has shown, the careful reading of John of Damascus’ texts leaves no doubt that Byzantine theology qualified Islam as a false pagan doctrine (αἵρεσις, τὰ συντάγµατα) and a pagan faith (θρησκεία, πίστις). Dogmatic interpretation of Islam as paganism is well reflected in canonical legislation and other genres of Byzantine literature that habitually qualified Muslims as infidels (ἄπιστοι, ἄθεοι, ἀσεβεῖς).

The formula of abjuration from Islam, which had taken shape, apparently, at least by the ninth century, anathematized not only the Prophet Muḥammad and his teaching, but also “the god of Muḥammad,” thus implying that the Christian (including Christian heretics) and Jewish deity and that of Muslims were different beings. The abjuration formula with the anathema of “the god of Muḥammad” was apparently predominant in being incorporated into standard catechetical books, including those of the Great Church. Of course, such an interpretation of the Muslim concept of the deity was not unquestionable among Byzantine intellectuals. A commonplace example is the emperor Manuel I’s attempt to remove the anathema of “the god of Muḥammad” from the abjuration formula, which met fierce resistance by clergy. Theologians (especially, the patriarch Theodosios and Eustathios of Thessalonike) insisted that Muḥammad worshiped another (ἕτερος θεός), an idol-like god who “neither begot nor was begotten” and was ὁλόσφυρος.

The assessment of Islam as paganism is understandable in the context of Byzantine legal thought. In the twelfth century, the famous canonist Balsamon (d. after 1195), seemingly keeping in mind Basilics, explained that in civil law a “heretic” was “a person who eluded the Orthodox faith even if to the smallest extent and was subject to the laws against heretics.” At the same time, the canonist continued, Latins, Armenians, Monothelites, Nestorians, and the like had turned aside from the Orthodox Church “not little but very significantly and inexcusably.” Balsamon did not refer here to Muslims but it is clear that, in the context of these considerations, the distance between Orthodoxy and Islam was seen as immeasurably more significant than the discrepancy between Orthodoxy and Christian heresies. Canonical literature of the twelfth to fifteenth centuries confirms the likeness of Muslims and pagans in legal discourse. The heathen “Scythians” (i.e., Pechenegs and Cumans, among whom Islam was not prevalent) are always coupled with the “Hagarenes,” that is, the Seljuk Turks of Anatolia who had adopted Islam to an extent during their passing through Central Asia and Iran. It seems therefore that the legal status of Islam in Byzantium should be compared with that of pagans, that is, “Hellenes” and “Gentiles” (τὰ ἔθνη) of the early Byzantine tradition, but not with the status of Jews and heretical Christians, who partially shared with Orthodoxy what was seen as the religious truth. References to Muslims and Scythian pagans in Byzantine legal or in exclusively canonical literature are random, not systematic. 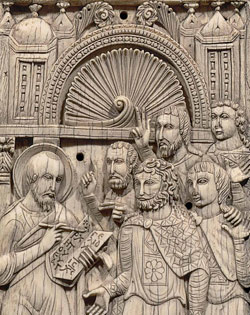 [NovoScriptorium: You might also be interested to read one more article on fundamental differences between Eastern Roman Orthodoxy and Islam considering the notion of ‘Holy War’]