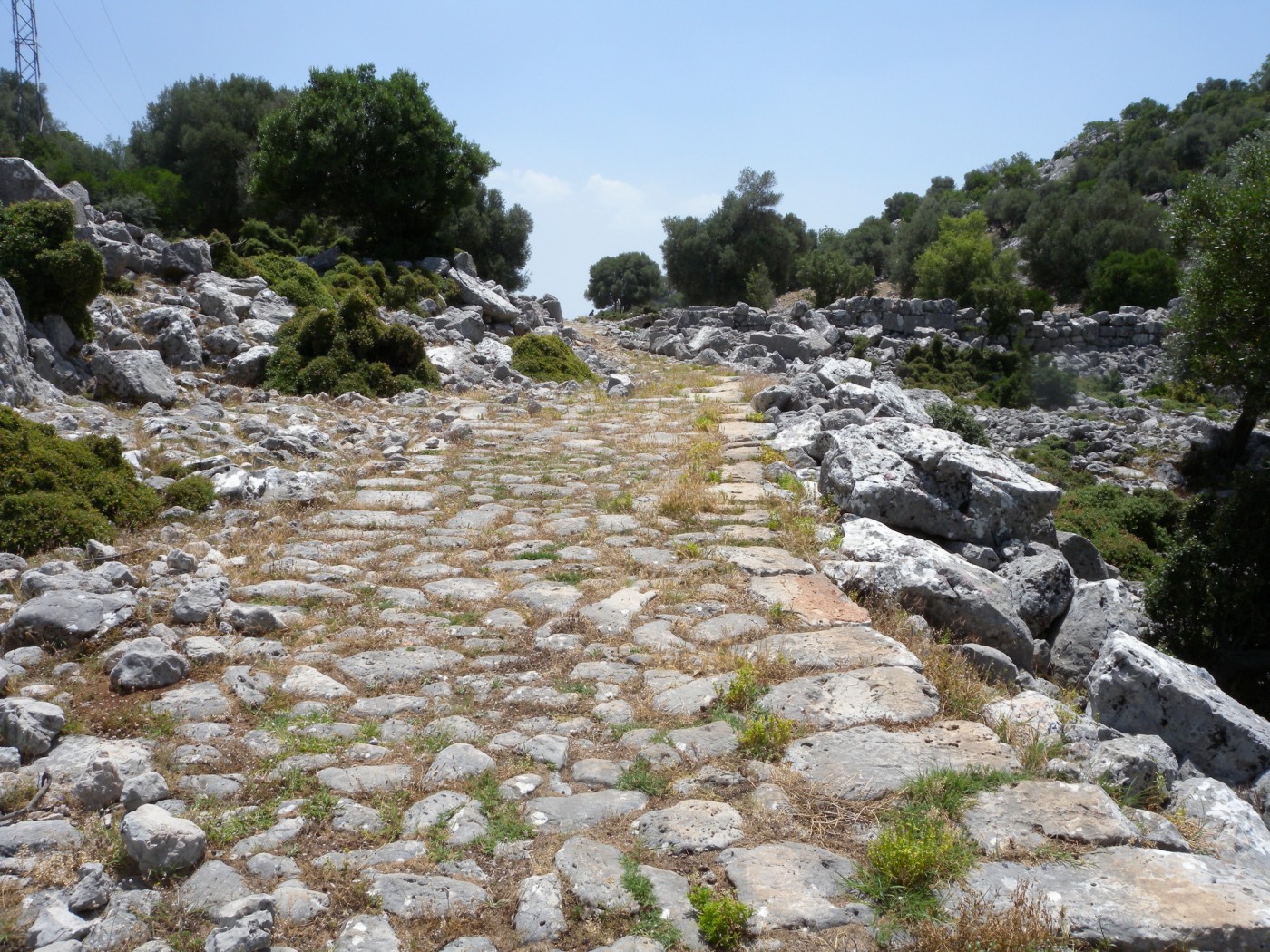 The large land mass of Byzantine Anatolia was closely knit by the system of roads which the empire had largely inherited from the days of the Roman Empire.

There was some readjustment of the system which occurred with the transferral of the capital to Constantinople, but aside from that the road system persisted in its principal form down to Turkish times. 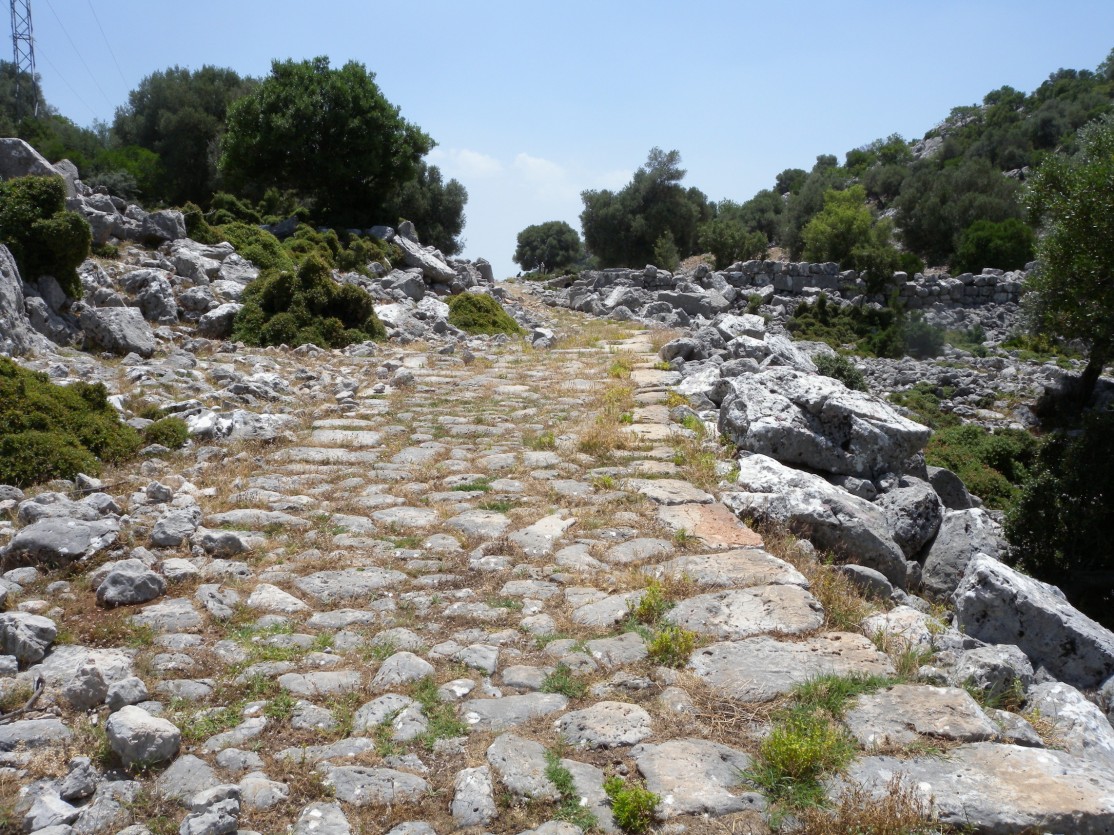 The organization and maintenance of the road network was essential for the Byzantines in Asia Minor inasmuch as it was the means by which this province could be more tightly integrated into the empire. It facilitated the movement of Byzantine armies and ensured areas threatened by the enemy with a more rapid defense. The roads also made easier the relative efficiency of the bureaucrats who administered the provinces and who, at the same time, remained under closer supervision of the central government as a result of these roads. Of equal importance was the accessibility of the major Anatolian towns and cities to merchants, caravans, and currents of trade as a result of this arterial network. The frequent use of these highways by the armies, officials, merchants, pilgrims, and others, is copiously noted not only by the Byzantine historians and hagiographers but also in the accounts of the Arab geographers and travelers.

The major routes ran in a northwest to southeast direction, though there
were smaller routes running in a north and south direction. The northwest-southeast
routes generally ascended rrom the coastal region of northwest Anatolia at some point along the Sangarius, cut through the mountains separating the coastal region from the central plateau, and then traversed the plateau itself. Thus one route skirted the northern rim of the plateau going through Amaseia and Coloneia, another route cut through the central plateau region via Saniana and Sebasteia, and a third skirted the southernmost reaches of the plateau going through Iconium to the Taurus. The most important of these was the great military highway used by the emperors when marching out to meet the Arabs on the eastern borders. It led from Nicaea via Pithecas, Leucae, and Malagina to Dorylaeum where the road climbed through the mountains onto the plateau. Then it proceeded through Trocnada and Pessinus, across the Sangarius River over the Zompus Bridge, through the town of Gorbaeus to the south of Anhra, across the Halys River to the town of Saniana. Here the road forked, the branch leading to the southeast going through Mocissus and then branching again, the two branches going to the great Cappadocian center of Caesareia and to Tyana and Tarsus respectively. The other road leading from Saniana went almost directly east to the city of Sebasteia. Once more the highway branched into three routes: the northernmost leading to Nicopolis and Coloneia; the central branch going to Tephrice and Theodosiopolis; the southeast artery pushing to Melitene where it joined the road from Caesareia. A critical juncture of this highway was Saniana, for it was from this town that the three main branches went to the regions of the Taurus, Cappadocia, Melitene, Sebasteia, and Coloneia. 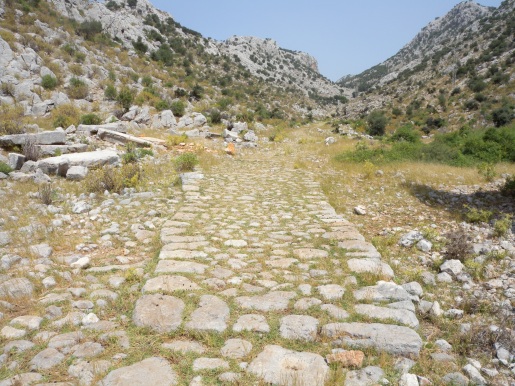 There was a number of large military stations or camps along this highway, at which standing camps the armies of the various themes gathered and joined the emperor as he marched eastward to the borders. These military bases, or aplecta as they were called, were often important towns located on the main highway or within easy reach and were supplied with all the necessities for provisioning troops. The tenth-century emperor Constantine VII mentions six aplecta. The first, at Malagina east of Nicaea on the banks of the Sangarius, possessed the cxtensive stables of the emperor, an arms depot, and storehouses with provisions for the army. This was probably the mustering center for the troops of the theme of Optimaton. Dorylaeum, the gateway to the central plateau, was the gathering place for the troops of the Thracesian and Opsicion themes. Ibn Khuradadhbih reveals that the emperor had constructed seven large bathing arcades over the hot springs of the city, and that each could accommodate 1,000 men, no doubt intended for use by the armies. The third aplecton, the bishopric of Kaborkeion, was slightly to the south of the highway. The troops of the Anatolic and Seleuceian themes, together with those troops under the Domestic of the Scholes, assembled at Kaborkeion, a site amply fed by the sources of the Sangarius River, and then marched to Trocnada on the military highway where they fell in with the advancing army. The fourth aplecton, Saniana, was on the eastern bank of the Halys, again a well-watered spot and thus capable of accomodating large numbers of men and horses. It was here that the road forked, going on the one hand to Sebasteia, on the other to Caesareia and the Taurus mountains. If the emperor were marching to Cilicia, then the troops of all the eastern themes joined him at Saniana. But if he were marching directly east toward Melitene, only the troops of Bucellarion, Paphlagonia, and Charsianon met him at Saniana, while the troops of Cappadocia, Armeniacon, and Sebasteia met him at Caesareia, the fifth aplecton. The sixth aplecton was that of Dazimon. Here the troops of the Armeniacon were mustered, and when the emperor was marching to Sebasteia and points east, they joined him at the station of Bathys Rhyax. 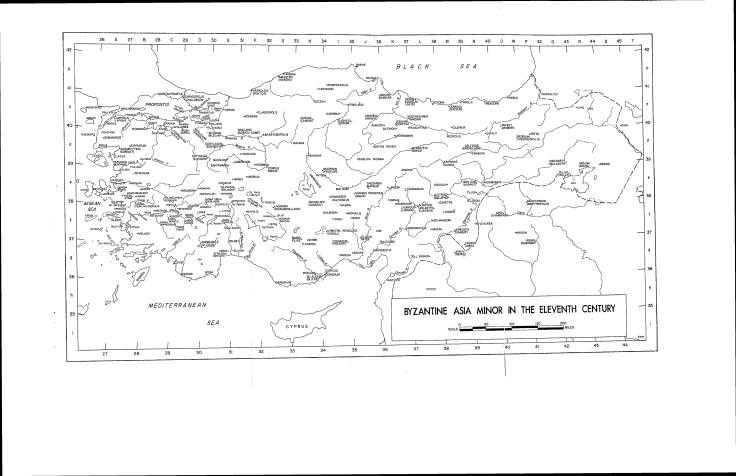 A second trans-Anatolian highway skirted the southern confines of the Anatolian plateau, a route often referred to as the pilgrim’s route, though it was also an important military and commercial artery. It too commenced at Malagina and progressed through Dorylaeum, Polybotus, Philomelium, and Iconium to the Cilician Gates. There were at least two variations of this route to Iconium: one athat went via Malagina-Cotyaeum- Acroenus-Polybotus-Philomelium-Iconium and the other that traversed Malagina-Dorylaeum-Amorium-Laodiceia-Iconium. There was a third road that avoided Iconium altogether by going from Dorylaeum-Pessinus to Archelais and then south through Tyana to the Taurus. Another highway left from Nicomedia and went through Ankara, south to Archelais, Tyana, and the Taurus. Nicomedia and Ankara both served as important points of departure for the roads going across the northern regions of the Anatolian plateau. One route led from Nicomedia through Gangra (or an alternate route slightly to the north of Gangra), Euchaita (on the more southerly route), Amaseia, Neocaesareia, Coloneia, and Satala. Another road ran from Ankara to Gangra, Amaseia, and so on. There were also some important roads running north and south, perhaps the most prominent being the route from the coastal city of Amisus to Amaseia and down to Caesareia. Undoubtedly, there were similar roads leading inland from such Black Sea ports as Heracleia, Amastris, Sinope, and Trebizond. In the east, the road from Sebasteia went through Tephrice and Theodosiopolis to Manzikert, while Arabissus was similarly joined to Melitene in the east and to Germaniceia in the south via the passes of the Anti-Taurus while Germaniceia was in turn connected with Samosata.

Of particular importance was the busy road from Attaleia via Cotyaeum and Malagina to Constantinople. An official of the post system, who resided in Attaleia, supplied horses and transportation for travelers going overland, or passage by ship to those going by sea. Ibn Hawkal states that while the journey took only eight days on the highway, the sea voyage, provided the winds were favorable, required fifteen days. Side and other towns of Cilicia were similarly connected by traversible roads to the main highway system going through Iconium. In western Asia Minor the roads for the most part seem to have followed the coastline and the river valleys.

Anatolia was effectively served by this system of major roads, which went generally in a west to east, or west to southeast direction. This network was intersected by numerous smaller roads, entering from the coastal areas of the northwest and west, and also by a smaller number of north-south routes cutting over the plateau. That the armies frequently used these roads goes without saying. Merchants, including Jews and Arabs, seem to have followed the great networks for commercial reasons with the result that knowledge of all the major land routes appears in the texts of the Arab geographers. The roads were extensively traveled by pilgrims-pilgrims who visited not only the Holy Land but also the numerous shrines of the greater and lesser Anatolian saints.

(Source: The Chapter titled “Byzantine Asia Minor on the Eve of the Turkish Conquest“, from the book titled “The Decline of Medieval Hellenism in Asia Minor and the Process of Islamization from the Eleventh through the Fifteenth Century“, by Speros Vryonis, Jr.) 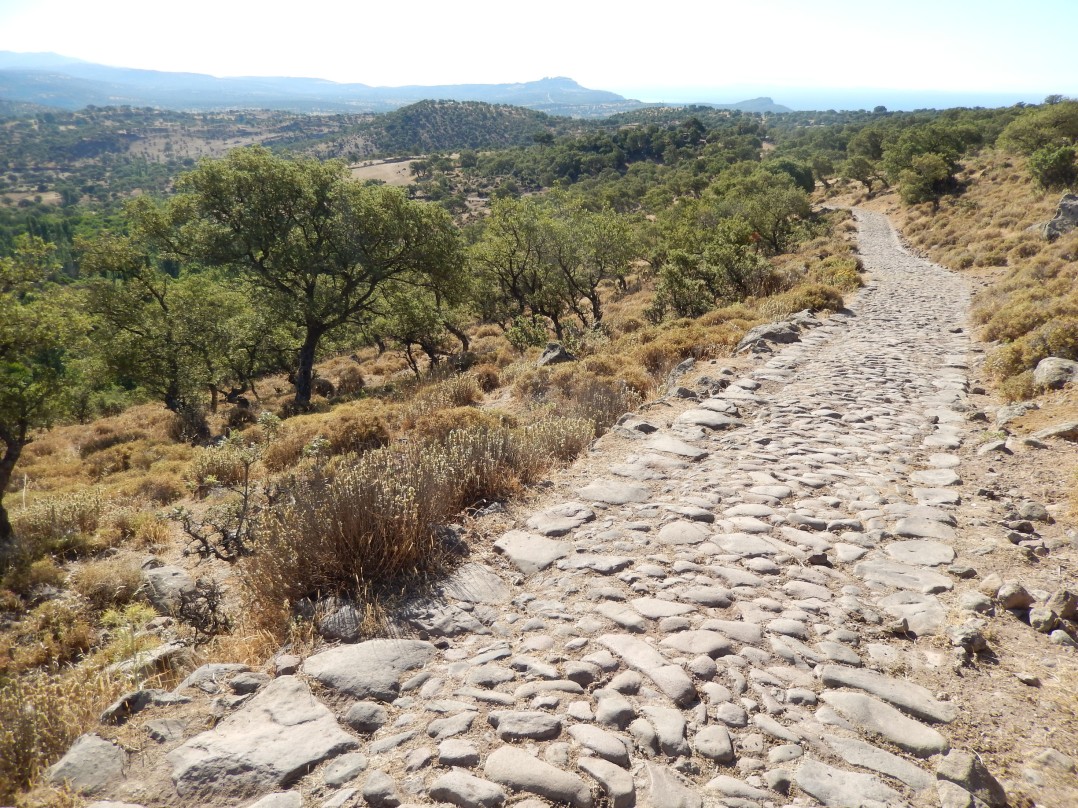