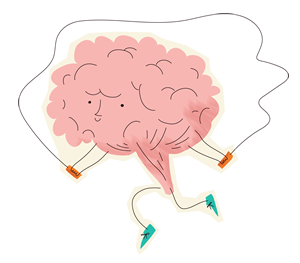 Those with mild cognitive impairment who started exercising after their diagnosis had an 11% lower risk of developing Alzheimer’s disease than people who did not exercise at all. Stopping exercise after being diagnosed with mild cognitive impairment was associated with the same risk of developing Alzheimer’s disease as not exercising before or after diagnosis.

The authors used electronic health record data of people diagnosed with mild cognitive impairment from the National Health Insurance Service cohort of Korea from 2009 to 2015. The average age of participants was between 64 and 69 years. Physical activity was measured using a questionnaire asking participants how much they had exercised in the previous seven days.

The authors suggest that regular exercise may increase the production of molecules that support the growth and survival of neurons or increase blood flow to the brain, which could prevent a reduction in brain volume that is often associated with dementia.

The authors caution that as information on physical activity was collected at two time points during the study, it is unknown whether the type, intensity, duration or frequency of participants’ exercise changed at any other points during the study period. Further research is needed to assess how long the protective effect of regular physical activity against Alzheimer’s disease lasts and to investigate the biological mechanisms underlying the protective effect.